https://www.ajmc.com/journals/evidence-based-diabetes-management/2019/september-2019/jdrfs-kowalski-sees-hope-in-bipartisan-support-for-insulin-pricing-reform
JDRF's Kowalski Sees Hope in Bipartisan Support for Insulin Pricing Reform
Andrew Smith
JDRF’s mission is to seek new treatments for type 1 diabetes (T1D), but the skyrocketing costs of existing insulin formulations have hurt so many patients that the new CEO of the 50-year-old organization has asked legislators to reduce the cost of currently available medications. The JDRF officially backs a new bill that would ban rebates on insulin formations that sell above their 2006 prices.

Aaron Kowalski, PhD, said in an interview with Evidence-Based Diabetes Management™ (EBDM) that action is needed not only by Congress, but also by insulin makers, health plans, and the executive branch. The most important goal: ending a crosspayment scheme that many blame for potentially deadly price increases. 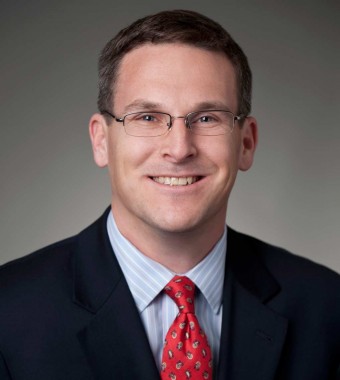 “We see the issues related to the rebate system as being the biggest challenge for us right now,” Kowalski said. “In a normal capital market where you have at least 3 similar products, as we do for most types of insulin, you’d see competition driving retail prices down. The rebate system lets the 3 insulin makers chase the prices up rather than chase them down. It hurts everyone, but it is extremely painful to people who are uninsured, who are underinsured, and who have high deductibles or copays.”

Pharmaceutical companies and payers keep nearly everything related to drug costs as confidential as the law allows, so many market specifics remain unknown, but the basics seem clear:

It’s unclear what effect the rise in list prices has had on major payers. They may be negotiating such good rebates that their net insulin costs have risen very little, if they have risen at all. But skyrocketing list prices have hammered people who pay list prices or make copayments that are based on list prices—even very affluent people. Kowalski, the first CEO of the JDRF who has T1D, has seen it up close.

“My brother is a successful architect who runs his own business, but it’s a small business, 15 people or so, and his deductible was $12,000 or $14,000 a year,” Kowalski said. “His wife switched jobs for insurance because he was paying out of pocket for this insulin, at full list price, until he hit his deductible every year. He is a successful business person, but paying $300 a vial, multiple times a month, is a life-altering cost. For anybody who is living on a more normal income, which is the bulk of our population, that is an incredibly painful price for a drug that sustains your life.”

The legislation, whose primary sponsor is US Senator Jeanne Shaheen, D-New Hampshire,  is also supported by the American Diabetes Association. It would restrict the use of rebates, both in Medicare Part D and the private insurance market, for insulins whose list prices were initially rolled back to 2006 levels and then increased at no more than the general rate of medical inflation. The legislation would also require private insurance plans to waive deductibles for medications whose list prices fell to the required levels.3

“If that passes and all goes as expected, that would drive list prices down about 70%, but prices would still be considerably higher than they are in Canada, where people are paying about $40 a vial,” Kowalski said. “During recent Congressional hearings, the manufacturers admitted they were making money at the Canadian price. They’re not giving away insulin or selling it at a loss. And that tells us that there is plenty of room for profitability at 30% of current prices.”

Even if this particular bill does not pass, Kowalski believes there’s a very good chance that patients will get some relief.

“We have been encouraged that there is bipartisan anger at the situation that we’re in,” he said. “I’ve talked about this in both the House and Senate, and both sides of the aisle are very frustrated, as are both President Trump and the Democratic candidates [for president]. The reason for this support is that diabetes doesn’t affect only [Republicans or Democrats]. It affects both, and that should drive a bipartisan effort to help fix this problem.”

The US patent and market exclusivity systems attempt to balance the need for innovation and affordability in the drug market. Patents award a 20-year period of patent protection at any time during the development of a new drug before (theoretically) allowing generics or biosimilars to the market. Exclusive marketing rights are granted by the FDA upon approval of new drugs, the length of which depends on the type of product. Patents and exclusivity are separate and may or may not run concurrently. Analysis from JDRF’s health policy team, among others, has convinced Kowalski that pharmaceutical companies have undermined this balance with tactics that range from gaming the patent system for longer protection to bribing would-be competitors not to compete.

“We at the JDRF believe that the key to getting pricing down further is to get more biosimilars to market, increase competition, and provide more options to patients, but, frankly, we’re fairly disappointed at the pace that the biosimilar market has played out in the United States,” Kowalski said. “The same seems to be true for the senior leadership at the FDA. They seem very committed to doing everything possible to get biosimilars to market as quickly as they can without compromising the quality of the product, so the real problem here seems to be the aggressive use of the patent system and everything else that companies do to keep competition off the market. It’s definitely a problem, but we haven’t taken a stance on how to fix it because we are focusing on the rebate issue first.”

The price of patent-protected drugs in the United States tends to be 20% to 40% higher than in other rich nations, and there are many economists who believe that reducing American prices would greatly reduce development spending by pharmaceutical companies, which currently make about half of all their profits here.4 The insulin market may be different, however, as the price premium on insulin formulations is much greater. Insulin prices here can be more than 10 times what they are in Canada, and prices remain way above production costs for medications that have been off patent for years. As a result, there is much more room for cutting prices while maintaining incentives for innovations that Kowalski says are still very badly needed.

“Insulins have improved greatly over the past few decades, but there is still a lot of room for improvement,” he said. “Today’s insulins are easier to use, but they’re still too difficult, and we know that from data. The bulk of people don’t get to target A1C [glycated hemoglobin] levels because dosing insulin is like walking on a tightrope. If you use just a little too much, you have hypoglycemia, which is immediately dangerous. If you use just a little too little, you have hyperglycemia, which brings about long-term complications. Insulins also work faster than they used to, but they’re not even close to what the body can do. We’d certainly like a faster-acting insulin. We’d also like what some people call a smart insulin, a product that only reacted when your blood sugar was high. We need innovation, so we do need enough profit to be made for innovation. But we also need fair pricing once things get to market.”

Although the JDRF hopes that dramatic price cuts will soon allow anyone to go to their local pharmacy and load up on the most sophisticated insulins, Kowalski says there are workarounds for people who cannot buy such products at current prices.

“No one should be using so little insulin that they put their lives in jeopardy. There are options,” Kowalski said. “For people who live near Canada, that is an option. I have a friend who is a doctor in Seattle, and he says that nearly half of his patients who need insulin get it in Canada, where the price of analogue insulins is about $40 a vial.”

Community health centers can provide help, too, as can company drug assistance programs (the JDRF has listed information at jdrf.org/insurance). Another option is using older insulin formulations.

“I went out for my daughter’s graduation this May, and I realized I didn’t have insulin with me. I have good coverage, but I had just filled my prescription, so my options were to pay cash for the insulin I normally use or to go back to the nonanalogue human insulin that I used back in the 80s or 90s. I chose the old insulin because it was much cheaper. You can buy it at Walmart for about $25 a vial, and it’s a genuine alternative. If your options are full doses of cheap, nonanalogue insulin or way too little of the newer formulations, the older insulin is clearly the better option. It will keep you alive.”

“It simply isn’t as good,” Kowalski said. “I’m a PhD scientist, I work in the business, and I had more than a decade of experience using these formulations before analogue insulins came around, but my blood sugar was still an absolute mess when I was using that older formulation.”

Importing medicines from Canada also has obvious difficulties for individuals. As for reimportation at the national level, which President Trump recently proposed, Kowalski believes there has to be a better way to drive prices down.

“It shouldn’t come to that,” he said. “It is silly to devise this Rube Goldberg system for sending drugs from here to Canada and bringing them back to here. We need systemic change.”

JDRF’s very public advocacy for price-reducing measures from Washington has been well received by other advocates for patients with T1D. Some of those advocates have accused the JDRF of shying away from stances that would upset the pharmaceutical companies and device makers that are developing the next generation of treatments and that donate some money to JDRF coffers—a criticism that Kowalski says is utterly unfounded.

“I strongly object to that characterization. The dollars we receive from pharmaceutical companies or other companies in the medical field make up a tiny fraction of our budget; I believe it’s less than 3%. And those are unrestricted grants or targeted to educational programs that we run,” Kowalski said. “That amount of money wouldn’t affect decisions anywhere, let alone at an organization that is governed by people who have type 1 diabetes and people whose children have type 1 diabetes. Parents whose children have type 1 diabetes are not going to compromise patient care for pharma dollars. That money has no effect on any of our decisions. This organization is driven by a passion for helping people with this disease, not for seeking corporate support.”
Print | AJMC Printing...