Hospital or Home: Building a Better US Maternity Care System 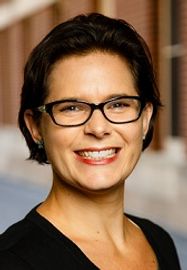 A recently-published paper in the New England Journal of Medicine sheds light on an urgent question: is it safer for moms and their babies to give birth at a hospital or in a setting outside a hospital?

A recently-published paper in the New England Journal of Medicine sheds light on an perennial, urgent, but empirically unanswerable question: is it safer for moms and their babies to give birth at a hospital or in a setting outside a hospital (such as a birth center or at home)?

The reason this is empirically unanswerable is that the counterfactual is never observed, and it is neither ethical nor feasible to randomize people to give birth in a particular setting.

The reason this question is urgent is because four million women give birth each year in the United States, but we don’t have enough good evidence to guide choices around birth settings in the US context. In 2013, the Institute of Medicine convened a workshop to update a 1982 Consensus Report on Research Issues in the Assessment of Birth Settings. The purpose of the workshop was to engage in a dialogue about birth setting assessment and to identify and discuss relevant data and research, not to reach consensus on any issue or make recommendations. Thirty years was a long time to wait between discussions—

indeed, a full generation—and while much research had been conducted in the interim, the 2013 workshop ultimately settled on the familiar refrain: “more research is needed.” They are right, more research is needed, but women and families are making decisions today about where to give birth, and the recent study from Snowden and colleagues might provide the best available information to guide these decisions.

Benefits and Risks: What the Study Found and Why It’s Particularly Helpful

As lead author Dr Jonathan Snowden stated in a NEJM Group Open Forum, “In conducting our study, our aim was to provide women, providers, and policymakers with accurate and up-to-date information on the risks and benefits of different birth settings in the US.” The study used data from Oregon birth certificates—which uniquely contain a data element on the planned location of birth—to assess infant morbidity and mortality, maternal morbidity, and obstetrical procedure use based on planned birth setting (comparing planned out of hospital birth with planned hospital births). Methodologically, an important contribution of this study is that it overcomes challenges of past research, which compared births based on location of delivery, not accounting for the planned location of childbirth. In terms of study design, they were able to accomplish a true “intent to treat” analysis, distinguishing births that were not planned to occur outside the hospital (excluded from this study), and the important group of births that were planned to occur at home or a birth center, but were transferred to a hospital.

After adjusting for clinical and socio-demographic risk factors, the study found comparatively higher risks of infant morbidity and mortality among planned out-of-hospital (OOH) births and comparatively higher risks of obstetric procedure use among planned hospital births. Whenever relative risks are described, absolute risk should also be communicated, so it should be noted that, for planned hospital births, the risk of infant mortality was 16/1000 and rates of labor induction and cesarean delivery were 30.4% and 24.7%, respectively.

What This Means for People Who Are Pregnant

In short, this study showed that there are real trade-offs based on birth setting. Planned OOH birth was associated with substantially reduced risks of not-infrequent and potentially harmful overuse of obstetric procedures, but is was also associated with increased risks of the rare but horribly tragic outcome of infant death. For each individual, choosing a birth setting has deep personal resonance, and likely depends on individual values, circumstances, and elements of the healthcare delivery system; how they support a patient and a provider in decision-making around a birth setting; and the management of labor and delivery.

A commentary that accompanies Snowden et al’s study was written by Drs Michael Greene and Jeffrey Ecker. They state: “Ultimately, women’s choices for place of delivery will be determined by the extent of their tolerance for risk and which risks they most want to avoid.” But those of us engaged in health services delivery and research need to consider risks and benefits from a systems perspective. In my view, the risks are unacceptably high in both hospital and home settings. Importantly, this study does not measure risks that are inherent to these birth settings; the risks can change if the system changes.

Changing the System to Make Maternity Care Safer for All Women

Dr Sarah Little, an obstetrician, describes the challenges and problems she has encountered in a US hospital, caring for homebirth to hospital transfers:

It’s time to set aside tired, well-worn debates about birth settings and begin to reach across disciplinary backgrounds and differences, to take advantage of the opportunity to improve the safety and quality of maternity care in all birth settings.