Al Lewis wears multiple hats, both professionally and also to cover his bald spot. As founder of Quizzify, he has married his extensive background in trivia with his 30 years experience in healthcare to create an engaging, educational, fully guaranteed and validated, question-and-answer game to teach employees how to spend their money and your money wisely. As an author, his critically acclaimed category-bestselling Why Nobody Believes the Numbers, exposing the innumeracy of the wellness field, was named healthcare book of the year in Forbes. As a consultant, he is widely acclaimed for his expertise in population health outcomes, and is credited by search engines with inventing disease management. As a validator of outcomes, he consults to the Validation Institute, part of an Intel-GE joint venture.
One would expect—if $6 of every $7 were truly going to chronic disease in anything like a literal sense—far more representation of chronic disease on this list of top DRGs. 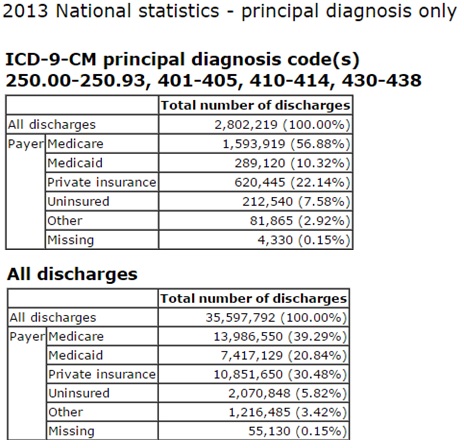 Time to Refocus Corporate Strategy?
Along with potential direct harms to employees, perhaps the biggest unappreciated harm of the wellness emphasis is diverting employers from list of most costly DRGs—and hence from the opportunities it reveals. (Every employer will have a somewhat different list, but most should resemble this one.) The remainder of this posting makes observations about what employers—and the government—could do based on this data.