Objectives: To examine the rates of self-reported Chlamydia trachomatis (CT) screening among young women and to examine the independent association of type of insurance and specific health plans with these rates.

Results: Being older, an immigrant, or having 1 sexual partner reduced the likelihood of CT screening, while being a smoker, being single, or having had multiple doctor visits as well as a Pap test or clinical breast exam increased this likelihood. The uninsured had the lowest rate, and public managed care enrollees had the highest rate, of CT screening, but this insurance effect was superseded by other explanatory variables. A few differences in significantly associated factors were identified when private health plans were separately examined.

The screening rates were primarily influenced by CT risk factors rather than insurance coverage.

The overall rate of CT screening was low.

Chlamydia trachomatis (CT) infection is the most commonly reported sexually transmitted disease (STD) in the United States.1 Over the last decade, the Centers for Disease Control and Prevention, the US Preventive Services Task Force, and several professional organizations (eg, the American Academy of Pediatrics, the American College of Obstetricians and Gynecologists, the American Medical Association) have recommended routine screening for CT infection for all sexually active women age 25 years and younger and for pregnant women of all ages, with a few variations in these recommendations.2-7 In addition, the National Committee for Quality Assurance (NCQA), a private, not-for-profit organization that monitors the quality of the majority of managed care organizations (MCOs) through voluntary reporting of performance measures, instituted CT screening as a performance measure into the Healthcare Effectiveness Data and Information Set (HEDIS); this measure calls for monitoring of annual CT screening of sexually active women age 16-25 years.8

Additionally, there is insufficient literature on the factors associated with the probability of CT screening for all sexually active young women, including insurance coverage. Despite the scarcity of information, a variety of efforts to increase CT screening have been undertaken to varying degrees of success. These efforts include educating sexually active young women to seek screening, encouraging health plans to promote CT screening, working with practitioners to increase awareness of guidelines recommending screening, and providing system support to clinical practices to routinely screen eligible women.

METHODSData and SampleWe used the 2003 California Health Interview Survey (CHIS) for this study. CHIS is the largest state-level health survey, with more than 42,000 respondents, and is conducted in English, Spanish, and 4 Asian languages to capture the diverse populations of the state. Data collection methods are described elsewhere.10 CHIS is the first large-scale survey to include a specific question on CT screening for women age 18 years or older and includes health plan membership information that allows linkage with external MCO data. All sexually active women age 18-25 years (n = 1659) were included in the study sample. Women were classified as sexually active if they reported at least 1 sex partner in response to the following question in the 2003 CHIS: &#8220;In the past 12 months, how many sexual partners have you had?&#8221; Adolescents younger than age 18 years were not asked about their CT screening in CHIS and were thus excluded from the data analyses.

Demographics, risk factors and socioeconomic characteristics, health status, and access to care were assessed for this group of young women. Age was dichotomized into 2 groups: 18-20 years and 21-25 years. Respondents were classified as white, Latino, African American, Asian American, American Indian, or other. The education variable was dichotomized as 12 or fewer years versus more than 12 years. Immigrants were compared with the native born, and those with limited English proficiency were distinguished from those fluent in spoken English. Urban or rural area of residence was identified. Risk factors included a dichotomized variable about the number of sex partners (1 sexual partner in the past year vs 2 or more) and history of smoking tobacco (yes vs no). Socioeconomic factors included family type (married, single without children, and single with children), income less than 200% of the federal poverty level, and insurance status (uninsured, private MCO, private non-MCO, public MCO, and public non-MCO). Health status was self-assessed as fair/poor health versus excellent or good health. Indicators of access included usual source of care (none, private doctor, public provider/clinic), experiences of delay in obtaining needed care, a Pap test or a clinical breast exam in the past 12 months, or number of doctor visits (none, 1-4, and 5 or more) in the past 12 months. Visits to nurse practitioners or physician assistants who may perform CT screening were not included in the original variable in CHIS, allowing the inclusion of number of doctor visits in the models.

The characteristics of the sample are reported in . Some characteristics of interest included a high rate of CT screening among individuals with a single sexual partner (83%), a relatively high rate of uninsurance (23%), and high rates of Pap tests (74%) and clinical breast exams (67%). The overall rate of self-reported CT screening was 25%, with differences in screening rates depending on demographics, risk factors and socioeconomic characteristics, and health status and access to care (Table 1). Specifically, significant variations by type of insurance existed. Those who were covered by non-MCO public insurance and those who were uninsured had the lowest rates of CT screening (18% and 20%, respectively) compared with individuals who had the other types of coverage. 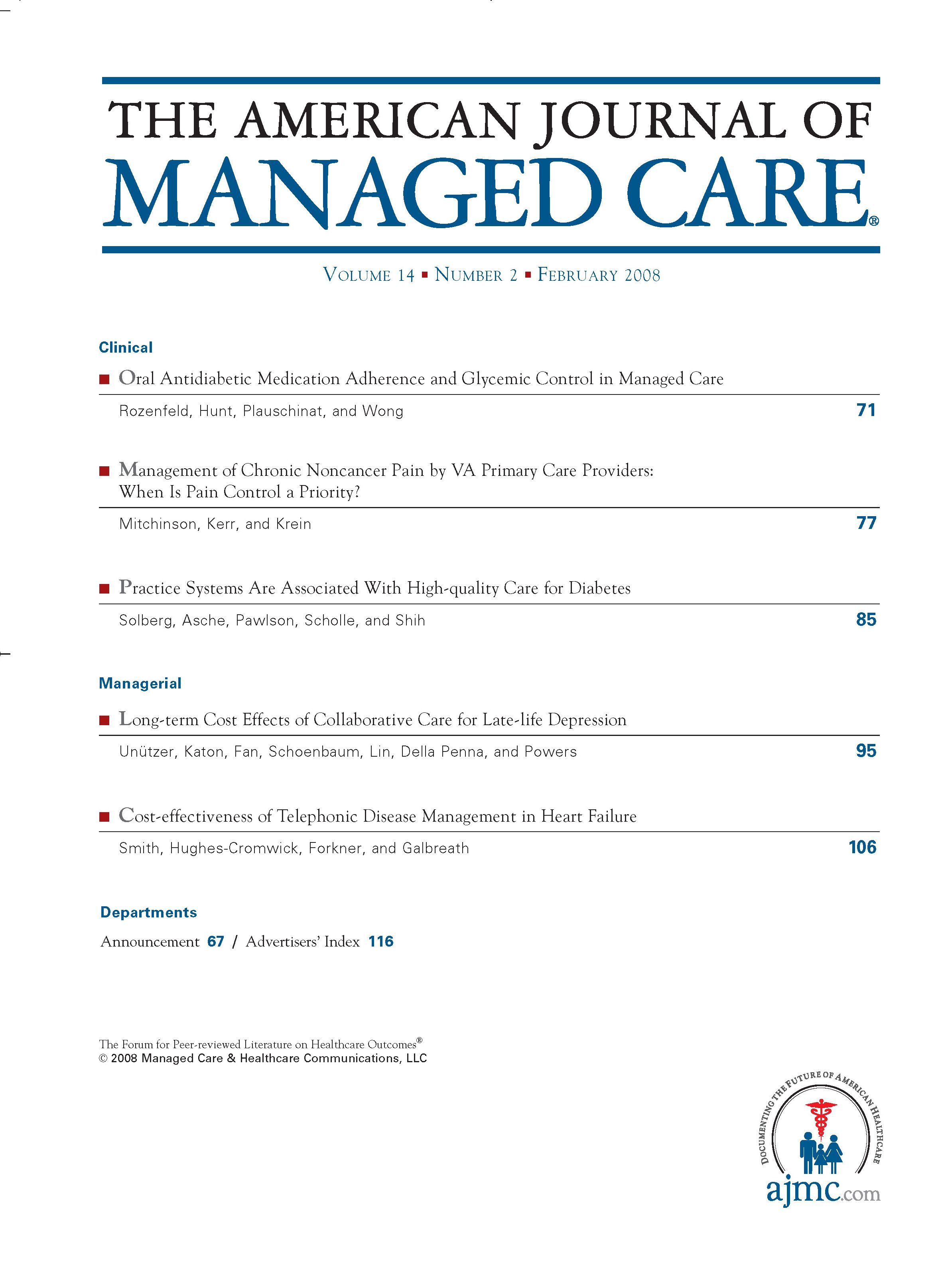