A new report by the law firm Frier Levitt, commissioned by the Community Oncology Alliance, has found that restrictive tactics by pharmacy benefit managers, particularly in the specialty pharmacy arena, could restrict patient access to much needed medications.

In-house physician dispensing has been a long-standing practice in the United States and has been proven to increase patient adherence to treatment and also improve clinical outcomes. Now, a new report by the law firm Frier Levitt, commissioned by the Community Oncology Alliance (COA), has found that restrictive tactics by pharmacy benefit managers (PBMs), particularly in the specialty pharmacy arena, could restrict patient access to much needed medications.

Regulated by state laws, physicians either dispense medications to their patients in their clinic or at physician-owned pharmacies, which operate similar to a retail pharmacy. The advantage here is patient monitoring and coordinated care, which leads to better outcomes. According to the report, PBMs are creating a crack in this system by shifting drug dispensing to their own specialty pharmacies or mail-order pharmacies owned by or associated with the PBM. “In-network” physicians can dispense a prescription drug to their patient participating in a PBM’s Medicare Part D network and can get paid by the PBM. Physician access to network pharmacies is, therefore, absolutely critical. Patients are subsequently restricted to fill out their prescriptions at these “in-network” pharmacies or obtain the drug through mail order. 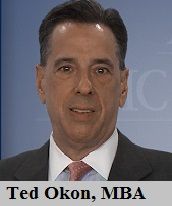 “The degree to which PBMs have consolidated into just 5 major corporations gives them enormous, approaching monopolistic control, over physician dispensing,” said Ted Okon, MBA, executive director of COA, via e-mail. "In addition to restricting network access, as CVS Caremark is proposing, we have also seen this with recent PBM announcements to restrict formularies."

Specialty medications mark a significant proportion of healthcare spending—they contributed to 37% of the drug spend in 2015 with the number projected to increase to 50% by 2018. A Milliman study found that dispensing physicians comprise 46% of the specialty drug spend and according to Mark Munger, PharmD, FCCO, FACC, professor at the University of Utah, physicians dispense 14% of all prescriptions purchased by consumers.

The current report states that in an attempt to increase their market share in the specialty business, PBMs have launched their own specialty pharmacies. Additionally, the issue is complicated further by the growing trend of developing oral oncolytic medications, which migrates the patient from physician-dispensed chemotherapy (covered under Medicare Part B) to pharmacy-dispensed oral drugs (covered under Medicare Part D). Despite provisions under the CMS Oncology Care Model (OCM) that emphasize physician-led care, including physician-dispensed in-house and out-patient drugs, PBMs are stamping participating physicians as “out-of-network.”

Asserting that it is too soon to tell how these restrictions on physician dispensing will impact patient outcomes in new care delivery and payment models, such as the OCM, Okon added, “What we do know is that physician dispensing is an established component of quality care for cancer patients. Restricting it disrupts care coordination and management, while increasing the cost to the patient—all of which affect outcomes and prognoses.”

CVS Caremark, the report states, reinterpreted a CMS rule and formulated a policy, to be implemented January 1, 2017, which will prevent physicians from dispensing medications to the company’s Part D patients. The company will consider all dispensing physicians as “out-of-network.” Further, CVS Caremark has stated that physician-owned pharmacies would not meet the PBM’s conditions for participating in the “retail pharmacy” networks and so would be “out-of-network” as well.

When asked how patients can be made aware of these PBM tactics, Okon said, “If restricting physician dispensing becomes a reality with CVS Caremark and other PBMs, then practices will need to inform their patients, which many have started doing recently. This is too important an issue for patient care to remain silent because it is the patients that are most affected. COA will help them do this by providing patient education resources to practices, and even to employers that engage PBMs. Hopefully by having these conversations we can raise awareness.”

As of now, CVS Caremark is the only PBM interpreting the CMS rules in this fashion.