A researcher at the University of Alabama at Birmingham (UAB) has found that diabetics who took the blood pressure medication verapamil during a large-scale study had lower fasting blood glucose levels than other participants.

The findings, published in Diabetes Research and Clinical Practice, follow work that showed verapamil reversed diabetes in mice with type 1 diabetes (T1D), and create anticipation for results of a clinical trial now under way at UAB. 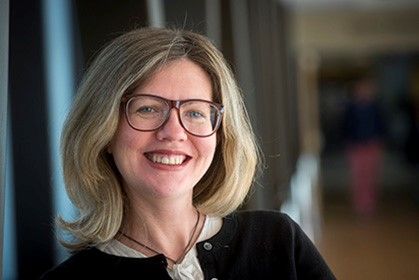 Yulia Khodneva, MD, PhD, a research associate at UAB’s Comprehensive Diabetes Center, examined how calcium channel blockers, including verapamil, affected fasting serum glucose in a cohort of adults who were part of a broader study known as REGARDS. Reasons for Geographic and Racial Differences in Stroke project, which is sponsored by the National Institutes of Health, is a 5000-person study seeking insights on cardiovascular risk factors.

Among insulin users, the results with verapamil were profound: users had 24 mg/dL lower serum glucose than insulin users who also used oral agents, and 37 mg/dL lower than those who used insulin alone.

“The change in glucose for that group compared to those not taking verapamil—37 mg/dL&mdash;is almost 4 times higher when you look at the whole sample of diabetic adults,” Khodneva said. “That made us think that verapamil is predominately active for participants who have type 1 diabetes or those with type 2 diabetes who have really damaged beta cells. There seems to be something that works on the structural level, especially for those who have stronger beta-cell damage>'

That finding would be consistent with results found in early work at UAB with mice. As reported previously in Evidence-Based Diabetes Management, UAB has been studying the effects of verapamil in clinical trials funded by JDRF, which originated in the laboratory of Anath Shalev, MD, director of UAB’s Comprehensive Diabetes Center. Shalev’s work revealed the mechanism of how verapamil prevents beta-cell death in mice with T1D. The drug repressed expression of thioredoxin-interacting protein (TXNIP), a gene whose glucose-regulated expression is induced in the islets of persons with diabetes, resulting in beta-cell death. The effect would only occur if glucose levels are already elevated, which would reduce unwanted side effects.

Khodneva distinguished between the results reported in in Diabetes Research and Clinical Practice and the work on ongoing clinical trials at UAB.

“This is a cross-sectional observational study, unlike the current prospective randomized UAB verapamil clinical trial, so we can’t infer causal relationship between using verapamil and lower glucose levels,” she said. “But we can say there is an association with lower glucose levels, and that is absolutely encouraging.”

The clinical trial for verapamil began enrolling patients in January 2015, and the first results involving T1D patients are still 18 months away, according to a statement from UAB released today. The trial will enroll patients between 18 and 45 who are within 3 months of being diagnosed with T1D. More participants are needed; for information about enrollment contact T1DM@uab.edu.