From Clinical Trial to Clinical Practice: How Can DAPA-CKD Lead to Prevention in Renal Care?

Kidney failure is one of the expensive conditions in health care, but new results from the DAPA-CKD trial could change the equation in favor of prevention.

On Sunday, results from the DAPA-CKD trial presented during the European Society of Cardiology (ESC) 2020 Congress showed that dapagliflozin (Farxiga, AstraZeneca) brought a 39% reduction in the risk of declining kidney function, the onset of end-stage kidney disease, or kidney failure death.

While earlier data in the DECLARE-TIMI cardiovascular outcomes trial offered some evidence of the drug’s possibilities in renal protection, DAPA-CKD went further; notably, one-third of the patients in DAPA-CKD did not have type 2 diabetes (T2D). The findings confirm that sodium glucose cotransporter 2 (SGLT2) inhibitors have moved beyond their initial use as a treatment for T2D; multiple trials have established the class as a viable option for heart failure with reduced ejection fraction (HFrEF) and to prevent renal decline.

But in some ways, getting the trial data is the easy part. Convincing physicians to use a “diabetes drug” for other conditions might be a tough sell; the early feedback since SGLT2 inhibitors received cardiovascular indications has been that cardiologists and primary care physicians don’t always want to stray from the T2D lane.

For payers—especially Medicare—the stakes are high with renal decline. In March 2019, HHS Secretary Alex Azar said kidney care accounts for $1 in every $5 Medicare spends and reached $113 billion in 2016. So, preventing even a fraction of the patients who end up on dialysis each year from reaching that point would save billions. Getting to that point through widespread adoption of SGLT2 inhibitors to prevent renal failure will take lots of work, which is just beginning. Part of that effort involves a partnership with the National Kidney Foundation on a campaign, “Are you the 33%?” that offers an online quiz to identify the one-third of Americans who could be at risk of kidney disease. 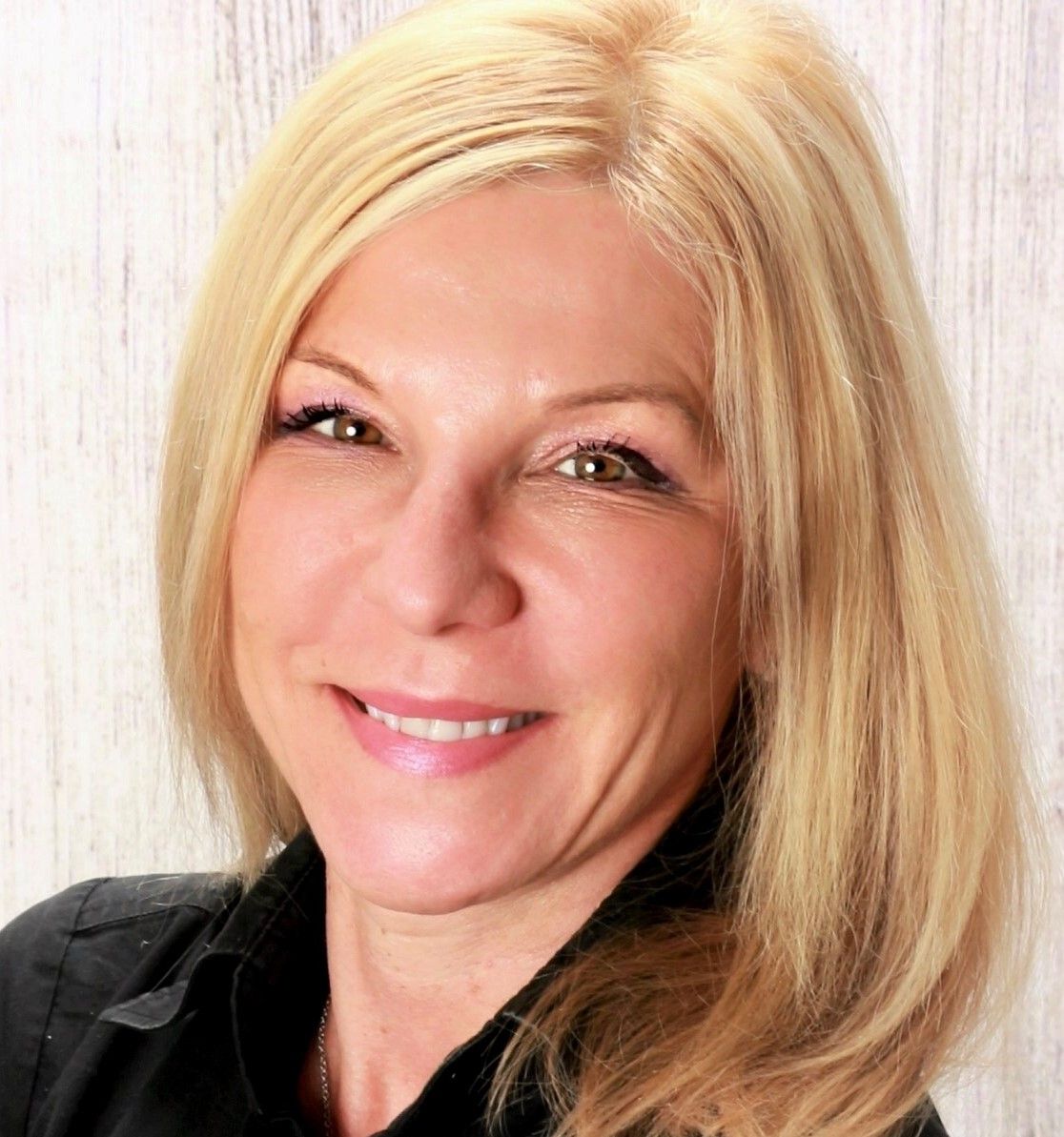 The American Journal of Managed Care® spoke with Astra Zeneca’s Kiersten Combs, vice president, Cardiovascular & Metabolic Disease; and Rachele Berria, MD, PhD, vice president, US Medical, BioPharmaceuticals, about the implications of DAPA-CKD and the next steps for brining the results to patients.

This interview has been edited lightly for clarity.

AJMC®: Staring with the DECLARE-TIMI results and now with the significant findings of DAPA-CKD, we see tremendous potential to use dapagliflozin to delay progression of chronic kidney disease and avoid renal failure. What can be done to encourage greater use of dapagliflozin in prevention?

Combs: The scientific evidence is an important part of changing clinical practice. But we all know that that's not enough. Until we have a commercial label and are able to promote it directly to physicians, there's other things that need to be done in the interim to increase use of Farxiga and treatment of renal disease overall.

First and foremost, and we're seeing this today with heart failure, is that the guidelines need to be updated. The more quickly the guidelines can be updated to follow the science, the better you see uptake of new therapies to be used across the cardio-renal-metabolic space.

Berria: It’s essentially 3 pillars: We want to increase awareness of kidney disease, we want to expand early diagnosis, and then the third step, which is essential, we're using a science-driven approach to change the practice of medicine. It really does [require] the full force of partnerships with the professional societies and the advocacy groups, like the one that we have with the National Kidney Foundation for their new campaign: Are you the 33%?

AJMC®: Dapagliflozin has an indication for heart failure (awarded in May 2020, based on the 2019 results from DAPA-HF). As you move forward to receive an FDA indication for renal care, does the experience in heart failure serve as a model for what can be done to encourage physicians, whether It's the specialist in cardiology or nephrology, or maybe more importantly, those primary care and family physicians, to use the SGLT2 class not just in diabetes, but in the indications beyond diabetes—in heart failure and renal care, given the evidence?

Combs: Yes, I think this is a really important part to changing the treatment paradigm. Whether that treatment paradigm is in chronic kidney disease or, to your point, in heart failure. Or I would also suggest even in type 2 diabetes—it is really about the interconnectedness we see of these specialty groups working together on behalf of the patient. We know that heart failure and chronic kidney disease are some of the most common comorbidities of patients with type 2 diabetes, and that that patients with cardiovascular disease also develop renal disease. Treating the patient holistically and seeing the partnership—everything from primary care and preventing disease early—all the way through to treatment of that disease by specialists like nephrologists, endocrinologists, and cardiologists—I think is really the only way that you will actually transform care of patients of cardio-renal-metabolic disease.

AJMC®: Let’s look at the cost-effectiveness argument for SGLT2 inhibitors. When they first came on the market, of course, they were only approved in type 2 diabetes. But now we know they can do so many more things. Do we need to reframe the cost-effectiveness argument, given all the things that this class can do, and, as we’ve discussed, give them to patients much earlier in the course of disease?

Combs: Specifically for cost-effectiveness, I'll use heart failure as an example, because I think that is where there will be parallels to chronic kidney disease. In both cases, the earlier treatment with a medicine like Farxiga will be important in slowing the progression of the disease, and so therefore, [you will be] improving outcomes and reducing the cost of health care delivery to these patients.

If you think about it today, heart failure is the leading cause of hospitalizations for patients over 65. And we know that about a quarter of patients who are hospitalized for heart failure potentially could be readmitted within 30 days, and probably almost half of them will be readmitted within 6 months. And we know every subsequent hospitalization costs the health system, whether that be the hospital themselves, whether that be the payer—and that could either be Medicare or a commercial payer. By being able to use a medicine like Farxiga earlier in that patient’s disease journey, you have the real ability—and we've proven it—you have the ability to actually lower the cost of caring for that patient.

Berria: Specifically to dapagliflozin, we actually extrapolated data from the findings of DAPA-HF. I know it's a mouthful, but it's an exponential survival distribution over 3 years. In 1000 patients that were representative of that population, we found that the total cost of [treatment with] dapagliflozin was 21% lower versus standard of care only. So reflecting on that sizable savings, I expect the same kind of analysis to be done in patients with CKD.

Combs: The exciting part about the DAPA-CKD data is that it was in patients in stages 2 to 4 of chronic kidney disease. And so, the sooner we can diagnose and treat kidney disease and slow the progression of that disease, the better the cost effectiveness will be for the payers—and really, for the whole health care system.

AJMC®: CMS has put significant focus over the past year on kidney care and prevention and on quality of life for patients who have kidney disease. Obviously, a CKD indication from FDA would take some time, but is now the time to be launching those discussions with Medicare? As we know, once patients go on dialysis, Medicare quickly becomes the payer.

Berria: Absolutely. So the data that we have with DAPA-CKD expand beyond DECLARE; as you remember, we had great data there, but now we're saying [there is protection] for patients in stages 2 to 4 who have renal disease, and we're [seeing benefits] in patients that don't have type 2 diabetes. Remember, a third of the patients that were in DAPA-CKD did not have type 2 diabetes.

So, to your point, we're trying not to even get to the point of dialysis—we know that every year in the United States, over 100,000 Americans start dialysis each year due to end-stage renal disease, and half of them die within 5 years. It’s an enormous cost to society. Thanks to the to the science that that we keep building on, we [don’t] want people to ever get to that point.

Combs: The DAPA-CKD data presented [at ESC] can be paradigm shifting. It is the first outcome study we've seen in a renal population. Not only is it about talking to Medicare, about being able to address some of the challenges CMS has, it’s also talking to [other] payers to understand: how do we provide benefit for this patient population? I think what we saw will be game-changing. It opens up a dialogue, that hasn't been able to be had for renal patients, just because the innovation and the promise of medical intervention that could slow the progression hasn't been available.

The United States possesses the highest infant and maternal mortality rates compared with any other high-income country, even though it spends the most on health care.