The latest version of the free app offers patients a simple color-coding system to track their blood sugar status, as well as an easy way to share data with their physicians and perhaps their health plan.

The senior director of digital product development and innovation for Johnson & Johnson Diabetes Care Companies demonstrates the new version of the free app, OneTouch Reveal, which can be downloaded from the App Store or Google Play. With this update, someone with diabetes can instantly sync a blood glucose reading from the OneTouch Verio Flex meter to the app, sending the result to the top of the Facebook-like feed. A color-coding system shows if the person’s blood glucose is in normal range or in a range that’s considered hypo- or hyperglycemia.

It’s simple and intuitive. No one needs instructions to understand that “green” means blood sugar is in range and “red” means it’s high. A quick look at a chart full of readings will reveal if there are too many reds or blues, the latter signaling low blood sugar—always bad news for people with diabetes.

It wasn’t always this way. Early on, diabetes technology—including early versions of OneTouch Reveal&mdash;overwhelmed patients with numbers but didn’t always offer context, Weinberger said, when Evidence-Based Diabetes Management™ visited the Johnson & Johnson offices outside Philadelphia. Just as personal computing finally jumped from early hackers to systems that were friendly enough for everyone to put at their desk, diabetes technology is doing the same, and Johnson & Johnson thinks OneTouch Reveal 3.0 will open that door for new groups of patients, especially the majority with type 2 diabetes (T2D), who, until now, may have shied away from apps.

“It’s recognition that our users and our patients are like everyone else—they are impacted by digital technology,” Weinberger said. “They want digital to be a part of everything that they do in their life, to make everything they do more effective, efficient, and convenient.”

That’s not to say that OneTouch Reveal won’t still provide blood glucose patterns or tables in traditional formats. “The beauty of the Reveal app is that it can be simple or it can be a little more complex for those patients who want a little more complexity,” said Brian Levy, MD, chief medical officer for Johnson & Johnson Diabetes Solutions Companies.

It’s a revolution with huge possibilities for both individual care and population health, as it promises to tackle the problem that most vexes physicians: engaging patients between visits to catch cases of severe hypoglycemia before they result in a hospital visit. For this latest version of Reveal, Johnson & Johnson will promote a new feature: getting patients to connect their data with their physicians’ practices so panels of diabetes patients can be monitored from afar and adjustments can be made well ahead of the 3-month appointment.

Saleem Ahamed, vice president, Global Franchise Organization, LifeScan, Inc, the Johnson & Johnson subsidiary that makes OneTouch diabetes products, said the effort to connect physicians and patients began this summer in the United States and Canada, will launch in 9 European countries in September, and will reach India by the end of 2017.

Johnson & Johnson has a partnership with WellDoc, which offers the BlueStar therapeutic app, including one version that sets insulin doses and requires a prescription. The BlueStar product offers round-the-clock coaching and individualized feedback based on the data the patient provides. Although OneTouch Reveal doesn’t do this, it does offer engagement and, more importantly, a much easier way to understand the patterns that accompany high or low blood glucose so that patients can start thinking about how their behavior affects their health.

“What it does is help patients gain insight into what their numbers mean,” Levy said. More importantly, by giving patients a free way to share data, it offers a way for physicians to get the information they need. Patients who need full-time coaching and more intense intervention would use BlueStar, Levy said, but once the patient’s glycated hemoglobin (A1C) gets under control, he or she could use OneTouch Reveal to monitor blood glucose patterns.

Levy was a co-author of a recent study that found using the app makes a difference. Published in the Journal of Medical Internet Research, the study randomly assigned 137 patients with diabetes (A1C ≥7.5% to ≤ 11%) to use either the OneTouch Verio Flex meter or the meter along with the OneTouch Reveal app, for 24 weeks. The difference in A1C among patients with T2D using the meter with or without the app was significant: patients using the meter saw their A1C drop 0.58% while those using both who received at least 10 text message saw their A1C drop 1.05%. The biggest improvements were seen in patients with T2D who received the most messages from a healthcare professional.2 The qualitative results generated claims that show the color-coding system is easy for patients to follow, Levy said.

Ahamed said besides physicians, Johnson & Johnson is sharing these results with health plans. “What payers are looking to do overall is to reduce costs, and a direct way of doing that is to help patients better manage their disease,” he said. “This kind of system not only gives the patient a number, but it helps them to understand what the number means so they can make a more informed action. Hopefully, that will get the patient in better control and reduce costs to the system.”

Weinberger said with a patient’s authorization, managed care plans can have access to the information to intervene as needed. Pharmacies are working with Johnson & Johnson to have access to the information as well, with 1 partnership involving Walgreen’s. Levy said the pharmacy offers patients incentives to take blood glucose readings regularly and upload them to the app.

“It’s not an option,” Weinberger said. “If we want to be relevant and bring the most meaningful products to the market right now, technology has to be part of it.” 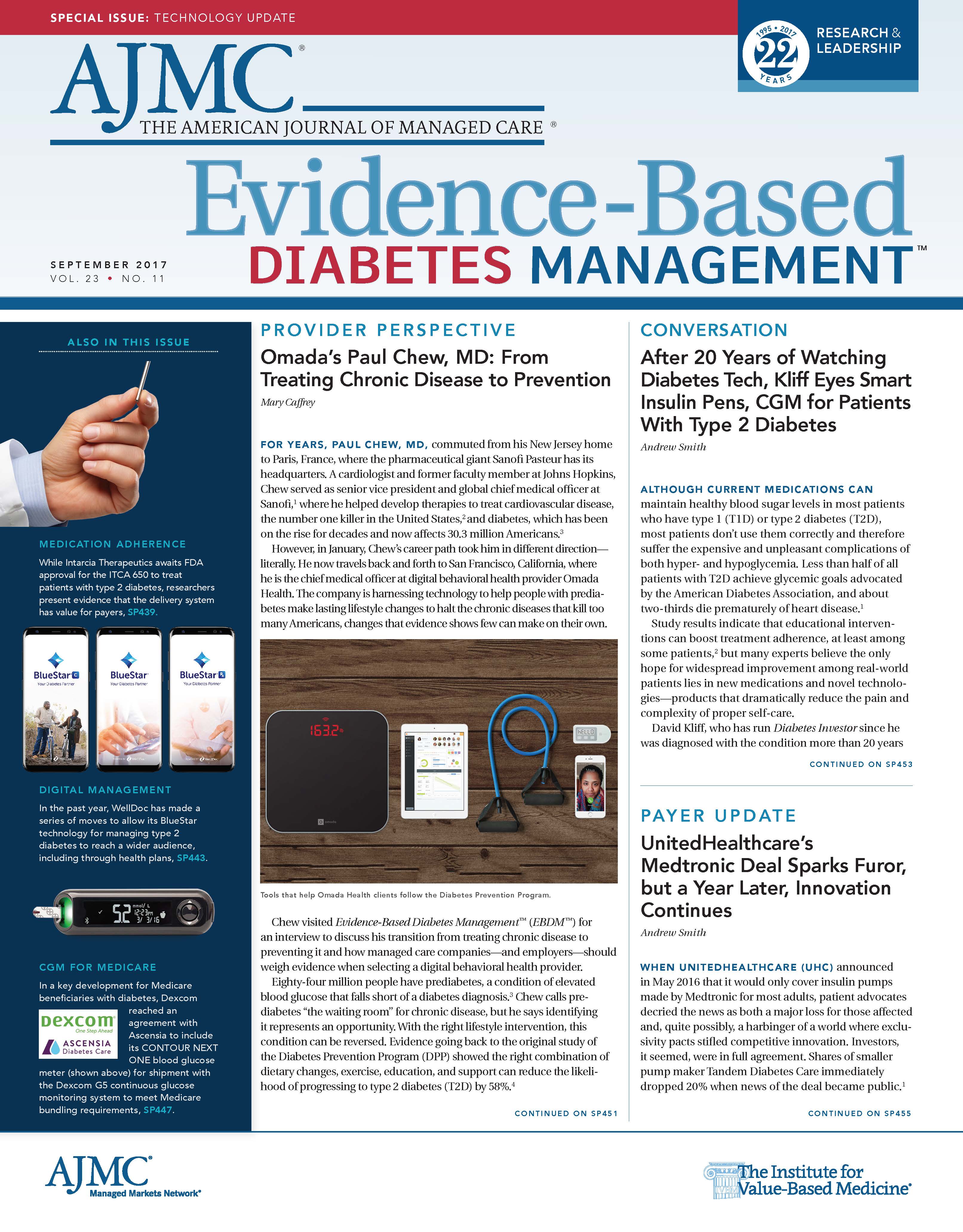