A new white paper from FAIR Health highlights the increase in costs for advanced life support and basic life support emergency ground ambulance transport between 2017 and 2020.

The average allowed (in-network) amount for advanced life support (ALS) emergency ground ambulance transport (not including mileage fees) rose 56% over 3 years, from $486 in 2017 to $758 in 2020 (FIGURE 1). This was part of a general rise in costs for both ALS and basic life support (BLS) emergency ground ambulance transport during this period, including increases in average billed charges and average allowed amounts for privately insured patients.

These are among the findings in FAIR Health’s new white paper, Ground Ambulance Services in the United States: A Study of Private Healthcare Claims. 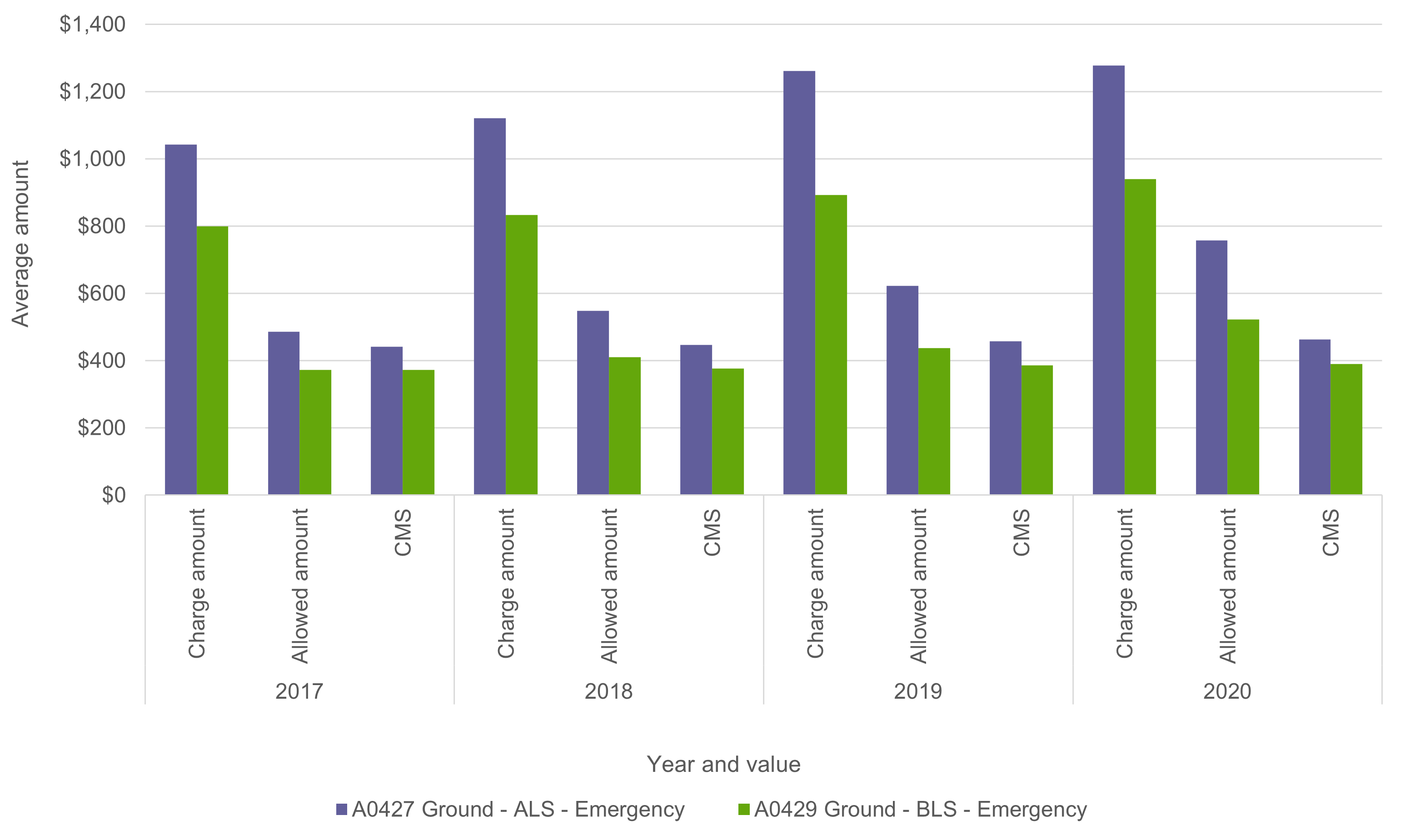 Among the other findings in the report:

Among patients aged 19-35, mental health conditions were the most common diagnosis associated with emergency ground ambulance in the period 2016-2020 (FIGURE 2). 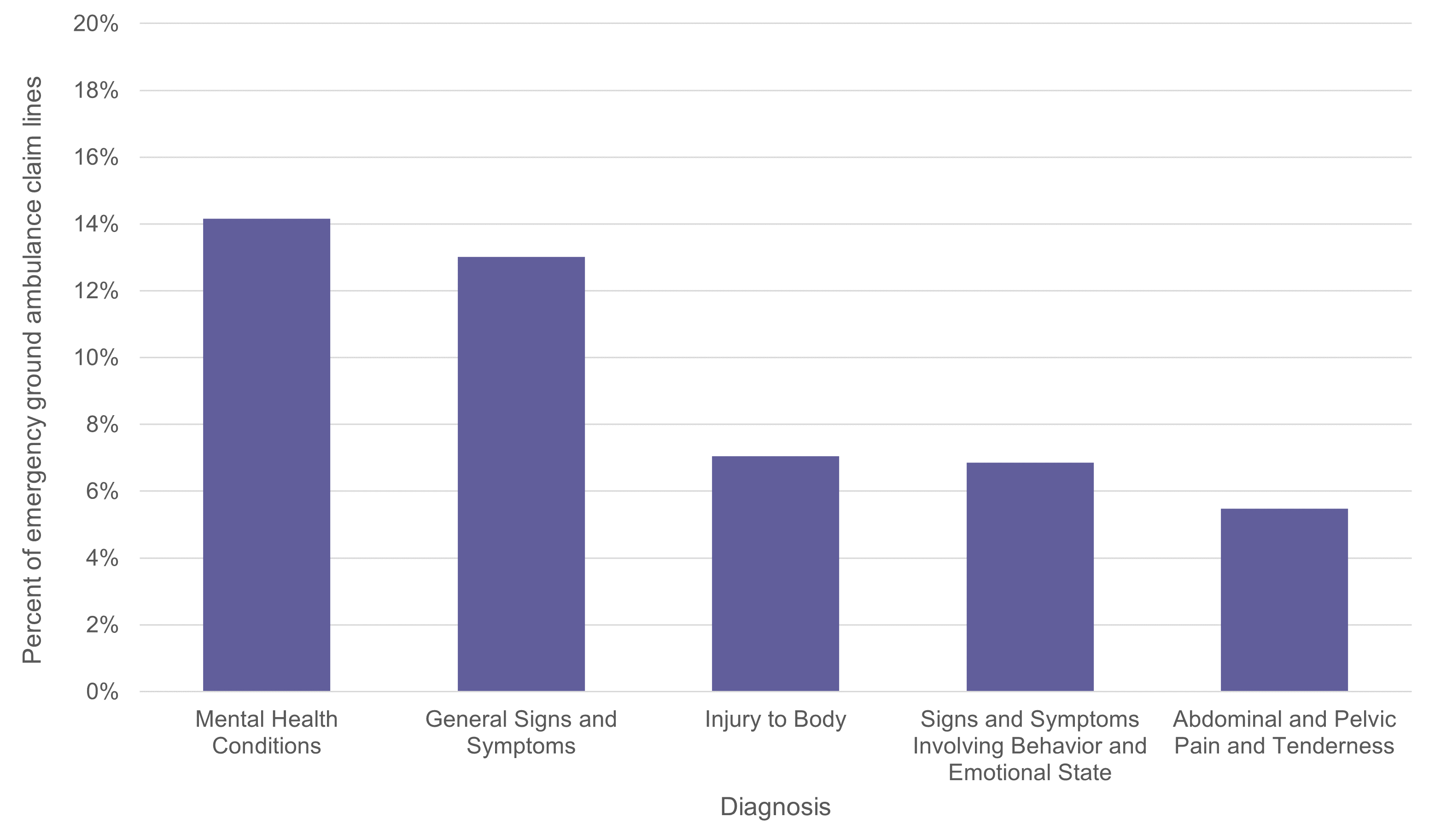 Individuals 65 years and older were consistently the largest age group associated with emergency ground ambulance services, though their share of the distribution decreased from 37.7% in 2016 to 34% in 2020.

In the period 2016-2020, females accounted for a larger share of emergency ground ambulance claim lines than males in all but 2 age groups; males had more claim lines in the 0-18 and 51-64 age groups.

In the period 2016-2020, males had a higher percentage of inpatient admissions after emergency ground ambulance transport than females in all age groups except the youngest—0 to 18 years. In that age group, 35.4% of females were admitted to the hospital compared to 32.3% of males.

Ground ambulance services have been the subject of substantial policy interest. We hope that this study of ground ambulance transport proves useful to policy makers, researchers, payors, providers and consumers seeking to better understand this component of the healthcare system.

This report is a companion to a white paper previously issued by FAIR Health on air ambulance services.

With atopic dermatitis (AD) prevalence increasing around the world, primarily in developing countries, investigators evaluated the potential for pollution to have an impact on development of the chronic skin condition among an adult population.

Merck & Co. and Eli Lilly & Co. report sales loss for COVID-19 treatments; Republican state attorneys general tell CVS and Walgreens that mailing mifepristone might break the law; exposure to air pollution over time is associated with a rise in incidence of depression and anxiety.