Metformin, the go-to drug for patients with a diagnosis of type 2 diabetes mellitus (T2DM), may help control glycated hemoglobin (A1C) levels, but according to a new study from the Netherlands, metformin does not help prevent heart failure in patients who have had a heart attack and do not have T2DM.1

The study was presented March 31, 2014, at the final late-breaking session of the 63rd Scientific Sessions of the American College of Cardiology (ACC), held in Washington, DC. It answered a question that some researchers have wondered about, given that some studies have suggested that metformin’s protective effects go beyond its ability to lower glucose levels.

Although the session was jointly sponsored by the ACC and the New England Journal of Medicine, the metformin study was simultaneously published in the Journal of the American Medical Association.1

Lead author and presenter Chris P.H. Lexis, MD, of the University Medical Center Groningen, Netherlands, said the study was designed to find out whether metformin would benefit patients who had suffered a heart attack but who would not be candidates for metformin because they did not have diabetes. Animal studies had shown that metformin preserved the ability of the heart to pump blood through the body after myocardial infarction (MI), which left researchers wondering if the same was true in humans. If so, metformin could be prescribed for patients who have had a heart attack to prevent heart failure after an MI.

In the study, 380 patients who had experienced an MI and had percutaneous coronary intervention (PCI) were randomized to receive either 500 mg of metformin twice daily or placebo, in addition to normal standard of care. Patients who had already received a diagnosis of T2DM or who were coronary bypass candidates were excluded. The median age of patients was 59 years.

The primary end point of the study was left ventricular ejection fraction, a measurement that describes the percentage of blood leaving the heart each time it contracts. This measure is key after MI, which can reduce the left ventricle’s ability to pump blood through the body. The measurement was taken by magnetic resonance imaging, 4 months after each patient’s MI. Results showed that the metformin group’s fraction was 53.1%, compared with 54.8% for the placebo group, which Lexis said was not statistically significant.

Lexis said that while the results will not change clinical practice for patients without diabetes, they do show that metformin is safe for patients who have suffered ST-elevated myocardial infarction, or STEMI. “It is noteworthy that metformin started early after heart attack did not adversely affect kidney function and was well tolerated,” he said. So, our findings do not preclude the use of metformin to treat diabetes in this setting.”2 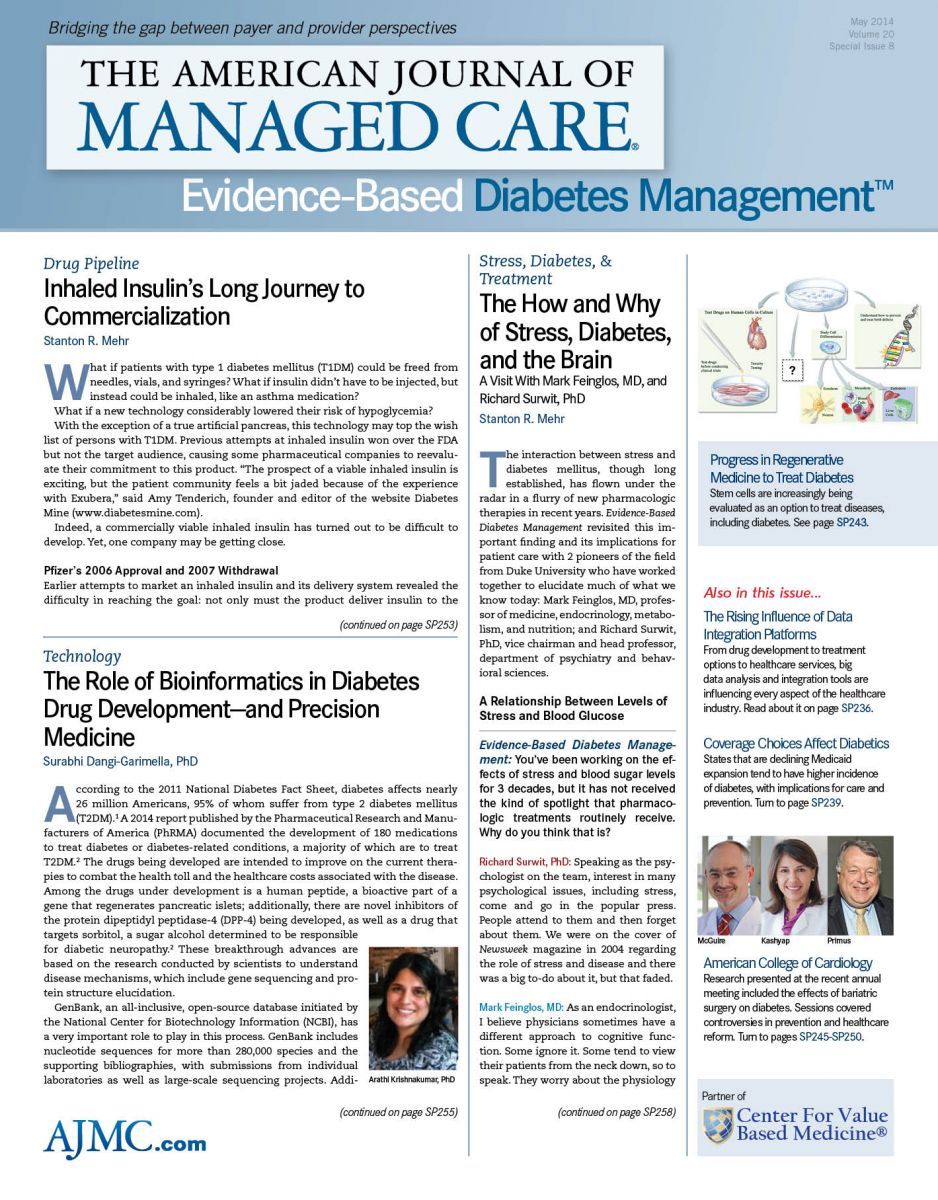 The Persistent Complication of Hypoglycemia in Diabetics
Inhaled Insulin's Long Journey to Commercialization
A Patient's Opinion of Unmet Need
Evidence Builds on Yoga, but No Reimbursement Yet
Medicaid Expansion Choices Mean Different Care for Poor Diabetics, Depending on Where They Live
Cleveland Clinic Study: Use of Bariatric Surgery Beats Medical Therapy in Diabetes Management
Aims of ACA Get Better Reviews Than Implementation at Cardiologists' Meeting
Use of Rivaroxaban Could Trim Hospital Spending in Treating Pulmonary Embolism
Relationship Between Cardiac Issues, Diabetes Gets Plenty of Attention
The How and Why of Stress, Diabetes, and the Brain
Study Answers Long-Standing Question About Metformin After Heart Attack
To Treat or Not to Treat? Questions, Controversies in Prevention
Diet Drinks Linked to Heart Trouble for Older Women
Stem Cells Create a Therapeutic Niche
The Yin and the Yang of CV Risks in Patients With Diabetes
Related Videos
Related Content