Al Lewis wears multiple hats, both professionally and also to cover his bald spot. As founder of Quizzify, he has married his extensive background in trivia with his 30 years experience in healthcare to create an engaging, educational, fully guaranteed and validated, question-and-answer game to teach employees how to spend their money and your money wisely. As an author, his critically acclaimed category-bestselling Why Nobody Believes the Numbers, exposing the innumeracy of the wellness field, was named healthcare book of the year in Forbes. As a consultant, he is widely acclaimed for his expertise in population health outcomes, and is credited by search engines with inventing disease management. As a validator of outcomes, he consults to the Validation Institute, part of an Intel-GE joint venture.
However, in this case, totaling the “mean change through 1 year” figures below shows that the former swamped the latter: 5293 biometric mean readings improved, while 6397 deteriorated. As was the case with McKesson and is the industry standard measurement technique, dropouts and non-participants are not counted or acknowledged in any other way. 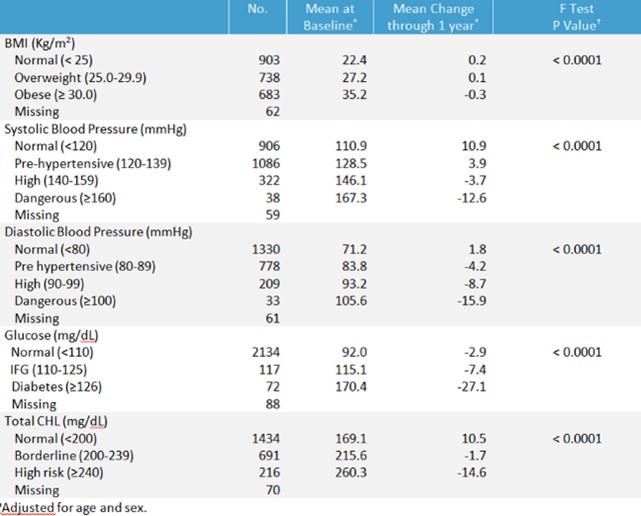 Deterioration in Self-Reported Health
Observing those results, one would expect a deterioration in self-rated health as well, and indeed the latter showed a small but statistically significant decline. While some other self-reported health indicators improved slightly, self-rated health is the self-reported indicator most commonly used as a proxy for health, and is considered the most valid self-reported indicator of a patient’s health status and future healthcare utilization. (Once again, in the table below, dropouts and non-participants were excluded.) 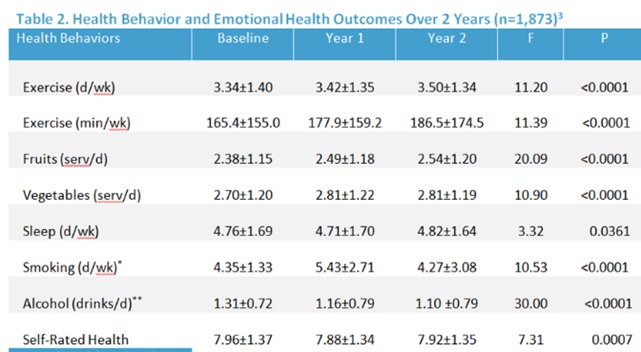 Could the Wellsteps Program Caused Boise Employees to Become Unhealthier?
It may be that the Boise employees would have become unhealthier anyway, and that, like the McKesson program, the Wellsteps program made no difference. This conclusion is belied not only by the amount of causality claimed in its report, but also by a few specific undertakings that are known or widely believed to cause health to deteriorate.