Through the Eyes of One ACO: Deciding on Next Generation ACO

Travis Broome is vice president of policy at Aledade, a new company helping doctors stay independent and thrive in the transition to value-based care. Joining Aledade early on, Travis helped Aledade grow from 2 accountable care organizations (ACOs) to 20 ACOs. From business development with both practices and payers, to early population health analytics, to serving as executive director for the Aledade Louisiana ACO, he has touched every part of Aledade as it has grown. Today, he is a thought leader on accountable care and is responsible for strategy development, policy analysis and economic modeling. Prior to Aledade, Travis was a regional director at CMS. He earned his MPH and MBA from the University of Alabama at Birmingham.
This post was co-written by Bob Kocher, MD (headshot), partner at Venrock, senior fellow at the Schaeffer Center for Healthcare Policy and Economics at the University of Southern California, and consulting professor at the Stanford University School of Medicine 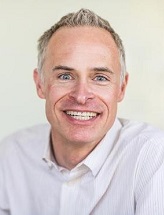 Deciding to take on accountability for the total quality and cost for patients is a huge commitment. When physicians form an accountable care organization (ACO) they are not saying “I will do my part,” rather they are saying “I will lead.” All 8 of Aledade’s current ACOs and the physicians at the heart of them are committed to leading the shift from volume to value in healthcare.

ACOs confront physicians with an array of options on how to be compensated for value. The Learning and Action Network created an 18-page white paper just to lay out a framework for categorizing the various options for getting paid. The Medicare Access and CHIP Reauthorization Act (MACRA) includes just a few models as advanced alternative payment models with most of them requiring taking on risk. Nevertheless, MACRA has every ACO, including us, taking another look at risk. To begin, every serious ACO makes major investments in population health. But these are seldom enough. An ACO could do everything right, but if they are in the wrong model, they might receive no compensation for the value they created. When we analyzed our own data and options, we came to a solution that surprised us—that we should not launch a Next Generation ACO even though it is the most advanced ACO model offered today.

The appeal of the Next Generation ACO is that it is the only CMS model that gives the ACO the ability to use the fee-for-service system to drive improvement and negotiate partnerships to reward value. For example, an ACO could pay cardiologists more for treadmill stress tests than a positron emission tomography stress test if they felt that these were higher value. It also offers a high rate of shared savings of 100% after CMS takes a “discount” on the benchmark.

Yet Next Generation ACO is also the riskiest model. An ACO in the Next Generation program is not only responsible for first dollar losses, but will be cutting CMS a check even if it saves somewhere between 0.5% and 4.5%. The Next Generation ACO also sets its benchmark for savings on a singular year, and how that year looks compared to market trends and national efficiency. This is tricky and varies widely across ACOs.

In our case, we looked hardest at our largest ACO as a candidate for Next Generation ACO. Unfortunately, we saw large spikes in overall hospital costs (despite significant declines in admissions) in 2015. This made 2015 a weird year. We expect hospital costs to come down in 2016 (our potential benchmark year), but it is too early to know for sure. If costs revert to normal, 2015 would have been a “good” benchmark year with its uncharacteristically high costs, but 2016 will not be a good benchmark year if costs either revert to normal since those “savings” are lost in the benchmark. If costs stay high, then they could represent a fundamental shift in the local healthcare market that will be tough to overcome.

Through the lens of our ACO, we see a larger truth: using a single year as a benchmark year is bad. What happens in 2016 is less risky in other ACO models since it accounts for 60% instead of 100% of the benchmark. At a policy level, we strongly believe that using a single benchmark year creates too much variability, risk, and chance. Instead, CMS should embrace what is found in other ACO models and use multiple years to craft a baseline that results in a more accurate measure for benchmarking.