Mary Caffrey
How does a state with almost no money launch Medicaid expansion? Louisiana health officials used data they already had, and in doing so have created a model that could be used elsewhere.
On this June morning, New Orleans’ Daughters of Charity Health Center on Carrollton Avenue is bright and busy. One of 9 centers the Catholic order operates across 25 miles, the Carrollton site bursts with patients, mostly women and children. In the waiting area for the optometry and dental clinics, there’s not a chair to be had.

The Daughters have cared for New Orleans’ poor since before the Civil War,1 and today 90% of the clinics’ patients earn less than 200% of the federal poverty level (FPL), with 70% below the 100% mark.2 According to Vice President and Chief Operating Officer Frank Folino, 24% of the clinics’ patients are “self-pay,” so a sizable number of them might want to see the young woman tucked in a quiet corner. She’s there to register patients for Medicaid expansion in Louisiana, which takes effect July 1, 2016.

Behind the young woman, separated by a partition, is a longtime employee from the state’s Medicaid office. Armed with digital application tools and a direct line to the state capital, he has been dispatched from the Department of Health and Hospitals (DHH) to handle Medicaid renewals and to speed eligibility for anyone who signs up at the Carrollton clinic.

In time, there will be 100 people like him sprinkled across 80 sites, on a mission to quickly bring coverage to 375,000 adults.3 Louisiana may be late to Medicaid expansion—the state is the 31st to do so under the Affordable Care Act (ACA)—but the state’s unique enrollment plan will be like flipping a switch, covering thousands with limited effort from the waiters, hotel maids, fishermen, musicians, and self-employed contractors who drive the tourism economy. That’s as it should be, according to Governor John Bel Edwards, who notes that 70% of those who are eligible under Medicaid expansion have full-time jobs.4

The American Journal of Managed Care (AJMC) visited New Orleans earlier this month to see how one urban clinic is integrating Medicaid enrollment into the workflow, and to speak with stakeholders whose long wait for expansion is ending. They include a health policy leader, a family practice physician, and officials with LCMC Health, the not-for-profit hospital system that operates University Medical Center (UMC), the $1.2 billion long-term replacement for the former Charity Hospital, which shuttered after Hurricane Katrina.5

While there is much hope that Medicaid expansion has finally come to one of the country’s poorest states, no one is blind to the challenges that remain. Those who have never had insurance must learn to use it. There are questions whether there will be enough primary care doctors for this new wave of patients. The governor himself has said that Medicaid payments to doctors must increase to ensure access over the long haul. And, according to Susan Todd, executive director of 504HealthNet, a health policy umbrella for 60 primary and behavioral health care sites in the New Orleans region,6 everyone must remember there will still be uninsured after expansion.

Expansion on a Shoestring Budget 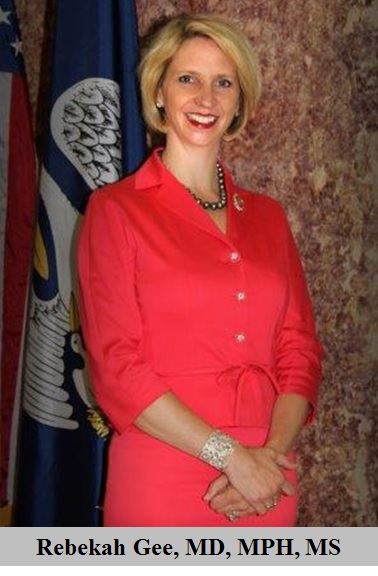 “This is right versus wrong, not right versus left,” Edwards said on the first day of enrollment, June 1, 2016, during a visit to UMC. “At the end of the day … we’re going to improve health outcomes. We want a better quality of life for our people. We want them to be happier, healthier, more productive people.”7

When he campaigned last fall, Edwards promised Medicaid expansion knowing full well that a budget deficit awaited his arrival. He got expansion rolling with an executive order on January 12, 2016, his second day on the job.8 Weeks later, his administration announced the shortfall was worse than expected: this year’s $24.5 billion budget had a gap of $943 million, with a deficit of $2 billion looming for the fiscal year that starts July 1, 2016.9

Keeping the promise would take creativity, because the legislature would not pay for administrative help, even though expansion is projected to save $184 million.4

“We didn’t get one additional dime from the state,” said Secretary of Health Rebekah Gee, MD, MPH, MS, in an interview with AJMC. That meant no money for new staff to figure out who was eligible, to say nothing of funds for education or advertising.

So, Louisiana tapped eligibility data it already had, using rolls from existing Medicaid waivers and the Supplemental Nutrition Assistance Program (SNAP), a first among the states.  Gee’s move to “outstation” Medicaid staffers—like the one at Daughters of Charity—counts as a piece of Louisiana’s 25% share of the administrative costs of enrollment (the federal government is paying 75%).3 With these steps, Edwards and Gee are writing the playbook for low-cost, low-bureaucracy Medicaid enrollment that is well-suited to expansion’s holdout states—places where poverty and chronic disease exceed the norm, along with resistance to government spending.