Mary Caffrey
The results of a study published last year from authors at Yale Diabetes Center suggest that rationing is more common than the healthcare system wants to admit. Senior author Kasia Lipska, MD, MHS, says the findings raise a whole new set of questions.
As insulin prices have climbed since 2012, stories have emerged of patients with diabetes rationing their insulin. They either take smaller doses or they skip doses. Sometimes, the results are deadly: Deaths have been reported of young adults who were rationing insulin, including those who had aged off their parents’ insurance plans.1 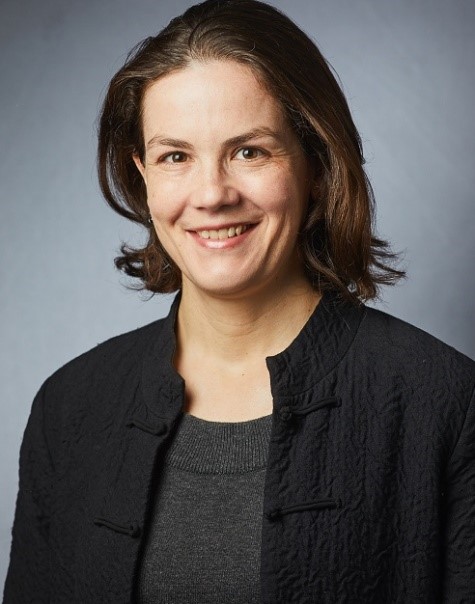 Are these isolated incidents? What we can expect from an insulin pricing system that is out of control? The results of a study published last year in JAMA Internal Medicine suggest that rationing is more common than the healthcare system wants to admit.2 Between June and August 2017, a team of researchers at Yale Diabetes Center, led by Kasia J. Lipska, MD, MHS, senior author and assistant professor of medicine, surveyed patients who had type 1 diabetes (T1D) and type 2 diabetes (T2D). All of the patients had been prescribed insulin within the past 6 months, and the findings were stunning:
Since the results were published, Lipska has met with executives from pharmaceutical manufacturers and appeared before Congress. Her April testimony before the House Committee on Energy and Commerce Oversight and Investigations Subcommittee featured the story of a clinic patient, a woman in her mid-20s with T1D, who “deliberately let her sugars run high so she could be admitted to the hospital and get free samples of insulin upon discharge.”

“It was a risky plan—she could have died,” Lipska testified. “But that’s how desperate she was.”3

Deaths from insulin rationing are the outer edge of a continuum that includes patients who are risking blindness, amputations, and hospital stays. For these patients, rationing could erode their health, and the costs will fall to Medicare or possibly Medicaid. Thus far, no one has tallied what avoidable costs the health system will absorb because too many patients with T1D or T2D cannot afford to use insulin in the amounts prescribed.

“It can hasten disability (eg, blindness and kidney failure) and early death. Thanks to tight glucose control and more precise insulin dosing, researchers estimated in 2012 that children with diabetes born between 1965 and 1980 were living 15 years longer than those born between 1950 and 1965. Will that 15-year gain now be erased because of the price?”4

In an interview with Evidence-Based Diabetes Management™ (EBDM), Lipska said questions about the long-term effects of insulin rationing are among the topics she hopes to explore over the next few years, as it becomes clear how widespread the problem is. The degree of rationing seen in the Yale clinic was surprising, but it made sense that not using enough insulin was closely linked with poor control (glycated hemoglobin ≥9% at the survey visit or within 3 months).

“The prevalence of insulin rationing should be shocking to all of us. It’s shocking that we live in a prosperous country, where we spend more on healthcare [per person] than any other country,5 that 1 in 4 patients should be rationing insulin, which has been around for a century,” Lipska said. “But it’s not shocking to clinicians who see this in practice. Clinicians should be asking patients about rationing. We know we see this. We don’t think these findings are wrong. They’ve been confirmed in other surveys.”

Lipska referred specifically to the 2018 survey by T1International, which found 1 in 4 people with T1D are rationing insulin.6

The Short- and Long-term Costs of Rationing

The physical outcomes of not using the right insulin dose are well known, Lipska said: Patients will have more severe hyperglycemia emergencies, more heart disease, more blindness, and more disability. EBDM asked if there are other, less easily documented effects on patients who ration supplies. Does skipping or stretching doses increase stress?7 In turn, this can further elevate blood glucose levels in people with diabetes.

Lipska said she is seeking funding to study this issue. “What is it like to live with that uncertainty? Clearly, it’s extremely distressing. As a physician, it’s distressing for me. I see people who are struggling to obtain a medicine that we tell them is a necessity to live and they can’t afford it. It breaks my heart.”

“I have patients in impossible situations,” she said. Patient assistance programs, insulin samples, or coupons can sometimes bridge the gap, but in other cases it’s very difficult to find a solution. “It’s cruel,” Lipska said.

Lipska sees equal numbers of patients with T1D and T2D, and she said the rationing problem first came to her attention through her treatment of this second group; these patients tend to be older and enrolled in Medicare Part D.

Those with T2D also tend to come from lower socioeconomic backgrounds and suffer greater stigma; in turn, they are less visible in the advocacy community. Mick Mulvaney, the acting White House Chief of Staff, once derided “the person who sits at home, eats poorly, and gets diabetes.”8

“You don’t hear about them,” Lipska said. Patients would hit the Part D “donut hole” and paying for insulin would become a huge challenge. “A lot of older patients are still working, and some have adult children move in with them.… but they don’t have [insurance] plans that cover insulin adequately.”

The patients with greatest challenges are those in the “middle space” who make too much money to qualify for Medicaid, but who have health plans with high deductibles or very high cost sharing, perhaps because the plan is for a small employer.

“It’s not the most destitute. The patients in the middle have an income, but they are struggling,” Lipska said. “When they have a chronic illness, it absolutely adds to their stress.”

Separately from her proposed research on the stress associated with insulin costs, Lipska is seeking funding to understand the long-term costs that will result from patients rationing insulin. If a broken system among payers and pharmacy benefit managers forces patients to ration insulin today, what will be the cost years from now, in higher healthcare utilization?

“Is it going to come back to haunt us that this is going to cost us a lot more down the line? It’s very shortsighted,” Lipska said. “The system right now makes no sense to a clinician. It makes no economic sense, really.”

Current Solutions Are Stop Gaps
In recent years, the nurses at the Yale Diabetes Clinic have become experts at navigating patient assistance programs and figuring out which pharmacies can handle complex cases. The increased knowledge doesn’t make the situation any less frustrating, Lipska said.

After the survey results appeared, Lipska met with insulin manufacturers and discussed the flaws of the current rebate system, which critics say drives up prices and harms those who must pay the list price or cost sharing that is tied to the list price. Discount programs and coupons won’t completely solve the problem, nor will offering older “human” insulins at very low prices, as some companies have done.9,10

The crisis has propelled Lipska to act. “It’s hard because there’s only so much as a clinician that I can do,” she said. “I had to step out of my clinic to address this problem.”
References