Impact of Switching Analogue Insulin to Human Insulin in Diabetes

Converting from analogue insulin to human insulin is associated with a clinical insignificant increase in glycated hemoglobin of 0.16% but with improved insulin adherence.

Objectives: Costly analogues limit affordability in patients, leading to medication nonadherence and worsening diabetes complications. Evaluating the insulin conversion from analogues to human insulin may determine if this cost savings contributed less toward the initial coverage limit while assessing its impact on glycated hemoglobin (A1C) and medication adherence.

Conclusions: The insulin conversion was associated with a clinically insignificant 0.16% increase in the average last A1C from 2013 to 2018 but improved adherence. Insulin cost did not contribute as much toward the initial coverage limit after 2016.

The high cost of analogue insulin affects healthcare spending and negatively impacts patients by limiting affordability, worsening medication adherence, and leading to microvascular and macrovascular complications. Human insulin is a more cost-effective alternative to expensive analogues, yet analogues are often used for a basal-prandial strategy by many providers. Through this claims analysis that evaluated the insulin conversion from analogues to human insulin since 2015, we found that:

Approximately 629 million people are projected to have diabetes by 2045, which constitutes a 48% increase from 2017 to 2045.1 Insulin is considered the most effective medication to achieve glucose control and avoid further complications in patients with diabetes.2 However, 1 in 2 people needing insulin lack access globally. High prices and lack of availability are thought to be key contributors to poor insulin access.1

Studies comparing the clinical efficacy of analogue insulin to human insulin are scarce. The American Diabetes Association Standards of Medical Care in Diabetes-2019 currently does not provide guidance for analogues versus human insulin. The guideline states that once-daily basal insulin injection therapy is associated with minimal adverse effects while multiple daily injections may be too complex for older patients.3 The only differentiation made between the 2 insulins by the ADA is the high cost of analogues and the low cost of human insulin. In addition, Fullerton et al’s systematic review comparing short-acting analogue insulin versus regular human insulin in adults with type 2 diabetes (T2D) demonstrated no clear benefit of short-acting analogue insulin over regular human insulin.4

CareMore Health, a care delivery system, examined its insulin spending in 2014. The organization found that its Medicare Advantage patients were using analogues that had a high daily injection burden (ie, basal-prandial insulin strategies) and were reaching the Medicare Part D coverage gap.5

In February 2015, CareMore started a protocol-driven intervention to switch from higher-cost analogues to lower-cost human insulin in patients with T2D led by clinical pharmacists at various Comprehensive Care Clinics. Patients who were on both basal and prandial insulin receiving at least 50 units/day, without any history of hypoglycemia and adherent to insulin, were eligible for the conversion. Clinical pharmacists determined the total daily dose (TDD), discontinued the basal and prandial insulins and other secretagogues, and converted to premixed insulin by 20% less than the calculated TDD. Patients were given two-thirds of TDD at breakfast and one-third of TDD at dinner then titrated to target predinner glucose and fasting glucose, respectively. The implementation of the insulin conversion program was further supported by other healthcare providers with experience in chronic disease management.5

By encouraging patients to use human insulin, this pilot program led to preference for regimens containing fewer daily injections and a delay in reaching the Medicare Part D coverage gap. The insulin switch was found to be associated with a small increase in population-level A1C of 0.14%, and the intervention was not associated with changes in rates of serious hypoglycemia or hyperglycemia.5 Our study further aims to assess the impact of insulin conversion through descriptive analysis in order to determine if this cost savings contributed less toward the initial coverage limit. Overall, this study is an update from the original findings demonstrated by Luo et al,5 in which the average last A1C for the year and medication adherence were also evaluated from 2013 to 2018.

Any patients who filled ≥1 insulin prescription between January 1, 2013, and December 31, 2018, were eligible for this study. No exclusions were applied. The primary objectives were to assess the percent of human insulin (calculated from the normalized prescriptions of both insulins), the cost of insulin therapy, insulin costs per user, and the average last A1C per year. The secondary objective was to assess if there was improvement in insulin adherence. Adherence was calculated using medication possession ratio (MPR) based on days supply of basal or mixed insulin. All data were obtained from pharmacy claims and lab data from 2013 to 2018. The overall trends in primary and secondary outcomes were compared in 3 study periods: pre-insulin conversion (2013-2014), insulin conversion (2015-2016), and postinsulin conversion (2017-2018).

The implementation of the insulin switch program at CareMore was part of the QI project and therefore, no internal review board approval was necessary.

There was an increase in the number of normalized prescriptions filled, but only 11% and 10% were for human insulin in 2013 and 2014, respectively. In 2013, the insulin cost per user was $2658.07 while the initial coverage limit was $2970. However, the costs of some analogue insulins increased in 2014, and the total insulin cost per user increased to $3332.65 while the initial coverage limit was only $2850. This cost suggests that the majority of insulin users would have reached the Medicare Part D coverage gap from insulin use alone. This was the issue that created a need for the pilot program. At this time, a higher percentage of analogues were prescribed and a majority of the clinicians were still practicing the basal-prandial strategy.

There was a sharp drop in analogue use. From 2015 to 2016, human insulin prescriptions jumped from 24% to 68%. This abrupt increase was expected due to the insulin conversion project. In addition, the total cost of insulin decreased substantially, from $32,880,942 in 2015 to $21,893,628 in 2016 due to the more cost-effective human insulin being prescribed. The insulin cost per user also decreased from $3119.34 in 2015 to $2264.78 in 2016. Because the initial coverage limit in 2015 was $2960, patients were already falling into the Medicare Part D coverage gap, from insulin prescriptions alone. However, the initial coverage limit in 2016 was $3310, and insulin users were more likely to avoid reaching the coverage gap due to the increased use of more cost-effective insulin. In addition, in January 2016, select plans moved the analogue products containing glargine, detemir, or aspart from tier 6 ($0 copay) to tier 3 ($37.50 copay for most patients, with additional out-of-pocket payments if patients were in the Medicare Part D coverage gap), while human insulin products remained on a tier with a $0 copay.5 This formulary change may have also influenced the providers to prescribe less of the costly analogues.

During the postconversion period, there was an increase in total normalized prescriptions, while human insulin prescriptions remained relatively stable at 68% to 69%. This suggests that the implementation of the insulin conversion had been sustained since 2015. Similarly, the insulin cost per user remained low at $2446.78 and $2842.10 in 2017 and 2018, respectively. As the initial coverage limit also increased to $3700 in 2017 and $3750 in 2018, more insulin users were able to delay reaching the Medicare Part D coverage gap. The rise in cost during this timeframe may be attributed to 2 formulary changes made for 2018. ReliOn insulin, a lower-cost human insulin, was removed from the formulary. Furthermore, human insulin pens were introduced to the formulary and are more costly than the vials.

Limitations to this study include no data on the rate of hypoglycemia and hyperglycemia to suggest whether the insulin switch increased the prevalence of serious hypoglycemic and hyperglycemic events since 2016. This study also does not evaluate average daily injections or overall patient satisfaction as a result of the potential reduction in number of daily injections from switching from analogue to human insulin.

This study’s results further demonstrated the impact of cost savings, the average last A1C for each year, and medication adherence after the conversion from analogue insulin to human insulin between 2013 and 2018. Clinical pharmacists’ efforts in researching, developing, and implementing this pilot project in 2015 helped to reduce the cost barrier to insulin and delayed reaching the Medicare Part D coverage gap each year from 2016 to 2018.

The authors would like to thank Jim Rose, PharmD, Ani Davis, PharmD, and Balu Gadhe, MD (along with Sachin H. Jain, MD, MBA) as part of the initial team to launch the insulin conversion program in 2015. The authors would also like to thank the current clinicians (clinical pharmacists, nurse practitioners, physician assistants, and physicians) at CareMore Health for sustaining the insulin implementation since 2015. 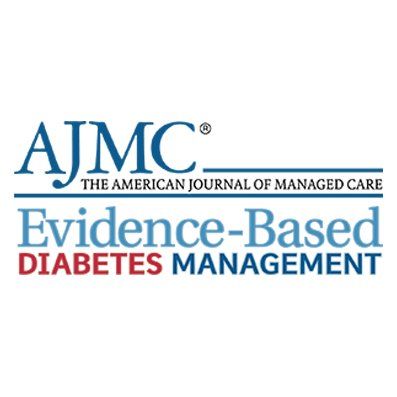 Impact of Switching Analogue Insulin to Human Insulin in Diabetes
Examining the Reality of What Insulin Costs Do to Patients
Biosimilar Insulin Could Offer Patients Cost-Saving Options
How Prepared Is the United States for the Transition of Insulins to Regulation as Biologics?
Could Aiming Insulin at the Liver Be an Answer to Using Less?
Gathering Evidence on Insulin Rationing: Answers and Future Questions
JDRF's Kowalski Sees Hope in Bipartisan Support for Insulin Pricing Reform
As a Child, Diabetes Was Hard to Accept. Now She's Living With the Complications
For Young Adults With Type 1 Diabetes, Insulin Costs Can Mean Chasing Benefits, Not Dreams
Related Videos
Related Content