Tony Hagen
The past few years have seen a number of measures implemented that put the brakes on the rapid consolidation of practices and the upward spiral in costs of cancer care borne by CMS.
The dramatic surge in hospital merger and acquisition activity that gobbled up oncology practices by the score is losing steam as a result of numerous policy and legislative acts, and this is creating a climate of uncertainty in terms of revenue generation, according to Michael L. Blau, JD, of Foley & Lardner. The repercussions of these changes are affecting not just the prospects for independent oncology practices but also the ability of inner-city and charity-care hospitals to continue serving low-income residents to the extent that they have in the past.

Since 2008, 423 individual cancer treatment sites have closed, often because of competitive pressures caused by policies and legislation that favored large hospital treatment centers, and another 658 community cancer centers were acquired by or became affiliated with hospitals, according to the Community Oncology Alliance. Many hospital acquisitions and alignments have been driven by shared-service agreements and co-management arrangements that allowed increased returns of up to 10% to 15%, Blau said in remarks at the 2018 Association of Community Cancer Centers 44th Annual Meeting and Cancer Center Business Summit, held in March in Washington, DC. Such margins will be much slimmer going forward, and some financial “downside” can be expected, he said.

Blau moderated a panel of experts who discussed practice alignment activities from different perspectives, including how to derive organizational synergy from patient-centered care, integrate operations to prevent disjointed care, and negotiate an alignment deal that works for both sides. 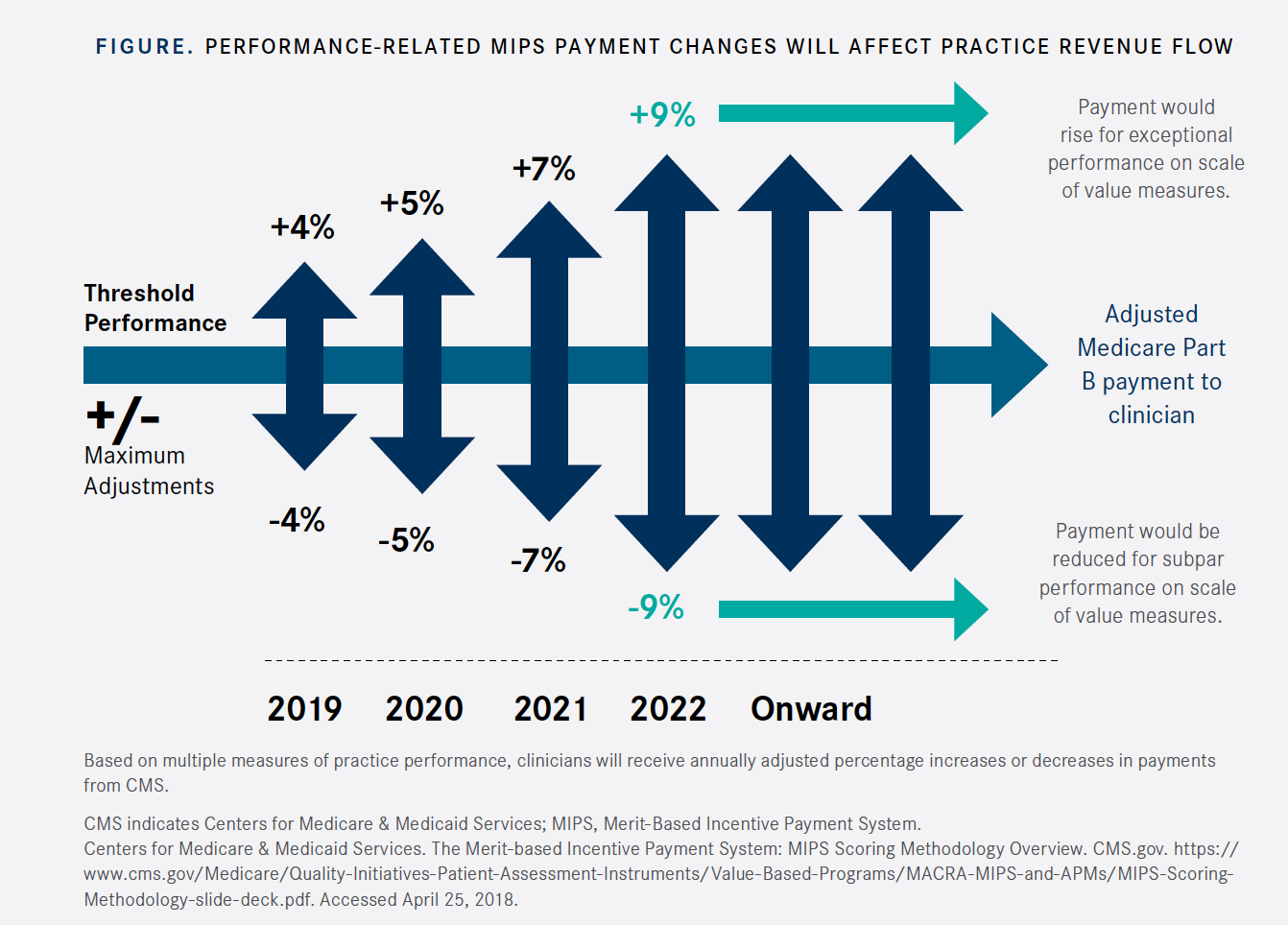 The past few years have seen a number of measures implemented that put the brakes on the rapid consolidation of practices and the upward spiral in costs of cancer care borne by the Centers for Medicare & Medicaid Services (CMS).

Medicare site neutrality rules curtailed the practice of hospitals acquiring lower-cost treatment centers to extend higher hospital outpatient department rates to those facilities. Revisions in CMS reimbursement rates for drugs purchased through the 340B Drug Pricing Program are expected to significantly lower revenues for some providers in the discount program, although the $1.6 billion in savings will be reinvested in healthcare. The Merit-based Incentive Payment System (MIPS) rewards or penalizes oncology practices based on the extent of improvements in quality and value of care (Figure), and the Tax Cuts and Jobs Act of 2017 is expected to move millions of covered individuals into situations in which they rely on free or reduced-price care, adding to the pressure on urban hospitals and other charity providers (Table).

“The net effect is less money to support physician- alignment arrangements, and this is what was really driving consolidation over the last 10 to 15 years,” Blau said. He noted that further developments are expected to compound the revenue pressure. In 2019, oncology practices will face upward or downward 4% Medicare payment adjustments based on their MIPS performance, and those adjustments will expand to plus or minus 9% by 2022. Some may have chosen to sidestep MIPS by enrolling in the Oncology Care Model experiment, but those practices are also under pressure to reduce costs.

There are still opportunities for gain, Blau noted. Despite the outpatient payment rate changes, it's still allowable for oncologists to move their practices onto hospital sites and receive the higher payment rates from CMS. In addition, although reductions are planned in 340B payments, a redistribution of the savings is expected to improve revenues for a large swath of hospital providers.

Challenges in Consolidation Tulsa Cancer Institute (TCI) was one of the largest independent practices in Oklahoma when it merged with St John Health System in 2016 and became Oklahoma Cancer Specialists and Research Institute (OSCRI). The deal occurred shortly after TCI had built a new cancer facility in an expansion of its operations. There were synergies at the outset but also challenges to making the merger a success, said Jason Ervin, MBA, of OCSRI.

The group saw a huge influx of patients who had previously been seen by the hospital providers. In a short time, 1800 hospital patients began using the outpatient facilities, and the staff had to incorporate hospital records into an electronic health record system that was not capable of managing this process without heavy manual input, Ervin said. These new patients had more comorbidities and financial challenges, which amounted to the biggest challenge of making the merger work. “We worked to enhance the infrastructure for low- or no-pay patients,” he said. The number of wheelchairs had to be tripled.