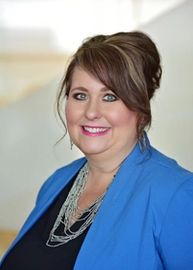 In today's managed care environment, it is important that contracts between practices and payers include reciprocal language that affords a practice protection over processes, decisions, and changes to the agreement over time, while aligning with its business operation.

To thrive in today’s evolving health care landscape, network providers must be well informed about the managed care agreements governing their payer relationships. Not only is it critical to understand whether the practice is being reimbursed adequately for services it provides to the payer’s members, it is just as important to be sure the contract language is reciprocal and affords the practice protection over processes, decisions, and changes to the agreement over time, while aligning with its business operation. This is a massive undertaking as physician practices often deal with 40-50 or more different insurance companies with commercial, Medicare, and Medicaid programs as part of each payer’s offerings.

Understanding the implications of existing contracts that the practice has signed, new agreement templates under review, or (more alarmingly) amendments that may have automatically been incorporated into the current contract without mutual consent, is critical to identifying key items to address in any negotiation or renegotiation. Fortunately, there are several proven approaches that practices can use. These methods can help ensure an optimal and favorable outcome by identifying and communicating areas of concern as well as opportunities for improved rates and terms.

Practices can enhance the negotiating process and make certain they are focusing on critical areas by employing a few best practices, such as the following key focus areas:

Communicating the practice’s value proposition.The practice’s value proposition, unique offerings that differentiate it from the competition, provide value to payers for their members. Some examples are cost savings, quality care and patient satisfaction. Payers may be unaware of the value a practice brings to its members, so meeting face-to-face and having meaningful discussions should be done frequently. Not only does this cultivate relationships, it also gives the payers talking points about the practice when selling their plans to employer groups. Additionally, it provides an opportunity for clinical discussions about the practice’s specialty which helps in collaborating with the payer.

A typical renegotiation effort can take several months, even up to a year or more. A practice can expect to devote adequate time and resources to attain a favorable outcome, all the while keeping in close contact with its payer representatives as a mutually favorable outcome is worked toward.

Amendments. Each contract has language pertaining to the process by which contracts are amended or the ability for parties to revise the agreement. Some contracts allow payers to amend at will without consent, initiating changes the practice cannot stop. Practices should make certain the contract can only be amended upon mutual agreement, in writing, in advance and by mutual signature.

Timely filing. Ideally, practices should have 365 days to submit a claim. While most will send claims over quickly, having a fair time window for filing allows for anything that may fall through the cracks.

Prompt pay. Contract language should specify payers are required to reimburse the practice within 30-45 days on all plan products for properly submitted claims or are otherwise subject to state regulations.

Over/underpayments. Contract language should specify a mutual timeframe for both parties limiting how far back either can go to collect or refund the amount over or under paid. Elimination of a payer’s ability to offset overpayments can surely ease the administration and accounting a practice has to support.

Termination. Contract language should specify either party can exit the agreement without cause within a fair amount of time. Contracts often have a tight window for termination ability including sometimes being tied to an anniversary date which narrows the exit opportunity even further.

Mergers/assignment. Contract terms relating to mergers and assignments should be reciprocal to the payer and the practice. Payers enter mergers frequently and do not ask the practice for permission. Similarly, practices should have the same freedom to conduct a business transaction, whether it is a merger or assigning a contract.

All services. Contract language should allow practices to provide (and be reimbursed for) all services within the scope and expertise of their specialty and license, so that they are not limited to a certain set of services.

Medical records. Timelines for the payer’s ability to request records should be well defined. Language can also be inserted to limit the number of medical records and frequency of reporting requested in a given period.

Arbitration. The contract should have reasonable and fair arbitration language, ultimately ensuring both parties are permitted to access all protections under the law. Clear time frames and cost responsibilities are critical, as well as proper jurisdiction. The contract should be governed by the laws of the state where the practice is located rather than where the payer is headquartered. Arbitration should also occur in a location convenient for the practice.

Prohibition against Mandatory Vendor Imposition. Protective language should be included prohibiting a payer from requiring patients to obtain their drugs from an outside pharmacy or a location other than the practice’s pharmacy when the drugs will be administered by a practice physician. This is a topic of particular interest today, with many payers implementing frequent policy changes, so it is important for practices to open this conversation during negotiations.

Calculating basic payer analytics. Calculating the practice’s payer mix prior to negotiations is very important, as it is critical to understand what percent of the practice’s business comes from each health plan. These reports should be done annually, as the payer mix can change quickly. Shifts in large employer group plans may occur, patients may migrate from traditional Medicare to Medicare Advantage plans managed by commercial payers and volume of Medicaid or uninsured patients may change―all of which impact the payer mix. It is important to stay on top of these developments, as this information enables practices to prioritize payers for renegotiation. A practice’s service mix may also change over time, depending on new offerings at the practice. These service line changes impact the volume distribution which can lead to fluctuations in the overall weighted reimbursement. Finally, it is crucial to perform a weighted reimbursement analysis, which considers the practice’s utilization history for all codes, current payer fee schedules, and where each service line comes in as compared to a percent of the current Medicare Fee Schedule.

Negotiating can be intimidating, but many benefits can be gained. Not only does negotiating build relationships with payers, it also keeps the practice top of mind among the payer’s network providers. Additionally, it gives practices the opportunity to demonstrate their value to payers while giving clarity on issues within their specialty. In the end, successful negotiations result in improved reimbursement and contract language that protects the practice’s business interests.

From the payer’s perspective, it is never time to renegotiate. Consequently, practices must be prepared to initiate renegotiation. By performing payer analytics annually, they can stay on top of which plans and services are driving the most volume. Keeping a payer scorecard becomes important to track against other top plans, as well as pain-points and deal-breakers that may be able to be rectified with contact language changes. Armed with this knowledge, they should reach out annually to open negotiations to address fair compensation and verbiage that needs tackling. Multi-year agreements with rate escalators are highly recommended, eliminating the need to come to the table every year.

Providers have realized considerable success by employing best practices. A few examples demonstrate what can be achieved when sound negotiating principles are applied:

Providers who employ these best practices before and during negotiations gain a critical understanding of their practices, giving them the confidence and knowledge they need for success at the negotiating table. Knowing which payers are driving the most volume and examining contracts to ensure they are reimbursing adequately and protecting the practice are extremely important. Those providers who embrace these principles will be well equipped to meet the challenges of the evolving payer landscape, helping ensure the long-term viability of their practices.