The study, commissioned by the Community Oncology Alliance, has found that overall costs for Medicare and commercial health plan enrollees have been increasing at the same rate as the cost of treating patients with cancer. This contradicts the popular notion that cancer care costs have far outpaced overall healthcare spending.

A Milliman study commissioned by the Community Oncology Alliance (COA) has found that overall costs for Medicare and commercial health plan populations have been increasing at the same rate as the cost of treating patients with cancer. This contradicts the popular notion that cancer care costs have far outpaced overall healthcare spending. 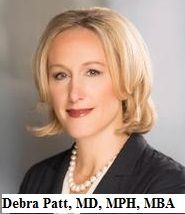 Will the cost of cancer care be unsustainable for healthcare in the United States? That seems to be the underlying question that the current study expected to answer. With a growing number of cancer survivors in the country (an estimated 14.5 million in 2014 according to the American Cancer Society, and rising)—thanks to longevity, earlier detection, and improved treatment options&mdash;long-term treatment and care could be a burden, especially considering the fact that a majority of innovative therapies are biologicals, and they don’t come cheap. Hovering around $124 billion in 2010, spending on cancer treatment is expected to touch $173 billion by 2020&mdash;a nearly 40% increase. Several policy issues have also been responsible for these growing costs, including rapid consolidation and shift in the site of care.

Debra Patt, MD, MPH, MBA, practicing oncologist at Texas Oncology and COA board and study team member, said in a statement that the Milliman report has dashed a commonly held belief that cancer care costs have been growing at a disproportionate rate compared with the rest of healthcare. “It is evident that per capita spending in oncology is less when patients are treated in a physician office setting in comparison with the hospital outpatient department. I hope with the advent of new initiatives such as the Oncology Medical Home, pathway management, and other value-based care initiatives, we should see even more success in providing high value care for our patients,” Pratt added. 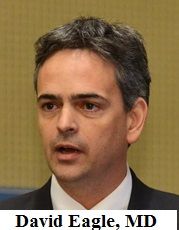 The report also highlighted the following:

David Eagle, MD, a practicing oncologist at Lake Norman Oncology, also a COA board and study team member, emphasized that drug prices are only a part of the complex puzzle of the cost of cancer care. Eagle believes, “If we are to make any meaningful progress in controlling spending on cancer care we need to take a much more holistic look at all of the cost drivers, including site of service differences.”

The report consolidating the findings of the study can be accessed here.

In this column, a health insurance executive discusses 2 ways to address rising inflation, including moving past the traditional fee-for-service payment model.