Payers have a crucial role in the future of community oncology, said Jeffery Patton, MD, of OneOncology, because it’s in their interest to help this lower-cost option thrive.

Most patients who want the most advanced cancer care, such as the chance to take part in a clinical trial, can fi nd it close to home in a community oncology practice. But experts say this type of care, which fl ourished throughout the 1990s, is under siege. If nothing changes, the cost of care will rise for everyone, according to Jeffrey Patton, MD, chief executive offi cer of Tennessee Oncology.

Payers have a crucial role in the future of community oncology, he said, because it’s in their interest to help this lower-cost option thrive. “I say this at least 5 times a week. I’m a business guy now. And in most businesses, the low-cost, high-quality provider gets rewarded. And I think the payers are starting to recognize it,”

Payers, he said, should reward community oncology practices by sending patients where care costs less. Academic medical centers should handle the small percentage of cases that can be handled only there. “But let’s work together and recognize what you already know,” Patton said. “Push patients our way.”

Patton’s presentation, “Innovation Is Disruptive,” offered attendees at Patient-Centered Oncology Care® a history of community oncology’s contributions to better care and improved survival, which picked up steam with the 1991 approval of ondansetron (Zofran) to treat nausea caused by chemotherapy. Suddenly, patients could drive to infusion appointments and go straight home. “This really revolutionized how we give chemotherapy,” Patton said. “It’s probably the most patient-centric thing that’s happened in my career.”

Innovation at the community level didn’t stop there, Patton said. With each evolution of the delivery system, community practices kept pace:

• When the early 2000s brought a rise in the use of oral medication, community practices opened their own on-site pharmacies.

Today, Patton is living through another wave of disruption, one brought on by the transition to value-based payment models that promote same-day appointments, aim to keep patients out of the emergency department, and seek greater patient and caregiver involvement through advanced care planning. As a founder of OneOncology, he has formed a partnership that aims to help community practices stay independent by leveraging technology and shared insights, creating the scale that practices need to gain attention from payers and pharmaceutical companies for value-based programs.

The trend toward care given closer to home led to 85% of chemotherapy being given in community practices by the late 1990s, he said. Since then, the pendulum has swung the other way, brought on by economic forces favoring larger enterprises.

Government policies often gave hospitals an advantage, such as Medicaid’s 340B program that allowed hospitals to buy chemotherapy drugs at discount and policies that work against community practices when they treat dual-eligible patients. Many practices could no longer compete and were bought out by hospital systems, and the result is higher costs, Patton said.

“Patient choice is not talked about enough in being patientcentric,” he said. If patients were choosing the community setting, then limiting access to this delivery system fails to give them what they want, he said.

Community oncology clinics in Tennessee have delivered on changes such as off ering more access to clinical trials and improving practice management. Entities such as The US Oncology Network showed that business techniques could be delivered at scale while keeping high-quality care close to patients, Patton said. Academic centers have a diff erent role in innovation, Patton said. He pointed in particular to the development of the National Comprehensive Cancer Network guidelines. “They really were at the forefront of standardizing care,” he said. As the idea for clinical pathways took shape, the University of Pittsburgh Medical Center partnered with community oncology groups to develop pathways, which became Via Oncology.

In the area of advocacy, community oncology has taken the lead, he said, with the Community Oncology Alliance (COA) was formed in a community oncology office in Memphis, Tennessee. “Today, COA is the voice of advocacy and policy for oncology,” he added. Payers and pharmacy leaders can support the lower-cost option

of community oncology by entering into value-based contracts and doing more to ease the administrative burdens on practices. He pointed to data that show the number of healthcare administrators is rising far faster than the number of physicians.

“All of the increase in administration—it’s just to get paid,” Patton said. These are dollars that are not being spent to hire a dietitian or a social worker, he said, which would add value for patients. OneOncology and other network affiliations in the community oncology realm are the most recent innovation to keep practices from being forced into hospital systems. Each one is different, Patton said. “Economies of scale works for everything&mdash;insurance, anything you purchase. It also frees you up to have capital to invest in other ancillary services,” he said.

The network also allowed the group of practices to collectively announce plans to use biosimilars, which Patton said was important to dispel the myth that physicians profi t by prescribing high-cost drugs. “It’s just not true. It’s been published,” he said. “We have chosen publicly to choose the less expensive drug. And I think this is a narrative that we should be jumping on together.”

As payers get wise to the savings in community practice, they stand to save between $16,000 and $37,000 per patient per year, based on data from UnitedHealth Group, he said. That translates to $4 billion year.

Finally, community practices are an essential resource for patients to support research, whether a clinical trial or the expanded use of real-world evidence. “The good news is, there’s more opportunity coming,” he said. 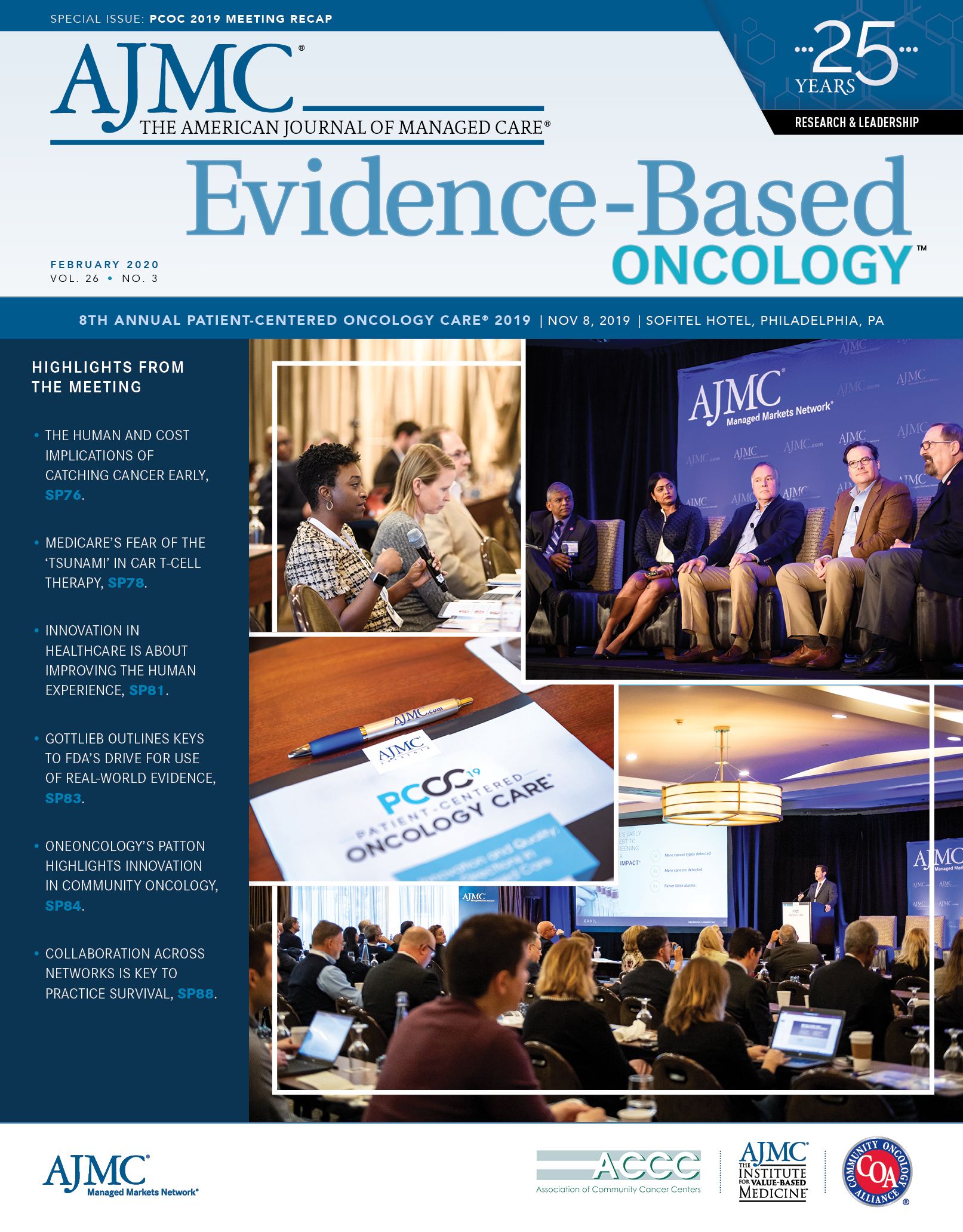