Consumers Are Demanding More From Healthcare 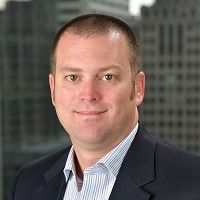 Chris Seib is the chief technology officer and co-founder of InstaMed, a healthcare payment network used by payers, providers, and consumers. Before founding InstaMed, he was an executive in Accenture's Health and Life Sciences practice. He been involved in strategic development efforts regarding government health initiatives, consumer-directed health plans, and direct connectivity between providers and payers. He is a named inventor of multiple patents and patent applications held by InstaMed.

The healthcare industry has been slow to acknowledge the consumer's rising role as a stakeholder.

In 2016, healthcare spending grew to $3.4 trillion and is expected to reach $5.5 trillion by the year 2025. Much of this growth has been and continues to be spurred by increasing consumer payments for healthcare services and health plan premiums. Overall, a report by Kalorama finds consumer spending in the healthcare industry is expected to grow to $608 billion by 2019.

For healthcare services, payment responsibility has increased in part due to high deductible health plans (HDHPs), which have become more popular with employers and in the individual market. In 2010, America’s Health Insurance Plans (AHIP) reported 10 million consumers were enrolled in these plans. But less than a decade later, CDC’s National Center for Health Statistics found that 75 million consumers are now enrolled in HDHPs, a more than 7-fold increase.

Consumers are paying more to have health plan coverage as well, with rates for health plan premiums on the rise. Premiums for plans available to consumers via HealthCare.gov increased by an average of 22% in 2017.

What Does This Mean for Providers?

The impacts of consumer payments on the healthcare economy are felt by both providers and payers alike. As seen in recent years, the trend toward increasing consumer responsibility requires that providers must collect a larger portion of their revenue directly from patients. This held true for 2016, as 72% of providers reported an increase in patient responsibility over 2015 in the Provider Healthcare Payments Survey 2016. Since 2013, the majority of providers have consistently reported this increase in patient responsibility.

The burden to collect from patients has become a growing concern for providers as the top 3 provider revenue cycle concerns in 2016 were related to patient payments: increases in patient responsibility for payment, how to increase cash flow and ways to reduce days in accounts receivable. In particular, the last concern is validated by the 73% of providers who reported that it takes one month or longer to collect from a patient.

Healthcare Is Wrought With Confusion

Despite these shifts driven by consumer payments, many in the industry have been slow to acknowledge or encourage the consumer’s new role as an industry stakeholder. Consider that 92% of consumers reported that it was important to know their payment responsibility prior to a provider visit as indicated by the Consumer Healthcare Payments Survey 2016. Yet, only a third of consumers understood their payment responsibility when a deductible or copay were part of their health plan (University of Connecticut’s Health Disparities Institute).

This gap is perpetuated by a general lack of literacy on common terms in the healthcare payments vernacular—only 7% of consumers could successfully define terms such as plan premium, deductible, co-insurance and out-of-pocket maximum, according to the 2016 UnitedHealthcare Consumer Sentiment Survey.

Typically, consumers are only aware that they may have payment responsibility after they seek healthcare services when they are sent an explanation of benefits (EOB) by their health plan. Though it discusses payment responsibility, the EOB typically includes bold language that it is not a bill and should not be paid by the consumer. This mixed messaging may be one of the reasons that 74% of consumers are confused by EOBs. (Consumer Healthcare Payments Survey 2016).

Consumer confusion does not lessen when the provider sends a statement for payment responsibility as 74% of consumers were also confused by their medical bills (Consumer Healthcare Payments Survey 2016).

There are various contributing factors to this confusion. One disconnect is that consumers may not receive statements for services until weeks or even months have passed. Another cause can be lack of billing consolidation between different organizations under a single business identity, which means that a consumer could reasonably receive multiple statements for what they consider to be one visit.

The Impacts of Consumer Demands to Revenue and Brand

The ability to ignore or deprioritize consumer demands in healthcare payments may no longer be an option in the near future. The consequences of inaction go beyond just longer days in accounts receivable or bad debt. The trends now delineate a clear correlation between the payment experience and a healthcare organization’s brand. For example, patients who are satisfied with billing are 5 times more likely to recommend the hospital. How a consumer views a healthcare organization has direct ties to that organization’s revenue. Between 2008 and 2014, hospitals with excellent HCAHPS patient ratings had a net margin of 4.7% compared to just 1.8% for hospitals with low ratings.

How can healthcare organizations adapt to the new normal created by these trends? Next month, I will look at the tools and best practices in the industry to answer the demands of consumers.

The Trends in Healthcare Payments Seventh Annual Report: 2016 is now available to download—free of charge. For the last 7 years, InstaMed has released this report to objectively educate the market and promote awareness, change and greater efficiency through quantitative data from the InstaMed Network and qualitative data from healthcare providers, payers and consumers surveyed nationwide.