Special approval programs have increased FDA administrative costs (paid for mostly by user fees), and postponements of generic competition have been costly to the US healthcare system, according to a recent article in JAMA.

An article in JAMA raises concerns that special and accelerated drug approval programs at the FDA in recent decades may have resulted in a process that approves drugs based on weaker data, without reducing overall drug development time.

An accompanying editorial describes the current regulatory process as “a thicket of special programs, flexible review criteria, and generous incentives” and suggests starting points for reforms, including improving access to biosimilars.

In the article, Darrow et al describe the evolution of FDA’s approach to drug approval from 1983 to 2018 based on federal laws, FDA regulations, drug approval records, and user fee records.1

The FDA must balance rigorous testing of new drugs to clearly define benefits and risks against timely approval for drugmakers and access for patients. The agency instituted special development, protection from generic competition, and expedited approval programs, such as orphan drug, fast track, accelerated approval, priority review, and breakthrough therapy, to support drug development, especially for rare and serious diseases.2 However, in 2018, 81% of all new drugs won regulatory approval through 1 or more of the expedited programs, the article noted.

Special approval programs have increased FDA administrative costs (paid for mostly by user fees), and postponements of generic competition have been costly to the US healthcare system, the authors noted.

Over the time period analyzed, the FDA accepted more surrogate measures; as a result, harder and more relevant clinical end points are studied less often. In 1995-1997, 80.6% of drug approvals were supported by at least 2 pivotal trials compared with 52.8% in 2015-2017. The authors caution that reliance on surrogate measures may accelerate the approval of drugs that pose significant risk but have little clinical value.

The article reports that although the FDA shortened its review times from more than 3 years in 1983 to less than 1 year in 2017, overall drug development time (from beginning human studies to approval) has not changed: approximately 8 years. The rate of new drug approvals (other than generics and biologics) has not increased substantially since 1983.

On the other hand, the authors acknowledge some positive outcomes. The median number of generic drugs rose following legislation to incentivize and accelerate their development. Plus, biologic approvals are increasing over time, reflecting technological advancement. Although drugs are now supported by fewer studies before approval, the number of patients in these studies has not declined.

“These changes would each reflect an evolution, not a revolution, of the FDA’s approach to new drug approval,” Sharfstein wrote. “These reforms also could bring greater order and thoughtfulness to the regulation of important new therapies, while enhancing safety and creating a greater capability to afford truly transformative medical products.” References 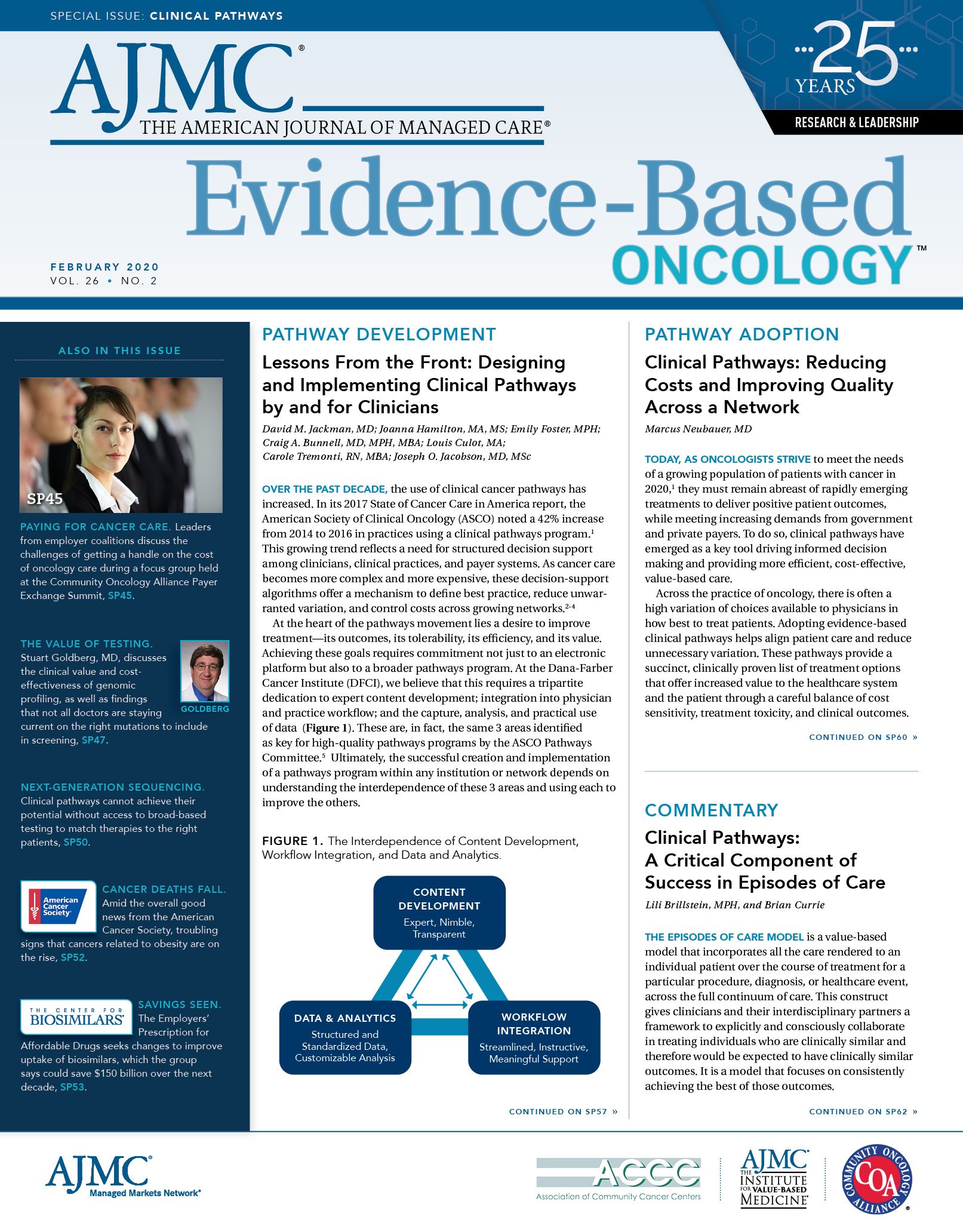 Faster Drug Approvals, Weaker Data? Study Raises Questions About FDA Process
Overall US Cancer Mortality Rate Reaches 26-Year Decline, but Obesity-Related Cancer Deaths Rise
Impact of Next-Generation Sequencing Tests on Clinical Pathways for Cancer Care
Biomarker Testing Can Direct Care, but Only If Clinicians Perform the Right Tests
Speaking of Employers: Purchasers Detail the Challenges of Getting a Handle on Oncology Care Costs
From the Editor-in-Chief: The End of the Beginning
Clinical Pathways: A Critical Component of Success in Episodes of Care
Clinical Pathways: Reducing Costs and Improving Quality Across a Network
Lessons From the Front: Designing and Implementing Clinical Pathways by and for Clinicians
Related Videos
Related Content