Federal Health IT Plan Recognizes Shortfalls of the Past 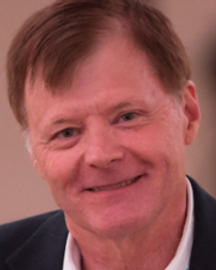 “The course of history shows that as government grows, liberty decreases.” --Thomas Jefferson

Earlier this month, HHS released a draft of the 2020-2025 Federal Health IT Strategic Plan, which is a 26-page document developed by the Office of the National Coordinator of Health Information Technologies (ONC). The stated mission of the agency is “to improve the health and well-being of individuals and communities through the use of technology and health information that is accessible and when it matters most.”

The vision is to create a healthcare system that offers high-quality care, lower costs, a healthy population and engaged people.

Do these words sound familiar? In 1996, President Bill Clinton signed the Health Insurance Portability And Accountability Act (HIPAA), which requires organizations to implement safe electronic access to patients' health data; they must remain in compliance through regulations set by HIPAA Privacy Rule. The goal of HIPAA was to improve access while promoting privacy.

The net result has been resounding failure. HIPAA created significant obstacles in the transfer of medical information and made it a nightmare for medical providers to ensure compliance with the law. Providers became so paranoid about incurring the wrath of the Federal Government that we became extremely selective about what health information to share, which was just about none.

By 2011 the experts began telling us to prepare for electronic medical records, which were going to make life better and easier for patient care. EMRs, as they are called, would be a way to reduce costs, improve patient access to their records, provide more communication between providers, and help gather information. It was claimed that electronic records would facilitate the coordination of health care delivery in non-affiliated healthcare facilities. Also, data from an electronic system would make surveillance and tracking of diseases easier. They could be used anonymously to provide information for researchers.

Doubts were raised about cost savings from EHRs by researchers from Harvard University, the Wharton School of the University of Pennsylvania, Stanford University, and others.

The US Congressional Budget Office concluded that the cost savings might occur only in large integrated institutions like Kaiser Permanente and not in small physician offices. They challenged RAND Corporation's estimates of savings, stating, "Office-based physicians, in particular, may see no benefit if they purchase such a product—and may even suffer financial harm.”

The government, despite the known problems, hastily put together a system by enticing hundreds of vendors to produce medical record systems that were expensive, difficult to use, and disruptive to the doctor-patient relationship. In their haste, the regulators neglected to include provisions to allow the systems to talk to each other. Vendors got wealthy putting in these systems and training providers how to use them; through a combination of incentives and penalties, they had managed to get 80% of physicians' offices and 97% of hospitals on board by 2017.

The result was predictable. Providers hated the systems. Patients found them intrusive, because their doctor spoke to the computer and not to them. Costs to providers increased, security concerns materialized, and no one was happy—except for software vendors and insurance companies, who now had doctors doing their coding for them. The platforms were nothing more than expensive billing platforms that tacked on some patient data.

The promise of increased transparency, portability, and accessibility acquired by the adoption of electronic medical records raised the possibility that privacy and security of medical information stored digitally could be easily stolen or misused by unauthorized persons or unscrupulous users, compared with paper medical records. Theoretically, insurance companies could get access to data that could be used to keep them from paying claims. The Health Information Technology for Economic and Clinical Health Act (HITECH) created rudimentary security requirements to prevent this, but as time went on, it became obvious that there were widespread breaches in security to doctors' offices and hospitals. Over time, hospitals became targets for ransomware attacks, and there have been reports of hospitals closing because their data were stolen.

The systems had no provisions for interoperability, or if they did, the process was cost prohibitive to physicians already struggling with rising costs and declining incomes. In my office, we had to print documents created in the EMR, print them to PDF documents then fax them to fellow physicians. Faxing is the least secure way to send data. The records were filled with useless information, repeated multiple times, with very little actual input as to what the patient’s problem was. This was because the programs used templates created by system analysts who did not know how doctors thought and recorded their findings. It became a matter of checking boxes, and somehow the patient’s story never got told.

One unintended consequence was that the EMRs provided the writer with suggestions on how to add extraneous data that would allow for increased coding. Hence, physician billing to Medicare increased. It became commonplace to get a 6-page report from an ear nose and throat specialist on a patient who was referred for an ear lavage. What used to be a $50 charge was now $350 because of a few clicks of the mouse.

CMS knew that there were problems with interoperability, so they developed health IT-focused incentive programs like Meaningful Use (known as meaningless use), the Physician Quality Reporting System (PQRS), and the Merit-based Incentive Payment System (MIPS). These programs were nightmares for providers and created a windfall for consultants to help offices comply. Failure to meet their guidelines resulted in a 2% reduction in Medicare fees. I complied every year, which took weeks to gather and prove compliance and, in return, was given a 0.9 % increase in my Medicare fee profile beginning in 2019. Every year that a physician did not comply, they were fined another 2% in fees. Medicare also hired auditors who reviewed physician records; those who were not in compliance but reported they were could be fined, and many were.

The 21st Century Cures Act (Cures Act), signed into law on December 13, 2016, was designed to help accelerate medical product development and bring new innovations and advances to patients who need them faster and more efficiently.

The law was mainly concerned with bringing new products to market quickly but had several other features one of which was to make it easier for patients to have access to their medical records and prevent blocking of access. The law opened the fast track approval of orphan drugs and made it easier for some drugs to get approved with clinical trials. It had little effect on patient records, however.

At the HIMSS18 Conference, CMS Administrator Seema Verma reported that when her husband collapsed in an airport with a stroke, she couldn’t get any records from her husband's doctors. After a 7-day stay at the University of Pennsylvania when she asked for records, she was finally handed a discharge summary and a CD ROM.

“I’m going to let that set in for a second,” Verma said. “After the federal government has spent more than $30 billion on EHRs … I left with paper and a CD-ROM. Most computers don’t even take CD-ROMS anymore.”

When former Vice President Joe Biden’s son had brain cancer, he wanted records sent from Walter Reed National Military Hospital to The University of Texas MD Anderson Cancer Center. But this was not possible because the because the EMRs for the facilities could not talk to each other. Biden had to have his son’s records flown to Texas.

"I'm the vice president of the United States," Biden said. "I have a ... a very influential son-in-law who's a first-rate, well-known surgeon. It took all that and more to get [Beau's data] put on a disk and flown down to Anderson."

In its 2019 proposed rule, ONC promoted the interoperability of health information by supporting the use of Health Level Seven’s (HL7) Fast Healthcare Interoperability Resources (FHIR) standard for APIs. The use of FHIR encourages increased data sharing between patients, healthcare providers, payers, researchers, and other healthcare entities.

Also, as required in the 21st Century Cures Act, ONC proposed regulations that address information blocking, which is generally described as the practice of interfering, preventing, or discouraging the access, exchange, and use of electronic health information for competitive or other reasons. I asked 10 of my colleagues if they ever heard of FHIR, and none had. I called my congressman and asked him if he had ever heard of it, and he hadn’t but would get back to me. A few days later, I got a letter from Congress thanking me for my interest in farmland preservation. What?

So why do we need the Federal Health IT Strategic Plan?

Currently, we have a system that allows hackers to steal information from offices and hospitals and hold them hostage. Patients still have a hard time getting records. It took Senator John McCain 2 years to get his son’s records. When patients get records, they are carefully scripted because physicians may not want to say anything offensive and often contain errors that are copied from one visit to the next. Hospital EMRs like Epic ask each provider who sees the patient add to the problem list, so the lists have grown exponentially. For example, I may write “Hypertension,” and doctor 2 writes “Essential Hypertension,” nurse 3 writes “labile hypertension” PA 4 writes “white coat hypertension,” and now there are 4 problems to describe the same problem.

As reported on Doximity a doctor wrote the word COPD in an electronic record because his patient formerly smoked. He wanted to remind himself to monitor him for that condition should it develop. The patient had purchased an insurance policy and got coverage for open-heart surgery. He was scheduled for a second surgery, which was refused, and the money for the first surgery was taken back because he didn’t report he had COPD. He didn’t have COPD, and he didn’t know about the careless entry in the record which the insurance company found.

National health expenditures were about $2.12 trillion in 2012, and by 2017 were $3.5 trillion are projected to reach more than $6 trillion by 2027, with annual increases averaging about 5.5%. The are many reasons for that, but EMRs don’t appear to have helped.

The new health care plan has outlined the problem correctly. This time, the regulators have recognized where we have gone wrong. They are asking the public to help draft the final bill. Donald Rucker, MD, the current National Coordinator for ONC, has sent a clear message that he intends to make this a priority. The fact that a former vice president and the current CMS administrator have made public their frustrations will probably carry the most weight. It often takes an important person to get injured by the system before things change.