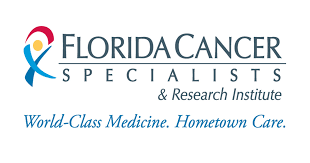 The multisite community oncology practice announced the succession plan in a statement Monday.

Under Prechtl’s leadership, Florida Cancer Specialists expanded the number of clinical sites, grew the number of physicians and staff in the practice, and expanded its role in clinical trials and research.

“I am deeply honored to have had the opportunity to steer such an innovative organization over the last 10-plus years,” said Prechtl. “FCS has developed and grown with the singular goal of consistently providing the highest quality of value-based cancer care. I am very proud of all that we’ve accomplished and have been inspired every day by the dedication and commitment of my colleagues, physicians, clinicians and employees, and the courage and perseverance of our patients.”

Walcker joined FCS as its chief financial officer in August 2019. After earning his undergraduate degree in economics from Columbia University in New York City, Walcker started his career on the trading floor at Merrill Lynch. He later received his MBA in finance from Columbia Business School and held senior positions as an investment banker, focusing on mergers and acquisitions and strategic advisory work for health care clients.

For the full statement, see here.