Letter From the Editorial Board: Jan E. Berger, MD, MJ

It was time for my annual routine physical. This is something that I do on a yearly basis now that I have entered what many people call “middle age.” I started my career as a pediatrician and because of this I respect the role of a primary care provider and understand the value that they bring to health care. Four weeks after the visit I received a $278 bill from my insurance company. As a seasoned health care executive, this was surprising to me. Since the enactment of the Affordable Care Act, most individuals are fully covered, with no out-of-pocket costs for their annual routine visit as part of their preventive care services. To clear up what I thought was an error, I began with my primary care provider. What should have been an easy call wasn’t. I finally heard from the office manager, who shared with me that discussing my family history during the physical and updating the information on my chronic condition were outside of the purview of the annual visit. I tried to explain to her that I had deep knowledge in insurance coverage, and I believed that she was incorrect. I then spent the next several weeks communicating with the CEO of the health system, leadership of the insurance company, and the consulting company of my employer-based health insurance coverage. No one took responsibility; each blamed the other. The entire experience was frustrating.

You may ask why I spent so much time fighting a $278 charge. I am lucky enough to have the money to pay the bill. That was not the issue. The issue was that the charge was not correct, and I felt victimized by a surprise bill. I was not alone. In fact, a NORC Institute at the University of Chicago study found that more than half of American adults have been victims of surprise billing.1 More than 50% of these individuals received surprise bills under similar circumstances to mine (unexpected charges for physician services and associated health care facility charges).

Surprise billing is a broad term that can occur for a number of reasons. The most common is that an individual receives care from providers that are thought to be in network but are not. This is often due to network complexity and often occurs from services originating in the emergency, radiology, or anesthesiology departments. A 2019 Commonwealth Fund study found that 1 in 5 emergency department visits lead to a surprise bill.2

An increasingly common cause of these unexpected bills is due to unbundling or upcoding. This was what occurred in my case. During my visit, the provider asked about my family history and inquired about any new problems and concerns that I may have. Our conversation was routine, one that I have had as both a provider and a patient and did not raise any health concerns. This routine annual physical is covered as a bundled service and is fully covered by most insurance companies. Unfortunately, the coding team for the medical group flagged this process and unbundled the services to create an additional charge outside of the covered service that I received. Unbundling occurs either due to error or as an effort to increase payments.

This additional unbundled charge also prompted a facility fee. This additional fee is often a charge that is added to a visit at a clinic that is owned by a hospital. The fee can range from $15 to $200. Most hospitals do not openly disclose these fees and most insurance companies do not cover these fees. This fee was added to my bill although the office in which I see my doctor is not physically attached to the hospital. It was added because my provider’s practice was purchased by the hospital system.

My experience prompted me to reach out to others in similar situations. Most had similar feelings about their experience, ranging from frustration to anger. The one common emotion articulated was the loss of trust in the health care system. Providers seemed unknowledgeable and unconcerned about the costs, employers say that it is an issue for the health plans, and the health plans say that this is the decision of the employer. Each of them showed lack of concern and placed blame elsewhere.

If we are to succeed in increasing transparency, decreasing low-value costs, and increasing quality, we all have to care. Lack of trust is the barrier to a successful system. It is time we all take responsibility to work together and regain the trust needed for health care to prosper.

1. New survey reveals 57% of Americans have been surprised by a medical bill. News release. NORC at the University of Chicago. August 30, 2018. Accessed May 4, 2021. https://www.norc.org/NewsEventsPublications/PressReleases/Pages/new-survey-reveals-57-percent-of-americans-have-been-surprised-by-a-medical-bill.aspx 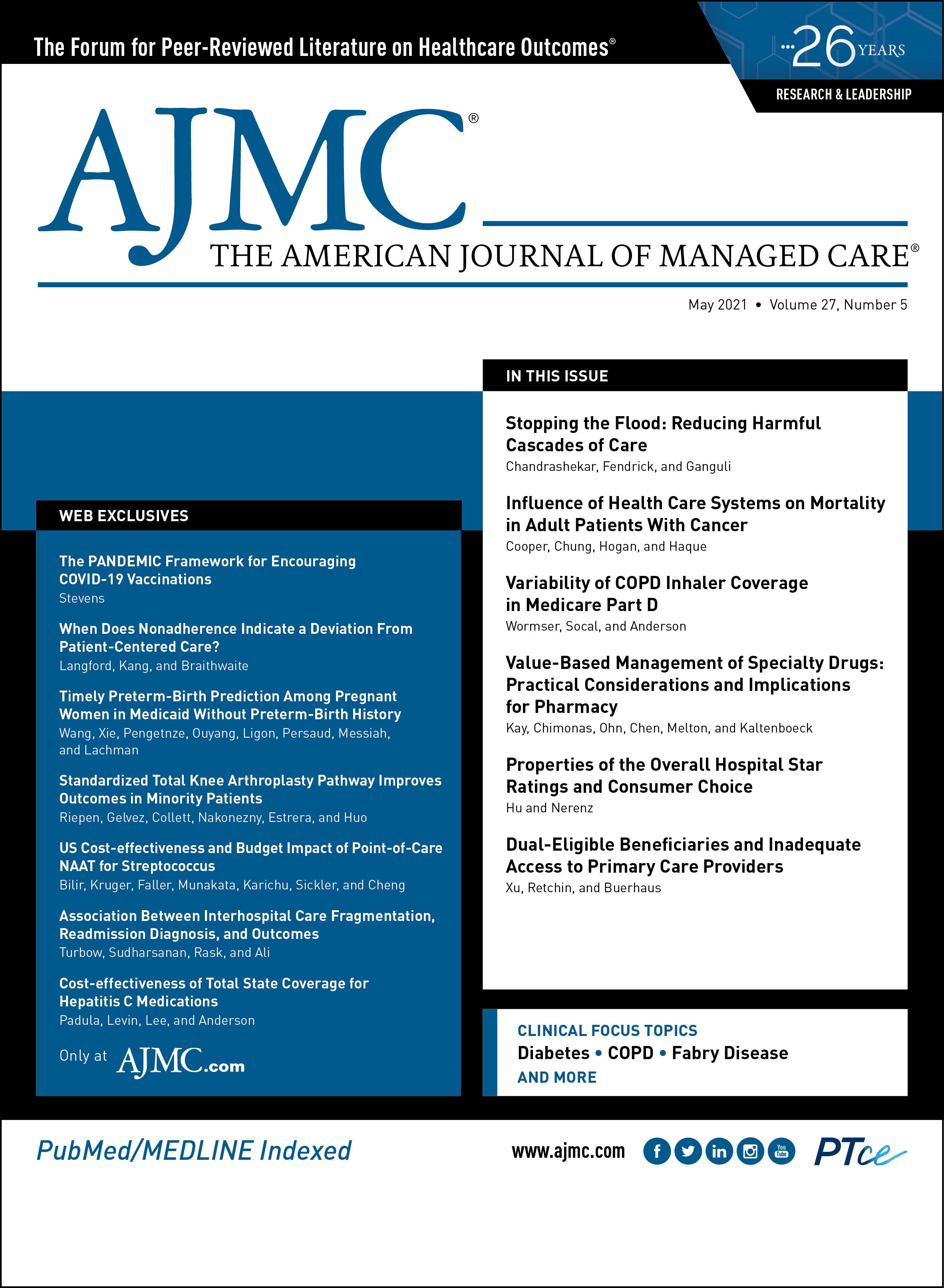