Living While at High Risk of Developing Alzheimer Disease 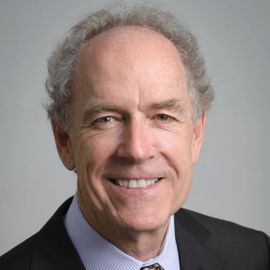 Peter Boland, PhD is a national thought leader with 35 years of practical experience in strategic thinking and trend forecasting. He has worked with numerous hospitals, delivery systems and payers on change management and market restructuring. Peter offers an independent and original point of view and challenges organizations to anticipate “what’s next?” He has written more than 100 articles for dozens of professional journals and 5 books on manage care. He is often quoted in trade and news media such as The New York Times, Wall Street Journal, The Economist, and The PBS News Hour.

In 2017, an estimated 5.5 million Americans were diagnosed with Alzheimer disease (AD) and 200,000 under 65 years of age are described as having early-onset AD. Even more striking is the finding that 47 million Americans are presymptomatic with stage I AD. These dire statistics beg the question about the merits of getting tested for AD since lifestyle changes can help people at risk, but they are less likely to improve the conditions of those already experiencing cognitive impairment or dementia.

In 2017, an estimated 5.5 million Americans were diagnosed with Alzheimer disease (AD) and 200,000 under 65 years of age are described as having early-onset AD. Even more striking is the finding that 47 million Americans are presymptomatic with stage I AD.

These dire statistics beg the question about the merits of getting tested for AD since lifestyle changes can help people at risk, but they are less likely to improve the conditions of those already experiencing cognitive impairment or dementia. The book Fighting for My Life: How to Thrive in the Shadow of Alzheimer’s tackles this question head-on.

This publication is unique because it is not just about brain disease. The focus is about risk factors, the consequences of attaining genetic information, and ways to prevent AD. The book is a tandem discussion between a renowned clinical expert and a woman who is still considered cognitively normal by objective standards, but she is coming to grips with what initially seemed like a death sentence.

A new case of AD develops every 65 seconds, and it is the sixth leading cause of death in the United States. AD is the only disease in the top 10 that cannot be cured yet, prevented yet, or slowed yet. The key word is “yet,” and that is the overriding theme of this alarming and compelling book.

Jamie Tyrone met Marwan Sabbagh, MD, at a medical conference and was immediately touched by his humanity and kindness. This was a welcome departure from other clinicians that had given her little useful information or any support on how to deal with an AD diagnosis. This chance meeting grew into a multiyear collaboration on how to thrive in the shadow of AD, the book’s apt subtitle.

Tyrone inherited 2 ApoE4 genes that translate into a 91% chance of getting AD. For Tyrone, the average onset age is between 63 and 65 years compared with 68 years for the national average. Age is the strongest risk factor for AD with 5% of people aged 65 years having the disease, and the risk doubles every 5 years after that. By 85 years, the risk is 1 in 3 (33%)

When Jamie learned that she was at high risk for AD she was forced to deal with bewildering medical issues and the daily uncertainty about what to do. Even though Jamie was a highly skilled medical professional with a nursing background, she was unprepared and ill-equipped to learn about the implications of her genetic status without proper education and useful information. There was no one available to discuss and assimilate the pros and cons and pitfalls of genetic testing. She was left to confront the uncertainly of her medical future on her own. The book chronicles her 9-year journey from initial denial about her diagnosis to full-time advocacy for herself and future AD patients.

Throughout the book, Sabbagh is objective and realistic in his assessment about the challenges posed by AD in terms of clinical research and behavioral change for patients. Jamie is likewise clear-eyed about her diagnosis, how it has shaped her identity, and what it feels like to come to terms with all the ramifications of an AD diagnosis—shock, denial, despair, breakdowns, fears, and dependency. Her personal story of courage and resolute commitment to “fight for her life” has the poignancy and impact of a true heroine’s journey. Her experience is a testament to resiliency and making sense of a life-altering diagnosis.

The Mechanisms of AD and Potential Treatments

Sabbagh is the director of the Cleveland Clinic Lou Ruvo Center for Brain Health in Las Vegas.

He believes comprehensive lifestyle interventions can make a difference and will modify the “no cure” label of AD in the near future. While multiple factors contribute to the development of AD, some can be reduced or eliminated through lifestyle choices, dietary change, exercise, restorative sleep, and medication. Others factors like age and genetic structure are not modifiable.

AD is a degenerative brain disease that affects cognitive function. It shows up as gradual memory loss, the inability to perform routine tasks, impaired judgment, loss of language skills, and troubling personality changes. The most noticeable physical manifestation of AD is disorientation.

In addition to genetic testing, there are multiple types of biomarkers that measure changes in brain function such as brain imaging, computerized tomography scan, magnetic resonance imaging, positron emission tomography scans, cerebrospinal fluid biomarkers, and blood biomarkers. In other words, it no longer requires an autopsy to accurately confirm a definitive diagnosis of AD; testing now is very precise.

The most notable clinical manifestation of AD is the formation of amyloid plaques, abnormal clusters that build up between the nerve cells and disrupt mental functioning. These tangled fragments are made up of a protein called tau which leads to massive dysfunction and cell death.

Stopping the production of amyloid is an ongoing focus of AD research. A class of drug known as

β-secretase inhibitors is aimed at stopping the production of amyloid before it becomes plaque or potentially causes damage. So far, these treatments have proved to be inconclusive. For example, renezumab, solanazumab, and aducanumab are no longer being investigated in mild to moderate AD trials. Low doses of the drug azeliragon is being tested to slow cognitive decline but with mixed results to date.

Another branch of research is targeting tau, rather than amyloid, with vaccine investigations that have the potential to trigger an immune response with both therapeutic and preventive benefits.

In addition to promising clinical research for slowing mild cognitive decline of AD, Fighting for My Life: How to Thrive in the Shadow of Alzheimer’s points towards nonmedical interventions such as changes in lifestyle that are well understood and within reach of millions of individuals who are currently asymptomatic but at risk for developing AD because of age and genetic structure.

Early intervention appears to work and would spare millions of lives and trillions of dollars. Furthermore, the growing field of epigenetics suggests that our environment strongly impacts our genetic makeup. This includes a range of factors, such as diet, exercise, sleep, stress, social contact, and community, over which we have varying degrees of control.

Dozens of daily choices about how we live and the decisions we make about lifestyle can have a significant impact on preventing dementia and slowing the rate of cognitive decline. Changes in lifestyle are a validated nondrug alternative to treat mild cognitive impairment as well as predementia. Each of these lifestyle choices can have a beneficial effect on the brain.

One of the most important factors to protect against the onset of dementia and AD is eating a brain-healthy diet, such as the Mediterranean diet or a whole food, plant-based diet. A ketogenic diet has also been shown to reduce dementia symptoms.

Strong evidence suggests that foods rich in B-complex vitamins (B6, B12, and folates), antioxidants, anti-inflammatories, and unsaturated fatty acids will lessen the risk of developing AD. It is important to note that eating fresh, nutrient-dense foods will also help protect against leading chronic diseases such as cardiovascular disease, obesity, and cancer, which are also linked to AD.

Another of the building blocks to better brain health and protecting against AD is physical activity. Exercise over medication is now recommended in the treatment of mild cognitive impairment by the American Academy of Neurology. Vigorous physical activity (eg, 30 minutes a day) stimulates brain growth and is associated with less brain atrophy.

Nondrug approaches also include personalized cognitive therapy for early-stage dementia. It involves a therapist working with a family member and the individual with dementia to maintain activities of daily living, normal functioning and independence.

The book posits the question of how much control we have over our brain’s long-term health. The surprising answer is quite a lot. It depends on how each person pursues brain health as part of their daily regime. That choice is ours to make.