The chairman of the Mississippi State Senate Medicaid Committee outlines steps the state has taken to promote healthier lifestyles among children.

Mississippi may lead the nation in prevalence of diabetes,1 but several initiatives are moving us closer to the top in terms of fighting it among our youth and adults.

It is estimated that 41.8% of school-aged children and youth in Mississippi are overweight or obese.2 The reasons for this are varied: household financial constraints that prohibit purchase of fresh fruit, vegetables, and proteins; lack of access to these items in rural areas; poor dietary habits; failure to take advantage of school breakfast and lunch programs; limited physical activity; and increased time in front of a television, tablet, or phone.

Thanks to a grant from the National Governors Association under the Healthy Kids, Healthy America Program, Mississippi conducted an extensive study and developed an action plan of implementable policies to curb the rate of obesity and diabetes in our children.3 The program, Preventing Obesity with Every Resource (POWER), resulted in then-Governor Haley Barbour appointing a task force of 9 organizations and departments to guide these projects.4

Thanks to the Child Nutrition and WIC (Women, Infants, and Children) Reauthorization Act of 2004,5 each school was required to establish a Local School Wellness Policy.This led to adoption of stricter guidelines for what can be sold in school vending machines, adoption of improved nutrition standards, and new requirements for physical education and activities.

Through the Bower Foundation, schools were awarded Five Star Foods Grants to increase consumption of fruits and vegetables through the purchase of sectionizers and slicers, which made school lunch food more attractive to students. In addition, food service managers attended chef-led training sessions. Eighty schools from 25 school districts benefited from this program.6

The Bower Foundation Nutrition Integrity Grant6 helped remove fryers from school kitchens and replace them with combination oven steamers. A total of 104 steamers were purchased in 41 school districts across the state.

The Committee to Move Grant provided 25 grants totaling $9400 to 21 schools to purchase physical education equipment and resources.6 The Center for Mississippi Health Policy conducted an evaluation of these grant awards over 5 time periods from Spring 2008 to Spring 2010 to further study the relationship between fitness and academic performance. The Governor’s Commission on Physical Fitness and Sports later gave recognitions of excellence to more than 260 schools.7

The TEAM Mississippi: A Partnership for Healthy Families was formed in conjunction with the University of Mississippi Medical Center. As reported in the journal Obesity, 450 children in grades 1 through 4 spent a year being educated on healthy eating habits; the results showed improvements in overall nutrition and weight and a statistically significant decrease in body fat over those who were not educated in health matters.8 Finally, through the Health in Action initiative, teachers now have free access to an online database of 1300 health and physical education lesson plans.9

But many point to the passage, and funding, of the Mississippi Healthy Students Act of 2007, requiring schools to serve better and healthier meals, as a watershed moment in turning the tide on our obesity and diabetes epidemic.10 This was further strengthened by:

• Restricting the advertising of unhealthy foods

As a result of all of these efforts, the Center for Mississippi Policy reported that rates of overweight and obesity among students in kindergarten through fifth grade fell from 43.6% to 37.3% from 2007 to 2011.11 CDC data show our youngest children made early progress as well—obesity rates among 2- to 4-year-olds from low-income families dropped from 14.6% in 2008 to 13.9% in 2011.12 More recent evidence in the Journal of the Mississippi State Medical Association found the combined share of overweight and obese students in kindergarten through 12th grade was 41.8% in 2013, compared with 43.9% in 2005.13 (Table).

As chairman of the Mississippi Senate’s Medicaid Committee, I am acutely aware of the financial need to continue to address this problem in our youth. Estimates show that Medicaid spending would be 11.8% lower in the absence of childhood obesity. And in a time where Medicaid overages are prevalent and state budget dollars are limited, we must remain diligent on this matter.3

In 2016, Mississippi announced a partnership with the Cleveland Clinic’s Endocrinology & Metabolism Institute to build a state-of-the-art research facility to address the rise in diabetes and obesity in our state (Figure). By bringing private sector dollars to the table, along with state funds, the National Diabetes and Obesity Research Institute (NDORI) will develop the necessary infrastructure to offer clinical research, trials, disease-based registries, and treatment-based algorithms. A 300-acre medical campus is being developed in South Mississippi around NDORI with local and regional healthcare providers, leading medical educational institutions, and state and federal agencies sharing research and training tools to help fight this epidemic and educate future healthcare providers.14 But we are not stopping there. Mississippi currently leads the nation in telemedicine and is 1 of only 7 states to receive an “A” rating from the American Telemedicine Association.15

In 2015, Mississippi began one of the most aggressive research programs in the nation in the heart of the Delta through Intel-GE Care Innovations, the University of Mississippi Medical Center, and CSpire. The program treated 200 patients in the region with the most severe form of diabetes. Early results show not a single hospital readmission due to the disease and more than 10,000 miles of patient travel saved.16,17

In 2017, Governor Phil Bryant signed into law the Health Care Collaborative Act,17 which will provide new opportunities for the University of Mississippi Medical Center to partner with rural hospitals to further expand medical services. Furthermore, the University of Mississippi Medical Center has formed partnerships to teach diabetes- and obesity-related curriculum in churches, doctors’ offices, and civic clubs throughout the state. The state now has more than 500 trained individuals who can serve as screeners for diabetes and hypertension.

However, the realities of funding Medicaid remain top of mind. The continued expansion of Medicaid, especially to able-bodied adults, has left many states, like ours, fearful of the larger share of healthcare costs that we may have to bear. By the Mississippi Division of Medicaid’s own numbers, for the last 18 months, the number of Medicaid enrollees has gone down, yet the request for state dollars has continued to climb with this year’s request totaling over $1 billion.18 Managed care of Medicaid was implemented in 2014 to address these rising costs. During our 2017 legislative session, I called for the commissioning of a joint study to determine if the managed care organizations are performing as we hoped, what the savings have been if any, and what changes still need to be made. The services we provide are extensive, and necessary, to treat those who cannot help themselves and provide a safety net for our least fortunate. We need to look at whether those services are providing a return on investment by improving the health and well-being of the patients served and changing Mississippi’s poor health behavior for the long term.

While there is hopeful talk that Congress will swiftly address Obamacare (the Affordable Care Act), I have found waiting on Congress to act is a losing proposition. The states have traditionally been the “laboratories of democracy,” where grassroots efforts can effect change. For these reasons, I thank my fellow legislators for starting the important work of determining how to responsibly take care of our Medicaid population without breaking the bank, and proactively addressing the diabetes and obesity epidemic in our state.

State Senator Brice Wiggins, JD, is the chairman of the Mississippi Senate Medicaid Committee. A Republican from Pascagoula, Senator Wiggins has served in the Legislature since 2012. References 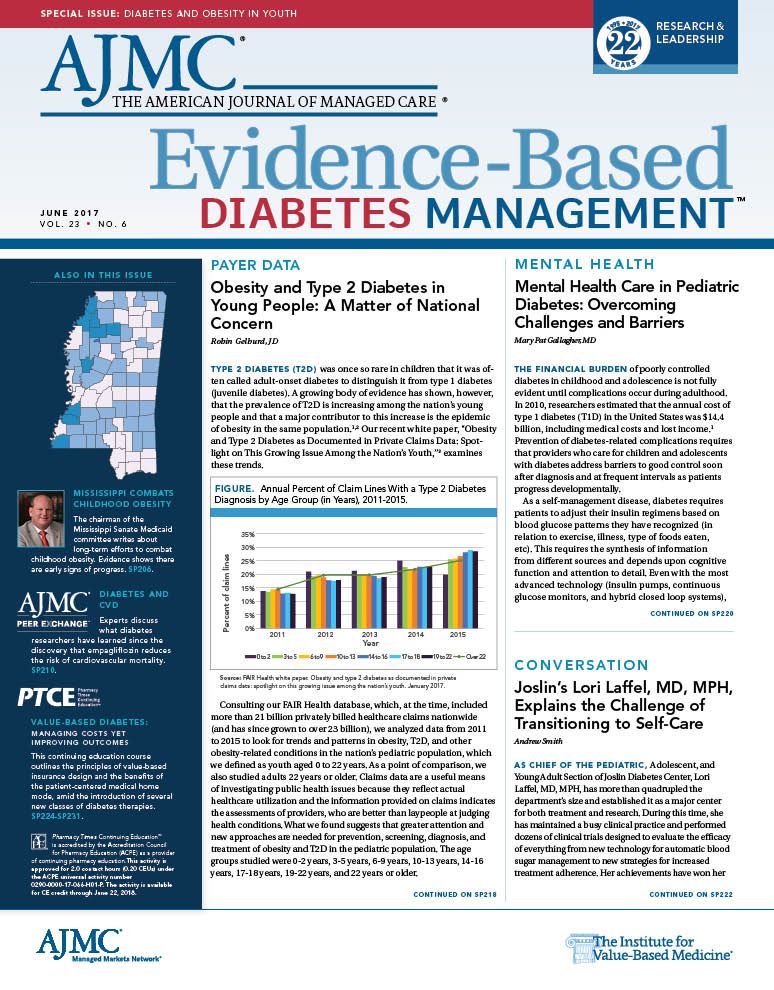