Myths and Truths about the UK National Health System 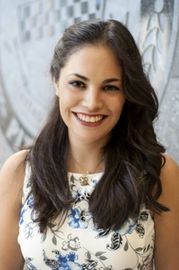 Inmaculada (Inma) Hernandez, PharmD, PhD, is an assistant professor at the University of Pittsburgh School of Pharmacy. Her research program is built at the intersection of pharmaceutical health services and outcomes research, pharmacoepidemiology, pharmacoeconomics, and pharmaceutical policy. Specifically, she is interested in the real-world use and outcomes of oral anticoagulation therapy in stroke prevention in atrial fibrillation, on the use of large data sets, advanced data mining techniques, and comparative effectiveness research to predict and compare outcomes of medications, and on value-based health insurance and health services delivery.

What can the US learn from the UK National Health System? Probably not acute care management, but definitely, primary care and preventive interventions.

I am a great believer in countries learning from others. That is why as a Spanish pharmacist, I did my clinical traineeship in the United Kingdom and I came to the United States to study for my PhD. Not surprisingly, I usually find myself explaining to my American colleagues how the US healthcare system could benefit from embracing some of the European policies. Similarly, whenever I interact with healthcare providers in Europe, I wish they learned from American healthcare executives.

In my future posts, I will be addressing cross-national differences in health policy and, in particular, discussing the European policies and programs from which I believe American health insurance providers and managed care organizations could benefit. In this post, I plan to summarize the impressions I got from my clinical traineeship in the UK (I will not discuss well-known matters such as waiting lists or their use of cost-effectiveness analysis, but I will rather focus on my insider impression on some issues of daily clinical practice).

By the time I was finishing my pharmacy degree, I was already interested in health services research and health policy. Because in Europe the UK National Health System (NHS) is considered a reference in this field, I decided to complete my required clinical traineeship in the UK. I did half of my traineeship in the North Middlesex University Hospital and half in a branch of the company Green Light Pharmacy, both in London. Surprisingly, my experience as an insider in the NHS was far different from what I expected. I realized that in terms of micromanagement, the NHS is far from a perfect system; however, some of its primary care—based public health interventions are outstanding.

The impression I got from the NHS during my training in the North Middlesex Hospital was that of a public healthcare system with indiscriminate cost-saving policies, where you would never like to receive care if you got sick. On a daily basis, I would see:

However, my training in Green Light Pharmacy gave me the opportunity to get involved in some outstanding health interventions funded by the NHS, such as:

In summary, I received a very dichotomous impression of the NHS. On the one hand, indiscriminate cost savings at the acute care level would unarguably affect quality of care and push patients toward private care. On the other, NHS is undeniably a referent on preventive medicine and primary care, which are, in my opinion, the “jewels in the crown” of the NHS.

For full disclosure, I will acknowledge that my enthusiasm for these programs is probably biased by the manner in which I got to know them. Green Light Pharmacy is a chain of community pharmacies whose motto is “we care about patients.” With high-standards of care, it is staffed by a group of healthcare professionals sincerely committed to patient well-being and is probably the most patient-centered practice of pharmacy I will ever be involved in. Whenever I see asthmatic patients who cannot distinguish regular from as-needed inhalers, or patients taking statins in the morning, I think of , because I know no single patient will walk out of these pharmacies with such mistakes.