Oncologists Inspect the Costs and Quality of Cancer Care

During the session "Health Services Research and Quality of Care" at the annual meeting of the American Society of Clinical Oncology, oncologists discussed factors that influence clinical trial participation and the cost of cancer care.

During the session “Health Services Research and Quality of Care” held on the second day of the American Society of Clinical Oncology meeting, held at the McCormick Convention Center, Chicago, May 29-June 2, 2015, Ryan David Nipp, MD, clinical fellow in medicine at the Dana-Farber Cancer Institute, presented results from a study evaluating the impact of an equity program intervention on the financial burden of cancer patients participating in clinical trials. The study also examined patient barriers to clinical trial participation.

He told the audience that the study was a collaboration, initiated in 2014, between the Cancer Care Equity Program (CCEP) at the Massachusetts General Hospital (MGH) and the Lazarex Cancer Foundation, with the goal of community outreach, patient navigation, and financial assistance. The study’s purpose was to fund non-clinical expenses related to clinical trial (CT) participation, such as lodging, travel, and parking. “To determine the impact of the CCEP on CT enrollment, we compared CT enrollment in 2014 (after initiating the CCEP) with enrollment in 2012 and 2013 combined, and financial barriers were assessed through patient surveys,” Nipp said.

Patients enrolled in, or being screened for, a CT were referred to CCEP by their cancer care team. These referrals, he showed, came from either an oncology provider, a nurse, a social worker, or a physician, who determines a patient’s eligibility for financial assistance. Non-clinical expenses, said Nipp, include travel costs and parking. He then showed a table of demographic characteristics of trial participants; noticeably, the year 2014 had a higher proportion of patients with commercial insurance than 2012 and 2013 combined, likely the result of Medicaid expansion in the state of Massachusetts.

The results showed that trial enrollment in 2014 was significantly greater than in the previous 2 years—17% more than in 2012 and 40% greater than in 2013. Researchers noted that a greater number of minority patients enrolled in trials in 2014, and enrollment of low income patients as well as those who had to travel more than 50 miles from MGH increased in 2014. Additionally, CCEP patients were primarily female, more than 65 years of age, had metastatic disease, and had enrolled in phase 1 CTs.

The results of this study were published in The Oncologist just prior to ASCO.1

Compared with non-CCEP patients, a higher number of CCEP patients were concerned with medical costs, travel, lodging, and insurance coverage, all associated with CT participation.

Commenting on the study, Ann H. Partridge, MD, MPH, a medical oncologist at Dana-Farber Cancer Institute, and co-moderator of the session, said that although demographics did not vary much across the years being compared, the researchers had managed to hit the target. “We need to understand, though, how much the reimbursement helped patients decide on trial participation. What’s the denominator—how many patients qualified for the trial, but did not participate for financial reasons and were missed?” It’s essential, she pointed out, for all stakeholders who provide cancer care to rally together. “As we try to improve cancer care and reduce disparities, a robust evaluation of our efforts is necessary,” Partridge concluded.

Another of the session’s presentations, “How Should We Estimate Costs of Care Attributable to Cancer?”, was by Aileen B. Chen, MD, assistant professor of radiation oncology at the Dana-Farber Cancer Institute.

Chen indicated that the cost of cancer care reached $100 billion worldwide in 2010-2011 and accounted for >5% of healthcare spending.

“However, the question is, ‘How do you accurately estimate these costs?’” she asked. Not all of this spending is directly associated with cancer, and there are no standardized methods to estimate that. She introduced several approaches that were used in their analysis:

The study, Chen said, used SEER-Medicare data, and they calculated mean Medicare spending from 1 month prior until 11 months following diagnosis among patients older than 66 years diagnosed with lung, breast, prostate, or colorectal cancer between 2007 and 2009.

She pointed to a few study limitations, including the fact that their data were limited to Medicare patients with the 4 most common cancers. Additionally, she pointed to the need for using more sophisticated modeling techniques.

Chen concluded that calculating cancer-attributable costs is important in order to understand what we are spending on cancer. She acknowledged that the choice of comparison groups substantially influences the proportion of total medical costs attributed to cancer, indicating that the study observed the highest variation for prostate cancer. “Choice of reference group should be clearly delineated in the analyses of cost and value,” she concluded. 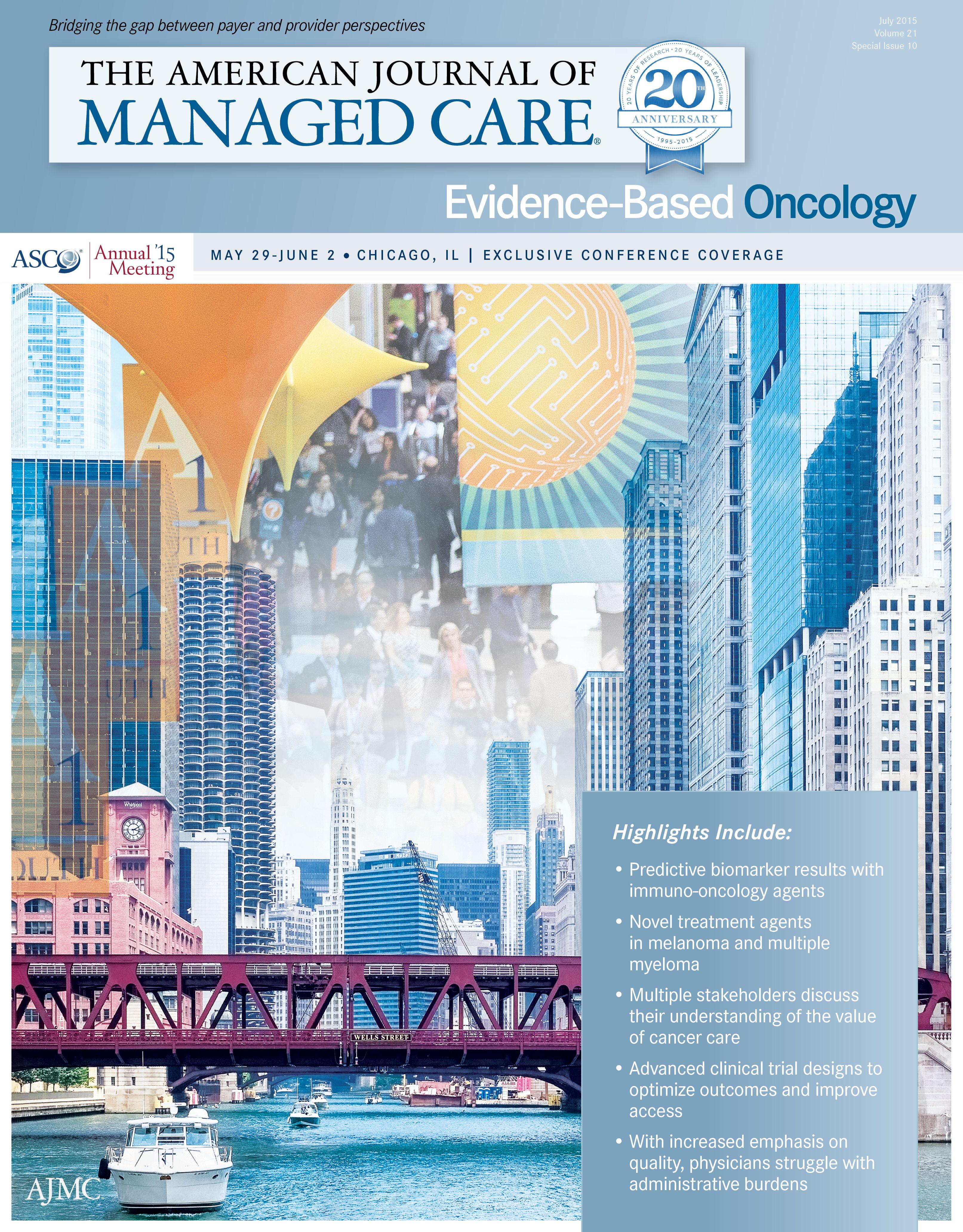