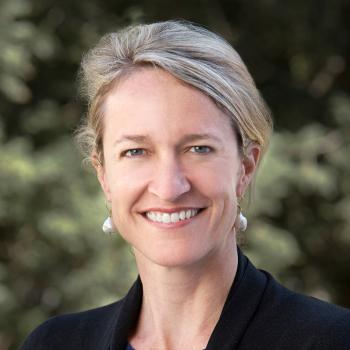 At this point, NCCN guidelines call for comprehensive germline and somatic profiling, and in the event that the combined positive score (CPS) for PD-L1 expression is ≥ 10, the NCCN recommendation is pembrolizumab and chemotherapy as first-line therapy.

Telli explained that this course of action is supported by findings from the KEYNOTE-355 study, which led to accelerated FDA approval in 2020 for pembrolizumab and chemotherapy for PD-L1 positive metastatic TNBC (CPS ≥ 10). 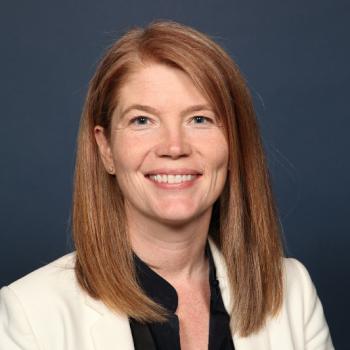 For patients randomized to the investigative arm vs placebo, progression-free survival (PFS) was significantly improved at 6 months (65.0% vs 46.9%, respectively), and median PSF was 9.7 months vs 5.6 months, yielding an advantage of 4 months for the PD-L1 CPS ≥ 10 cohort.

Overall survival (OS) for the PD-L1 positive group was a median of 23.0 months vs 16.1 months, and these data led to the FDA granting full approval in July 2021 for pembrolizumab plus chemotherapy in this setting.

Accelerated FDA approval was granted in March 2019 based on median PFS in the PD-L1 positive population of 7.5 months vs 5 months. However, the survival advantage was doubtful in the primary analysis and the drug sponsor voluntarily relinquished the approval.

“What we saw in this study, surprisingly, was really no significant benefit in either PFS or overall survival…and so atezolizumab with nab-paclitaxel is no longer indicated for the treatment of metastatic TNBC,” Telli said.

As a result of this, the Ventana PD-L1 (SP142) assay, which was intended as the companion diagnostic test for atezolizumab and PD-L1 assessment in tumor cells, “has really fallen down in terms of priority, and the 22C3 assay is really the preferred option for pembrolizumab,” she said.

The 22C3 immunohistochemistry (IHC) tissue staining test is most appropriate for PD-L1 testing, although it’s important to use an accredited pathology lab with a clinically validated testing procedure, Allison and Telli said. For TNBC testing, at least 100 viable tumor cells are required, and for this a tissue block (unstained sample) from a primary, metastatic, or lymph node TNBC sample is advised.

To provide an understanding of how prevalent PD-L1 positive cancers are in patients, Allison and Telli cited additional data from KEYNOTE-355 indicating roughly 35% to 40% of enrolled patients were PD-L1 positive (CPS ≥ 10).

The patient underwent mastectomy plus adjuvant chemotherapy, radiotherapy, and endocrine therapy and later developed recurrent disease at 22 months with nodal spread. She received treatment with letrozole and palbociclib.

Initial tumor comprehensive genomic profiling (CGP) failed because of inadequate sampling. In this case, Allison and Telli said, the most logical next move for the patient's treating oncologist was a circulating tumor DNA assay for identification of a possible PIK3CA mutation. PIK3CA mutations cause uncontrollable cell growth, leading to cancer.

In the event of a positive finding, the PIK3CA-mutated cancer could be addressed with alpelisib (Piqray), as demonstrated in SOLAR-1, the panelists said. In this placebo-controlled study, patients with HR-positive/HER2-negative advanced breast cancer and PIK3CA mutations were randomized to alpelisib plus fulvestrant (FULV) vs placebo plus FULV.

The median PSF in the PIK3CA-mutated cohort at the 22-month cutoff was 11.0% vs 5.7% for the active vs placebo arms. Median overall survival was prolonged by 7.9 months for biomarker-positive patients in the active-treatment arm.

NCCN guidelines do support the choice of alpelisib plus FULV in this setting with a PIK3CA-activating mutation. Pathological complete response testing may be done using blood or a tissue block.

In the case of this patient, the oncologist did go forward with a circulating DNA test, but no PIK3CA mutation was identified. After 10 months and development of progressive disease, a new biopsy was sent for CGP “and lo and behold it did reveal a PIK3CA mutation, and we were able to start this patient on alpelisib and we restarted fulvestrant,” Telli said.

“She had been on it before, but this was really because of her absolute intolerance of aromatase inhibitors, and she did experience clinical response with this combination,” Telli said.

With greater attention being paid to the heterogenous patient population, researchers questioned whether this has resulted in a more diverse group of patients included in Parkinson disease (PD) studies in the Netherlands.