For patients with diffuse large B-cell lymphoma (DLBCL), PET/CT scans conducted in the first cycle of salvage therapy can predict for response, according to a study.

Results of a prospective study of evaluable patients (n = 25) with diffuse large B-cell lymphoma (DLBCL) suggest that PET/CT scans conducted in the first cycle of salvage therapy can predict for response.

Investigators said participating physicians were not blinded to the PET/CT results, and these data led to unplanned treatment changes in 40% (n = 10) of patients following the first cycle and prior to end of treatment (EOT) evaluation. 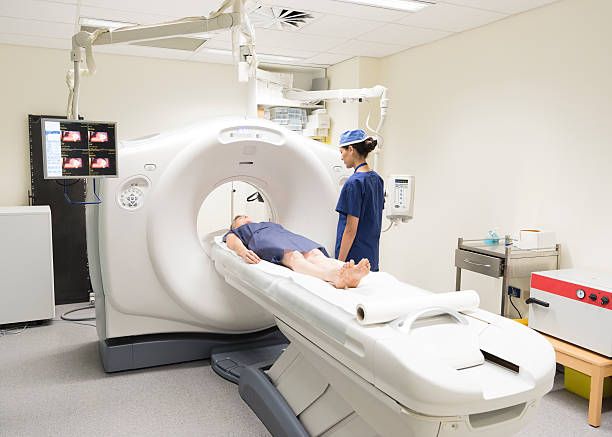 Investigators conducted PET/CT scans on days 4 (D4) and 21 (D21) of cycle 1 of salvage therapy. They wanted to test the value of early prognostic evaluation in the relapsed/refractory (R/R) setting. “We hypothesized that early PET/CT scans could identify refractoriness to salvage chemotherapy,” they wrote.

Patients with R/R DLBCL following frontline therapy have a poor prognosis of median overall survival of less than 1 year. The standard salvage treatment is platinum-based chemotherapy, after which patients are selected for high-dose chemotherapy and autologous stem cell transplant (ASCT).

The platinum-based therapies most commonly used are rituximab, ifosfamide, carboplatin, and etoposide (R-ICE) and rituximab, dexamethasone, cytarabine, and cisplatin (R-DHAP).

The outcomes for patients on these therapies were similar in the CORAL randomized study, with a 63% response rate, 50% ASCT rate, and 53% 3-year progression-free survival rate in patients who continued to transplantation.

Based on those numbers, just half of patients who receive R-ICE or R-DHAP will be eligible for ASCT, and half of those will experience relapse following ASCT and chemotherapy.

An option for patient refractoriness to salvage platinum chemotherapy and lack of suitability for ASCT is anti-CD19 chimeric antigen receptor T-cell therapy, which is associated with long-term remissions in up to half of patients.

Investigators said theirs was the first study to utilize PET/CT scans for early prognostic evaluation in the R/R setting.

They defined a response to salvage treatment as a delta SUVmax cutoff of > 50%, which is lower than the standard 66% cutoff for evaluation after 2 cycles of frontline therapy. In this study, investigators used the more conservative threshold because PET/CT scans were conducted after just 1 cycle of salvage therapy.

Early treatment failure and progression were the reasons for therapy changes for the 10 patients who underwent PET/CT scans following cycle 1 of salvage therapy. Twelve (48%) patients received a second cycle of the same therapy, and 3 (8%) were switched to supportive care.

“We identified that early PET/CTs on D4 and D21 can reveal early disease progression and/or treatment failure during the first cycle, prompting unplanned change of therapy…and discontinuation of therapy,” investigators concluded.

Early PET/CT response “was not associated with EOT response,” but “a persistent response on D4 and D21 was predictive of excellent long-term disease specific survival,” they said. “This suggests that overall chemosensitivity can be determined during cycle 1 of platinum containing chemotherapy.”

Conversely, patients who did not achieve a response by D4 or D21 “had significantly worse survival outcomes,” authors wrote.