The Future of Medicare and Being Part of the Solution 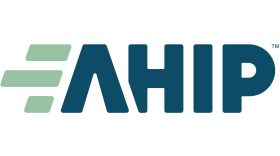 While there are reports of high patient satisfaction and well-managed costs in the Medicare program, the next 50 years will be full of new challenges, said Andrew Slavitt, acting CMS administrator, during the opening session at America's Health Insurance Plans' National Conference on Medicare.

Healthcare in the US has only scratched the surface of cost and quality improvement, and while there are reports of high patient satisfaction and well-managed costs in the Medicare program, the next 50 years will be full of new challenges, said Andrew Slavitt, acting CMS administrator, during the opening session at the America’s Health Insurance Plans’ National Conference on Medicare.

Slavitt kicked off the conference on October 19 in Washington, DC, by providing CMS’ view of Medicare moving into the future. He explained that between the ages of 70 years and 96 years, Medicare beneficiaries’ spending doubles, and the success of the Medicare program depends greatly on taking care of the aging population well.

The priority of the program is simple: a healthcare system that drives better care and smarter spending. And the timeline set by CMS to move to value-based payments pushes that agenda with more than half of payments providers receive for Medicare fee-for-service slated to be linked to quality in 2018.

“Everyone in healthcare needs to build a value-based business model,” Slavitt said.

However, he acknowledged that one of the most common questions he is asked is “will this commitment to delivery system reform outlast this administration?” He believes so and used the example of the Medicare Access and CHIP Reauthorization Act that replaced the sustainable growth rate formula and was passed with overwhelming bipartisan support.

That legislation has sowed the seeds of change and there is much interest in how the country can move faster and get commercial payers and Medicare aligned.

Slavitt pointed to accountable care organizations (ACOs) and bundled payment models as a way to move the industry to value, but only if they are applied properly to the practice. He has heard from providers who say they receive data from payers on parts of the practice, but not all of it and those models will only be successful if that practice is eradicated.

“As payers we need to support providers in the entirety of their practice or we can’t expect success,” he said.

When practices are receiving data on the whole practice through one portal, which makes it easy to see and use for providers, the health plan becomes a partner, and real change can take place.

“A tipping point in paying for value can’t be reached if providers can’t provide quality care for all their patients,” Slavitt said. “We can’t miss this unique opportunity to be part of the solution.”