The Urgent Need to Improve Value in US Maternity Care 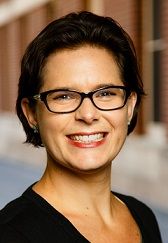 How can the US increase value for the money we spend in maternity care? This is an important question that must be considered more broadly than individual patient choices or clinician decisions.

Recent national attention on the American maternity care system is warranted. Childbirth is the most common and among the most costly reasons for hospitalization in the US. Even though both private insurers and Medicaid programs pay more to hospitals for maternity and newborn care than for any other service line, the quality of maternity care is highly variable (eg, cesarean rates vary 10-fold across hospitals), and our outcomes in the US are frankly abhorrent. Between 2009 and 2013, maternal mortality doubled in the US. We are the only developed country in the world with rising rates of maternal mortality, and yet we spend billions annually on maternal and newborn care.

How can the US increase value for the money we spend in maternity care? This is an urgent and important question that must be considered more broadly than individual patient choices or clinician decisions. It should be expanded to include the healthcare financing and delivery systems that shape the options available to clinicians and to women during pregnancy and childbirth.

Approximately 4 million women give birth each year in the US. When asked about the most important factor in their choice of a maternity care clinician, 96% of women said it was whether their insurance plan covered services from that clinician. Nearly the same percentage of women cited insurance coverage as the most important factor in their choice of where to give birth. There’s no doubt that the role of health insurance coverage and benefits design in shaping the choices pregnant women make about their care is extraordinarily strong. This puts health plans in a uniquely powerful position in determining the path ahead for US maternity care.

In recent weeks, there’s been an active and important public debate about access to a full range of appropriate options for clinical care during pregnancy and birth. Obstetrician Neel Shah, writing in the New England Journal of Medicine, compared the US maternity care system to recent recommendations from the United Kingdom, where greater access to midwifery care and out-of-hospital birth is being encouraged for low-risk women. Importantly, Shah notes that the UK “does not dictate a clinician type or birth setting and makes it clear that women should have freedom to make choices consistent with their needs and preferences.” However, he argues that opening the door to a broader choice set has the potential to improve the safety and quality of maternity care. In a recent narrative essay in Health Affairs, Family physician Jessica Taylor-Goldstein wrote about her own choice to give birth at home. In addition to discussing her personal process of weighing risks and benefits of different delivery settings, Taylor-Goldstein noted that she paid the entire cost of her home birth out of pocket, because it was not covered by health insurance.

The American College of Nurse Midwives (ACNM) recently conducted a survey of insurers participating in federal and state-based health insurance exchanges, to ascertain the status of coverage for midwifery care and out-of-hospital births. They found that 20% percent of plans do not include any midwives in their provider networks. Also, 10% of the plans that do contract with midwives do not list them in their provider directories, making it difficult or impossible for beneficiaries to become aware of these services. Almost half of plans that do include midwives in their provider directories list them under the obstetrician-gynecologist category, which may make it difficult for women searching for “midwives” to find these listings. In addition, the ACNM survey found that 47% of plans do not contract with licensed birth centers to cover facility costs associated with births in that setting.

Clearly, women’s choices are defined, in large part, by health insurance benefits design and coverage. The role of a payer in shaping the decision-making framework around care during pregnancy and birth has tremendous potential to improve upon the current situation of growth in healthcare costs and rising rates of maternal morbidity and mortality. Much policy discussion has rightly focused on state Medicaid programs, which finance half of all US births, but private payers also have an important role to play, as do other individuals, groups, and organizations that influence the myriad aspects of health and well-being during pregnancy and childbirth.

In a series of forthcoming blog posts, I will explore systems-level innovations with potential to improve value in US maternity care. These will also include stories and perspectives of patients, providers, and others who shape the environment in which patients and providers interactthe hospital administrators, payers, employers, and policy makers whose decisions affect the choices and constraints of maternity care decisions. All have a role to playand a vested interestin improving maternity care. After all, birth is a universal life experience with deep meaning beyond the dollars connected to it. Because it matters so much, there is an imperative to ensure that every penny spent on birth is spent wisely and well.