The “value” of value frameworks is in the perception of the stakeholder…that’s the truth. Each framework has unique features that cater to a specific stakeholder, but would ultimately have an impact on the healthcare system. One such value framework was proposed by the National Comprehensive Cancer Network (NCCN) last year. While the Evidence Blocks were initially developed for 2 cancer types (multiple myeloma and chronic myelogenous leukemia), the framework has rapidly expanded to include 8 more (breast cancer, colon cancer, kidney cancer, melanoma, non-Hodgkin’s lymphoma, non-small cell lung cancer, prostate cancer, and rectal cancer). At NCCN’s 21st Annual Conference, Robert Carlson, MD, chief executive officer, NCCN, provided a flavor for Evidence Blocks. 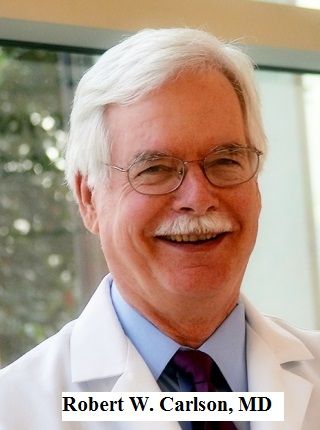 Carlson emphasized the fact that there is no “one size fits all” approach to cancer care: while a younger patient might want the most effective treatment despite the side effects, an older patient might be more concerned with the impact of treatment on quality of life. Some patients might be more concerned with affordability. NCCN’s Evidence Blocks have been devised to ease these discussions between physicians and patients, Carslon said. These are a graphic representation of 5 value measures, including efficacy, safety, quality and quantity of evidence, consistency of evidence, and affordability.

“NCCN members have some operational assumptions. Panelists are specifically told not to consider cost when generating guidelines,” said Carlson. “Cost is not considered when an agent or a regimen is chosen based on a Guideline, but cost information should be available in decision making.”

To generate Evidence Blocks, the NCCN staff identify systemic therapy recommendation on the Guideline. They then develop a survey instrument, including the 5 measures for each systemic recommendation. Each panelist then completes the survey across all 5 measures, responses are collated and an average score for each measure and each regimen is generated, and then a graph is plotted.

Carlson then compared some of the other value frameworks that are available with Evidence Blocks. The one developed by the American Society of Clinical Oncology (ASCO) generates a single score for each regimen, he said, irrespective of the patient’s value requirement. “ASCO’s framework does not consider some of the unique characteristics of the patient, such as their age, comorbidities, etc. Also, it favors overall survival benefit over other outcomes.” Carlson feels that the ASCO framework creates a significant bias against provider use of new and innovative agents.

The DrugAbacus, developed by the Center for Health Policy and Outcomes, Memorial Sloan Kettering Cancer Center, considers efficacy, safety or toxicity, extent of innovation, R&D costs, rarity of disease, and health burden in the population, and its existing cost. All these factors are used to deduce the right price for an existing drug. “This may be of value to payers, and maybe to the drug industry,” said Carlson. He was unsure of the value of DrugAbacus to the patient.

The last framework he spoke about is the one developed by the Institute of Comparative Effectiveness Research or ICER, which Carlson said is similar to the NICE system in England. “ICER’s framework was developed by payers and the pharmaceutical industry in tandem. Additionally, ASCO and patient advocates were also a part of the development process,” he said. While ICER’s framework came up with a value-based price benchmark, which can be useful for payers, Carlson thinks that the more common diseases stand a low probability of being supported by ICER.

He ended with “NCCN’s Evidence Blocks provide information that can help patients and providers make their value decision together.”