The Current Evidence for Bundled Payments

Suzanne Delbanco, PhD, MPH
Suzanne F. Delbanco is the executive director of Catalyst for Payment Reform (CPR), an independent, non-profit corporation working to catalyze employers, public purchasers, and others to implement strategies that produce higher-value healthcare and improve the functioning of the healthcare marketplace. In addition to her duties at CPR, Suzanne serves on the advisory board of the Blue Cross Blue Shield Institute. Previously, Suzanne was the founding CEO of The Leapfrog Group. She holds a PhD in Public Policy from the Goldman School of Public Policy and a MPH from the School of Public Health at the University of California, Berkeley.
This article has been co-authored by Roslyn Murray, senior project and research manager at Catalyst for Payment Reform (headshot). 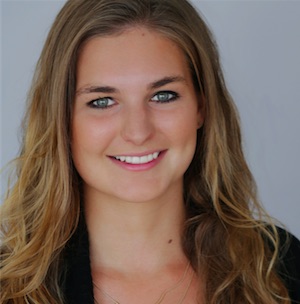 In 2013, when Catalyst for Payment Reform studied the prevalence of various value-oriented payments, we found that 1.6% of commercial sector payments made to healthcare providers were through bundled payments. Today, this low percentage persists—we estimate that still less than 2% of payments flow through a bundled approach.

As we have said many times, there are more conferences about bundled payment than there are bundled payments. Even though stakeholders continue to be enchanted by the model, many payers process bundled payment programs manually, which may contribute to its slow pick-up and make it difficult to spread and scale.

There are a number of bundled payment programs in practice. Some of the most well-known are Medicare’s Bundled Payments for Care Improvement (BPCI) initiative, Arkansas Medicaid’s Episode-based Care Delivery, and Tennessee Medicaid’s Episodes of Care Initiative.

Do bundled payments improve the quality and affordability of care?

Results on bundled payment models are mostly promising, but not consistent. For example, the Center for Medicare and Medicaid Innovation’s (CMMI) BPCI initiatives have produced variable outcomes. Average Medicare episode expenditures for joint replacements declined by 20.8%, with about 51% of hospital savings coming from internal cost reductions and about 49% from reductions in potentially avoidable complications. However, Medicare experienced losses in bundles for stroke, percutaneous coronary intervention, and spine surgery.

Other initiatives, such as the episode-based payment programs implemented by the Medicaid Agencies in Arkansas and Tennessee, have had success in reducing unnecessary utilization and episode costs, as well as improving the quality of care for certain conditions.

For example, in Arkansas, the Medicaid cesarean delivery rate dropped from 38.6% in 2012, the year the episode-based payments began, to 33.5% in 2014. Furthermore, the perinatal episode cost for Arkansas Blue Cross Blue Shield (BCBS), a commercial payer that also participates in the program, decreased 1.6 percentage points from 2013 to 2014. Perhaps more profound was Arkansas BCBS’ reduced episode costs for congestive heart failure—a drop of 10.3 percent in one year.

In the private sector, programs such as UnitedHealthcare’s oncology model and the Pennsylvania Employees Benefit Trust Fund (PEBTF) pilot program for total hip and knee replacements, have produced savings, as well. UnitedHealthcare’s model for cancer care led to a reduction in the episode costs of 810 patients by about $33 million. PEBTF’s bundled payment program for total hip and knee replacements, resulted in decreases in outpatient costs by, on average, $3524. However, inpatient costs remained about the same.

While most program results trend in the positive direction, many of these studies may not capture the full picture. Bundled payment programs can have unintended consequences that these studies do not examine.

In addition, by packaging the price of several services into one, providers face incentives to skimp on patient care. These studies focus more on reduction in episode costs and utilization rather than quality improvement—another important element some of these studies did not assess.

Lastly, bundled payments may lead to an increase in the volume and/or price of services that are not related to the bundle to make up for lost revenues.

While the evidence looks quite promising, we still have much to learn about the design elements that make a bundled payment program successful. Bundled payment models vary greatly and the details matter, as does the context in which the bundled payment is implemented. Some of the design elements that differ from program to program include the scope of the episode of care, the level of risk assumed by providers, how much clinical transformation is required, as well as patients’ benefits designs.

Nevertheless, CMMI has identified its bundled payment programs as Advanced Alternative Payment Models (APMs) under the Medicare Access and CHIP Reauthorization Act—which are considered “superior” because they engage providers more deeply in value-oriented care due to financial risk. Providers that participate in an Advanced APM are eligible to receive a 5% incentive payment, thus, encouraging them to participate in programs designated as “Advanced.” This designation is arguably premature because, although bundled payments have the potential to be one of the most effective alternatives to traditional payment, there are significant risks and administrative costs that implementers may face without a definitive recipe for how bundled payment creates better, more affordable care. Bundled payment is not alone—this is true for virtually every alternative payment model being implemented today. Further evaluation is imperative.