Travis Broome is vice president of policy at Aledade, a new company helping doctors stay independent and thrive in the transition to value-based care. Joining Aledade early on, Travis helped Aledade grow from 2 accountable care organizations (ACOs) to 20 ACOs. From business development with both practices and payers, to early population health analytics, to serving as executive director for the Aledade Louisiana ACO, he has touched every part of Aledade as it has grown. Today, he is a thought leader on accountable care and is responsible for strategy development, policy analysis and economic modeling. Prior to Aledade, Travis was a regional director at CMS. He earned his MPH and MBA from the University of Alabama at Birmingham.
This post was co-written by Farzad Mostashari, MD, founder of Aledade (headshot) 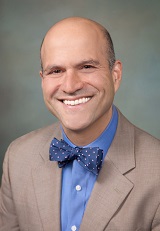 Accountable care organizations (ACOs) are the cornerstone of policy makers’ pledge to convert more than half of all healthcare dollars to alternative payment models by 2018. CMS has led the way by creating new models like the Medicare Shared Savings Program (MSSP), which rewards doctors for delivering better care and lowering the total cost of care (Disclosure: Aledade partners with primary care practices to create and operate ACOs). Under the MSSP, providers share in savings realized over a projected benchmark if they meet quality targets.

A study by Leavitt Partners shows the number of Americans in ACOs—currently at around 23 million—will soar to more than 100 million by 2020. But is “accountable care” merely a transitional pathway from totally unmanaged “fee for service” toward capitated payments and health maintenance organization-style managed care? Or will accountable care prove to be a third durable payment and delivery destination offering more choice than managed care and better value than fee for service, with softer incentives for both providers and patients?

I don’t believe that we know the answer to that question yet, and, perhaps wisely, policy makers have been somewhat cagey about committing to one strategy or another. The Next Generation ACO program ingeniously created a pathway toward capitation, or all-inclusive population-based payments as CMS refers to them, by allowing ACOs—with full immunity from what would normally be considered violations of anti-kickback regulations—to negotiate capitated Medicare payments to “affiliates” in essence using CMS as their claims administrator.

Meanwhile, the MSSP also continues to evolve toward sustainability with continual improvements—none more significant than the recent proposed rule issued by CMS around how the “benchmark to beat” is to be calculated in the future. The comment period on this rule closes on March 28, and I assure you that this is no boring technical detail; it is, in fact, a fascinating example of the delicate balancing act of good policy making that merits our attention and input.

The goal of good policy in a market economy is to align individual incentives with societal good. Successful policy creates an environment where public welfare is furthered not only by direct government action and grants, but also by private organizations acting in their own interests. In healthcare, the “volume to value” movement seeks to align the interests of healthcare providers with the societal triple aim of better care, better health, and lower costs. But how should that “value” be measured and rewarded? How to establish the counterfactual “expected costs” as the benchmark for ACO doctors to beat?

The policy goal is to reward both improvement and attainment, without creating perverse incentives. If the ACOs started with a regional benchmark (“attainment”) then providers with higher than average benchmark have no incentive to participate, taking away the biggest societal gain, while providers who are already lower cost are paid more automatically without anything changing. So the program began by setting the first 3-year contract’s benchmark by projecting forward from recent historical costs (“improvement”). Perhaps wisely, policy makers punted on the inherent and obvious flaw in this approach. The most common question asked by sophisticated investors and policy neophytes alike has been unanswered until now: “if the organization has to keep reducing costs below historical benchmark, won’t the returns dwindle to nothing? What happens in the long run?”

Continually resetting a purely historical benchmark gets harder and harder over time, and will lead the most successful ACOs to drop out of the program. Last year’s rules provided a temporizing stop-gap, replacing a “full ratchet” with a “partial ratchet” whereby the pace of adjustment was slowed but leaving the fundamental inexorable unsustainability unaddressed.