In March, Azar had announced 4 initiatives that were key departmental priorities: combatting the opioid crisis, bringing down the cost of prescription drugs, addressing the cost and availability of health insurance, and value-based transformation of the healthcare system.

“Adam is the kind of results-oriented, transformational leader we need to deliver on what President Trump has promised the American people: better healthcare at a lower cost,” Azar said in a statement. “At CMMI, he has already demonstrated an ambition for bold change, and will now be able to bring his deep experience with private sector innovation to help HHS execute on the long-talked-about goal of transforming our healthcare system into one that pays for value.”

Boehler will continue to lead CMMI, which pilots, tests, and evaluates alternative payment models. He was previously the CEO and founder of Landmark Health, which was created to transform healthcare by improving quality of life in communities.

On Twitter, Boehler wrote that he was excited to expand HHS’ “efforts to move healthcare from volume to value for the benefit of the American patient.”

Charles “Chip” Kahn III, president and CEO of the Federation of American Hospitals, wrote in a blog post that Boehler has been an actual innovator and brings a fresh take on healthcare.

“I believe he is well suited for his new role as Senior Advisor for Value-Based Transformation and Innovation,” Kahn wrote.

America’s Physician Groups, which represents accountable physician groups that aim to drive the transformation of healthcare delivery, applauded the appointment.

As the transition to value is a top priority for Secretary Azar and an integral component in bending the healthcare cost curve, it is critical that HHS has an experienced and forward-leaning individual leading this effort,” Donald H. Crane, president and CEO of America’s Physician Groups, said in a statement. “Mr. Boehler is such an individual.” 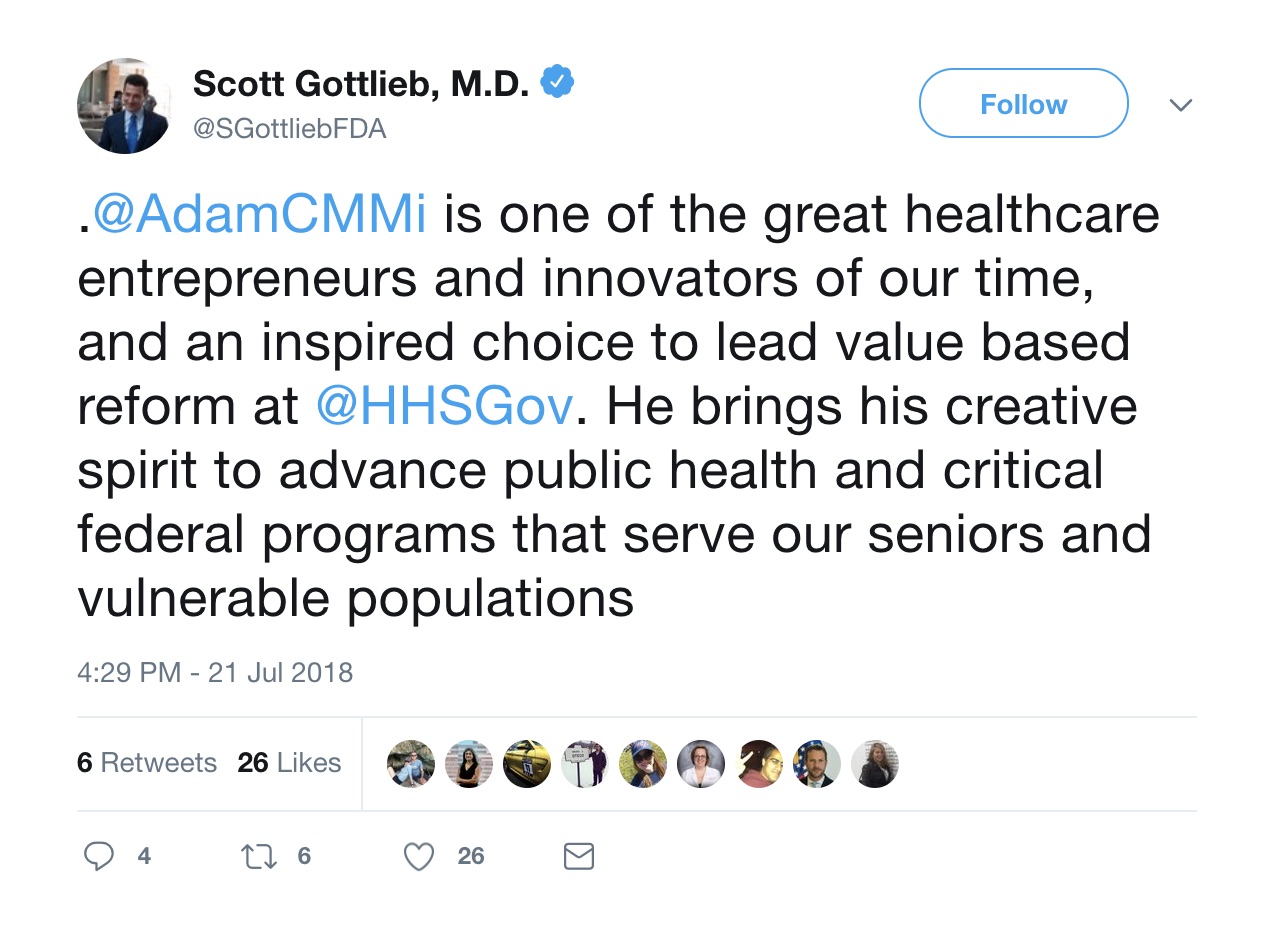