Arguments Taking Shape For and Against FDA Regulation of Diagnostic Tests

To supporters, the FDA’s move to regulate thousands of laboratory-developed tests (LDTs) is a logical and necessary step to ensure patient safety. To detractors, it’s an unnecessary overreach that will drive smaller testing labs out of business, causing industry consolidation at the expense of innovation and consumers.

Medical establishment titans stand on opposite sides in this battle, which promises to persist throughout 2015. The next phase will begin after February 2, 2015, as Evidence-Based Oncology went to press, when the FDA closes the comment period on its September 30, 2014, draft guidance for regulating LDTs.1 The FDA has committed to issuing final rules this year, although many signs indicate that the process will be slowed down by administrative challenges or even a lawsuit.

The FDA launched the process with its July 31, 2014, announcement that after years on the sidelines, it would exercise regulatory authority over diagnostic tests, the importance of which exploded with the rise of personalized medicine. This is especially true in cancer care, as the rise of genomic medicine has allowed clinicians to tailor cutting-edge (and very expensive) treatments to patients based on their genetic characteristics.2 Both the American Society of Clinical Oncology (ASCO) and the American Cancer Society Cancer Action Network support the FDA’s action, citing a need for a stronger evidence base in diagnostics.1

Opposing the FDA’s move are the American Medical Association (AMA) and the Association for Molecular Pathology (AMP), along with the testing industry’s trade group, the American Clinical Laboratory Association (ACLA).3-5 In a statement accompanying its white paper, the AMP pointed at the twin forces that threaten to shake out the testing industry: the prospect of increased regulation and the ongoing challenge of winning reimbursement from Medicare.4

“The FDA’s new policies will effectively reformulate existing medical device regulations and consider medical professionals as manufacturers which will impose substantially new and duplicative requirements on clinical laboratories and hospitals,” the AMP statement said. Meanwhile, CMS, who runs Medicare, the nation’s largest insurer and whose actions are frequently mimicked in the private sector, has taken a heavy handed approach in denying coverage or reducing payment for several medically necessary molecular pathology tests.

“Unfortunately, health care providers— those developing and delivering innovative diagnostic tests&mdash;along with patients, who are the ultimate intended beneficiaries, are caught in the middle,” the AMP statement said.4

Arguments supporting and opposing FDA oversight were best outlined in a pair of commentaries published January 5, 2015, by JAMA Oncology.1,3 The dueling viewpoints appeared days before an FDA-sponsored workshop, held January 8 and 9, on how the regulatory process will unfold.6

As discussed by Joshua Sharfstein, MD, the FDA’s decision is justified for several reasons:

• There have been some high-profile examples of faulty tests, including an April 2014 failure that required a warning in CDC’s Mortality and Morbidity Weekly Report. The lack of FDA oversight raises the specter of cancer patients receiving the wrong to unnecessary treatment.

• The FDA has no authority to require reporting of adverse events; thus, thousands of patients may be affected or harmed before a problem comes to light. Sharfstein cited a case involving a suspect test for directing statin therapy that was given to 150,000 patients before flaws were uncovered.1

• Lack of regulation results in a lack of evidence to guide clinicians.1 Disagreements over standards of evidence have also created unpredictability and unevenness of reimbursement criteria among insurers, who must decide whether to pay for the tests. Since 2011, the emerging bar of “clinical utility” has frustrated many manufacturers; some argue that CMS’ chief Medicare contractor in this realm, Palmetto GBA, makes impractical demands regarding evidence for reimbursement.7

• Sharfstein asserts that proposed carveouts for tests for rare diseases, for which no other LDT is available, and plans to phase in regulations will address worries about patient access to tests in the short term.1

ASCO provided high-profile support for the FDA’s effort with comments submitted to the House Committee on Energy and Commerce, Health Subcommittee, which had released a white paper on creating a new regulatory framework for the tests December 9, 2014.8

“In contemporary oncology practice, a patient’s treatment options are increasingly driven by detection of molecular abnormalities in the tumor that drive treatment selection,” ASCO president Peter P. Yu, MD, FASCO, said in a letter to the subcommittee. “ASCO believes that the tests used to detect those abnormalities must be of the highest quality and thoroughly validated before being offered to doctors and patients. Our patients depend on high quality tests as much as they depend on carefully studied, safe and effective drugs to achieve the best possible outcomes.” Also, ASCO sent Cancer Research Committee Chair Edward Kim, MD, to participate in the FDA workshop.8

The case against regulation, made in JAMA Oncology by James P. Evans, MD, PhD, and Michael S. Watson, PhD, is summed up this way: the testing industry includes many small hospital and academic research labs, which are responsible for much of the innovation of recent years but would lack the financial resources to meet the bar of FDA regulation. Forcing these groups to do so would stifle progress in genomic medicine, which would harm the very consumers that regulators say they want to help.3

The AMA’s early statement on FDA oversight, which came the day after the July 31, 2014, announcement, echoed this concern. The AMA “believes that laboratory developed testing (LDT) services offer patients access to safe and high quality diagnostic services that are essential to patient care,” said Barbara L. McAneny, MD, chair of the AMA board. “This proposal adds an additional layer of regulatory requirements which may result in patients losing access to timely life-saving diagnostic services and hinder advancements in the practice of medicine.”9

Evans and Watson point to the example of tests for BRCA1 and BRCA2, which were only available through Myriad Genetics until the US Supreme Court largely unraveled the company’s monopoly in 2013. Labs rushed into the market, and the results have given patients choices and forced down the price of the tests themselves. Adding FDA approval on top of existing requirements, which are covered in the Clinical Laboratory Improvement Act (CLIA) of 1988, would reconsolidate the industry, Evans and Watson argue.

They acknowledge, however, that the genetic-based tests that direct cancer care are more complex than the vast majority of LDTs that could come under the FDA’s umbrella. Their solution is to update the CLIA with requirements specific to genetic tests, not add a new regulatory layer.3

Finally, Evans and Watson question whether the FDA has the authority to regulate tests as “medical devices.” Rather, they write, tests are “procedures” that depend not only on technology but also on the expertise of the laboratory, and this will be a poor fit for FDA-style rule making. They predict, as others do, that “Given the questionable legitimacy of the FDA’s proposed action, if these changes are implemented, they will most certainly trigger expensive and time-consuming legal challenges.” Such challenges would most likely come from the ACLA, according to press accounts.5

The testing industry appears ready to push back hard against the FDA. The ACLA released its own white paper January 7, 2015, the day before the agency’s workshop, which it described as a “systematic and detailed rejection of the (FDA) proposal.” The document was developed with former solicitor general Paul D. Clement and Harvard constitutional law expert Laurence H. Tribe, and appears to outline arguments that would be used in administrative or legal challenges against the FDA’s attempt to regulate the industry.10

As expected, a chief argument involves the FDA’s classification of tests as “medical devices.” Other arguments raised by the ACLA include:

• FDA regulation of LDT interferes with the practice of medicine.

• The ACLA asserts that the FDA’s use of guidance documents bypasses the Administrative Procedure Act (APA), which outlines the process that agencies must use in crafting regulations.

While this last item might seem like a procedural argument, the ACLA indicates that it is critical: failure to oppose the FDA’s use of the guidance document at this stage would lay the groundwork for regulation of the industry outside APA’s scope going forward. However, there is some irony to the ACLA arguments in the white paper: it cites CMS’ long-standing ability to regulate the market through CLIA, though test makers have spent plenty of time complaining about CMS reimbursement. “In the interest of patients and their continued access to critical laboratory testing services, it is incumbent upon the FDA to reverse course and withdraw its proposed agency overreach,” said Steve Rusckowski, chairman of the ACLA Board of Directors and CEO of Quest Diagnostics.10

Download PDF: Arguments Taking Shape For and Against FDA Regulation of Diagnostic Tests 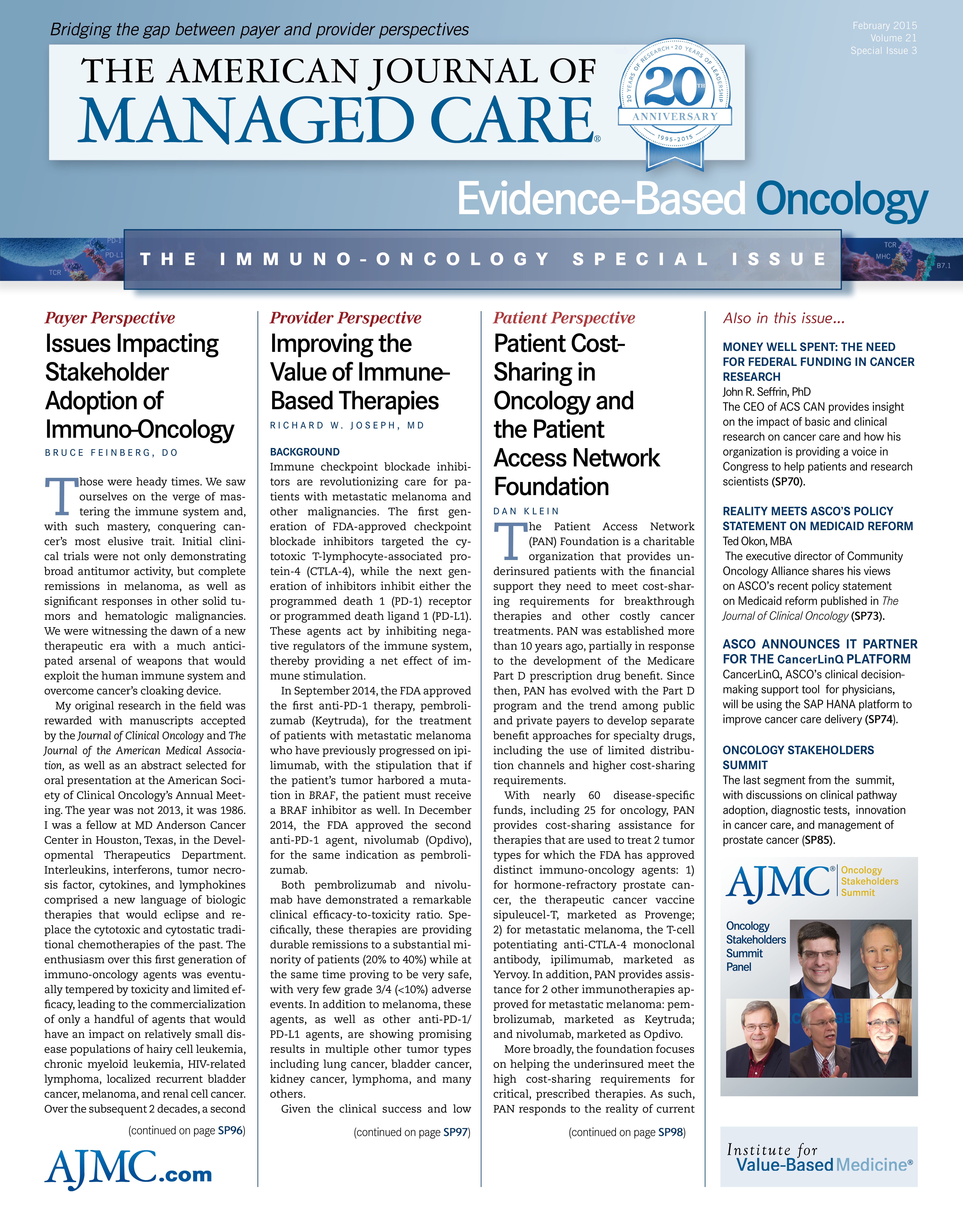