Coverage, equity, and value-based payments are critical areas of focus for the Biden administration’s health care agenda leading up to the midterm elections, according to 3 experts from Avalere.

Coverage, equity, and value-based payments are critical areas of focus for the Biden administration’s health care agenda leading up to the midterm elections, according to 3 experts from Avalere, who gave one of the final presentations at Asembia’s Specialty Pharmacy Summit, held May 2-5 in Las Vegas, Nevada.

During the 2022 State of the Union address, President Biden had laid out his health care agenda and the priorities, explained Ryan Urgo, managing director, Avalere, and those items were:

Another area of focus is passing a so-called “skinny” version of the Build Back Better Act (BBBA), which the Senate failed to pass. “The tortured BBBA conversations are now emerging in a narrower context,” Urgo explained.

Part of the reason for a skinny BBBA is because the administration is feeling pressure to secure a big win in the run up to the midterm election after taking a beating on a number of other issues, including inflation.

ACA premium subsidies are likely to be included in the skinny BBBA. Currently, these enhanced subsidies, which were enacted as part of COVID-19 relief legislation, are set to expire at the end of the year, and premiums will go up. What’s more, the announcements about premium hikes will come out in September or October, right ahead of the midterm elections.

According to Urgo, Democrats want to avoid unwelcome commercials about premium increases ahead of what is already going to be a difficult midterm election. They may enact a temporary or permanent extension.

Climate policy is also likely to be included in the skinny BBBA because there is broad consensus around it. In addition, tax changes that rollback the corporate and individual tax cuts of the Trump administration will probably be part of the bill.

Finally, drug pricing will be another part of the skinny BBBA. “The political popularity of drug pricing can't be understated,” Urgo said. So, that continues to be at the forefront of an emerging deal.”

The drug pricing priorities in a skinny version of the bill are likely to be Medicare negotiation, inflation-based rebates, and a Part D redesign. This deal will need to focus on the hold-out senators, and specifically, Senator Joe Manchin, D-West Virginia, has said he sees a path for a deal, but he wants a focus on inflation with all revenue raised to be dedicated to a deficit reduction.

It's hard to know whether or not this deal can get done, but Urgo and his colleagues think talks have begun in earnest, although they won’t be publicized much. However, there is limited time to get this done. According to Urgo, if nothing happens by Memorial Day, it may be getting too close to the midterms and then things will shut down and it will become a lame duck session.

However, work may begin to heat up through the Center for Medicare and Medicaid Innovation (CMMI), “which has been a bit quiet of late.”

According to Lance Grady, practice director, market access, Avalere, although CMMI has been quiet, there has been indication of the perspectives of where the center wants to focus. He noted that CMMI Director Liz Fowler, PhD, JD, came from the Obama administration, when the ACA and CMMI were created. There is a focus on episodic payment reform and total cost of care.

If no legislation is finalized by Memorial Day and Congress moves into a lame duck session, “we expect CMMI to pick that baton up and start to test value-based coverage and value based assessments in a more holistic way,” Grady said.

One of the most successful models out of CMMI has been the Oncology Care Model (OCM), although it is set to expire without a successor in place. Grady is hoping to see CMMI advance a model that builds on OCM, although how it will address biosimilars, drug pricing, and health equity remains to be seen.

In addition to equity being a big area of focus for CMMI and the Biden administration, insurers have identified promoting equitable outcomes through benefit design as a key priority, said Neil Lund, senior consultant, Avalere.

The challenge is that equity is a new issue to be tackled and “there’s no roadmap,” he said. Without a roadmap to build on, addressing health equity will happen through baby steps and incremental programs.

“There is no road map [for health equity],” he said. “No one really knows what we’re doing.” 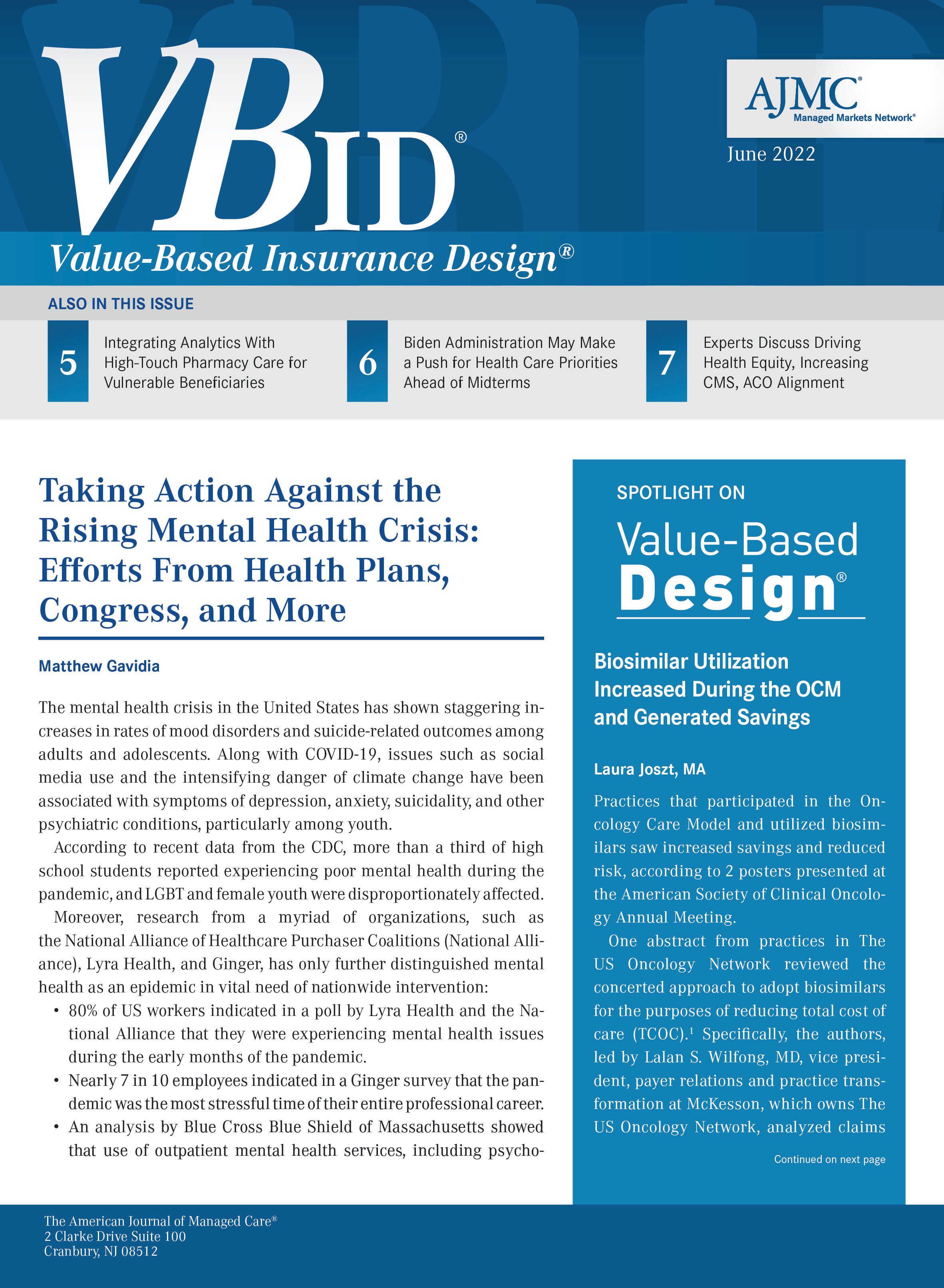 The United States possesses the highest infant and maternal mortality rates compared with any other high-income country, even though it spends the most on health care.