The report, commissioned by the Community Oncology Alliance, finds that Medicare Part B cancer drug spending rose 123% in 340B hospitals from 2010 to 2013, but only 31% in non-340B hospitals; it fell 5% in community practices in the same period.

The discount drug program intended for safety-net hospitals and special AIDS clinics has mushroomed even more than earlier reports have suggested, with oncology drugs fueling much of the growth, according to a new report commissioned by community oncology providers. 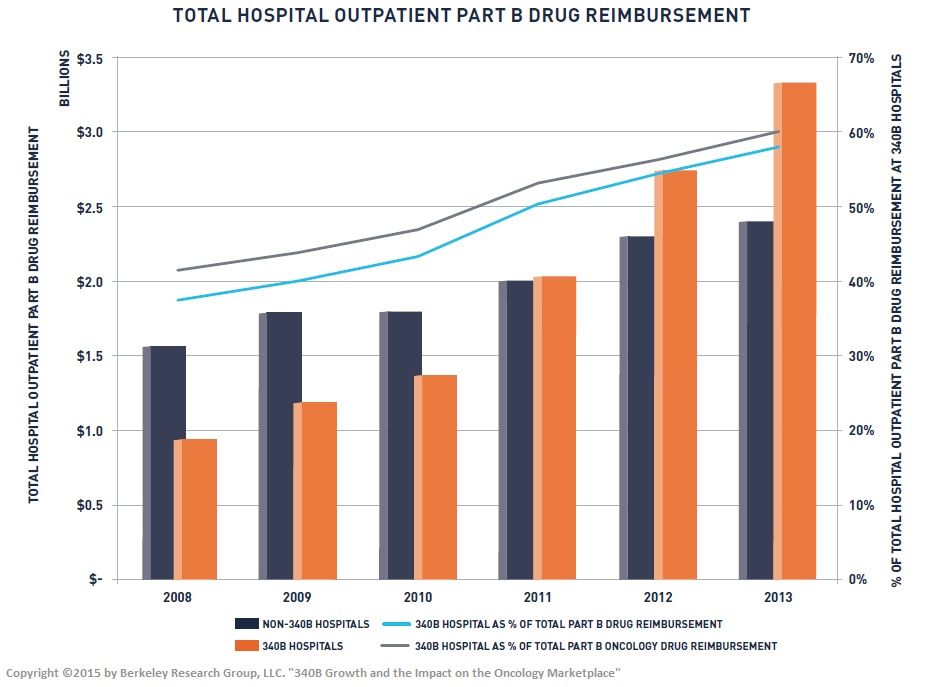 The report stated, “Oncology drug reimbursement has increased by 86% at continuously enrolled 340B hospitals and 58% at non-340B hospitals. Although some of this growth is a function of changing demographics and advancements in chemotherapy (which typically come with an increased cost), the disparity in growth rates between 340B and non-340B hospitals speaks to the disproportionate role that 340B hospitals play in the acquisition of community oncology practices.” 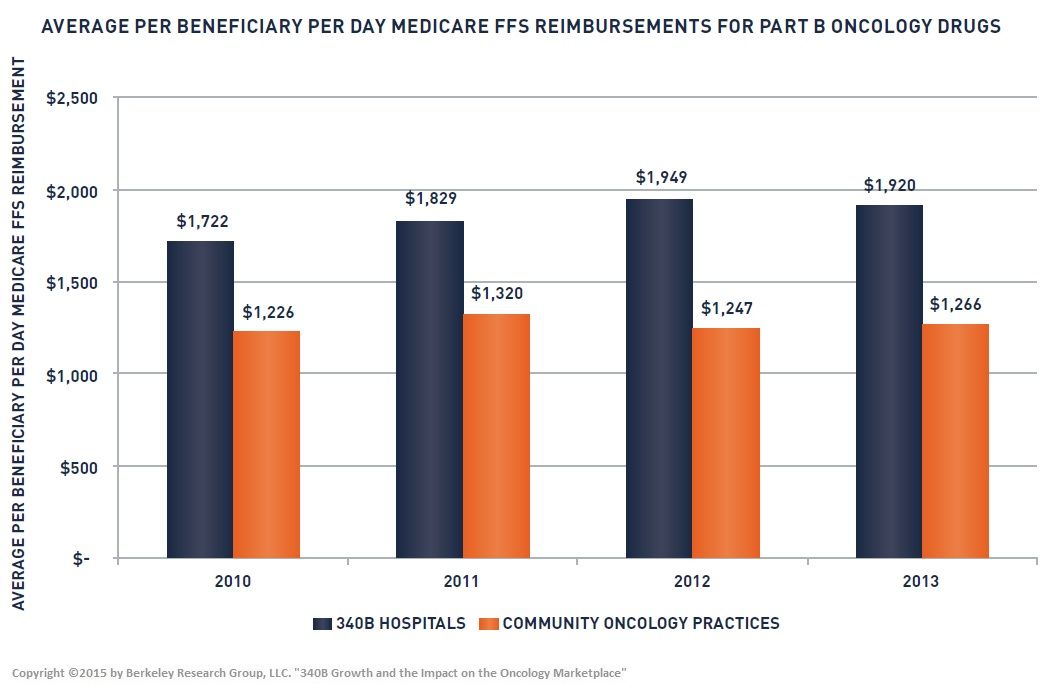