Researchers, as well as a patient who had chronic lymphocytic leukemia (CLL), hailed the findings as a cure, although more work needs to be done to see if the results persist in a larger group of patients.

The results were published Wednesday in the journal Nature.

The trial, conducted at the Abramson Cancer Center and the Perelman School of Medicine at the University of Pennsylvania, led to the approval in 2017 of the first CAR T-cell therapy, tisagenlecleucel (Kymriah), for children and young adults with B-cell acute lymphoblastic leukemia. The indication was expanded in 2018 to include adult patients with relapsed or refractory large B-cell lymphoma after 2 more lines of systemic therapy.

In CAR T-cell therapy, a patient’s own genetically modified T cells are engineered to express receptors that latch on to a specific cell surface protein, connecting them to cancer cells to be destroyed.

CLL is the most common type of leukemia in adults. The 2 patients in the study received their CLL diagnosis in 1996 and 2000. A statement from the University of Pennsylvania said that one of the patients lived until early 2021, when he died of complications stemming from COVID-19.

The other patient, Doug Olson, 75, is healthy and in interviews this week said he was cured. In 2018, The American Journal of Managed Care® interviewed Olson after he participated in a Medicare Evidence Development and Coverage Advisory Committee meeting about the use of patient-reported outcomes in coverage decisions for CAR T therapy. 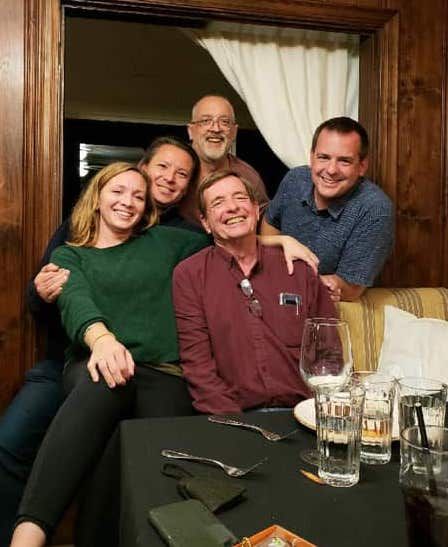 In the study, the investigators described how the CAR T cells changed over time, as CD8+ cells, after the initial round of killing off the malignant cells, transformed into CD4 cells and became the dominant group in both patients. The CD4 cells then continued to proliferate, exhibiting the ability to keep CLL in remission.

In a statement, the university said the “surprising finding of CD4+ cell dominance led researchers to rethink the possibility that CD4+ T cells may be primarily responsible for distinguishing T-helper from T-cytotoxic cells.”

“We can now conclude that CAR T cells can actually cure patients with leukemia,” Carl June, MD, the 2015 Giants of Cancer Care® award winner for immuno-oncology, said during a press briefing, OncLive® reported. June serves as the Richard W. Vague Professor in Immunotherapy at Perelman.

“The reason we can now say this is a cure, from a scientific point of view, is these are the most mature, the oldest results reported in the scientific literature,” he added. “At this point 10 years on, we can’t find any leukemia cells and the CAR T cells are still on patrol and on surveillance for residual leukemia. We need many more patients to be followed but at least in these first 2 patients, 10 years on, there is no more leukemia.”