Apar Kishor Ganti, MD, who chairs the Small Cell Lung Cancer Committee of the National Comprehensive Cancer Network, spoke with The American Journal of Managed Care® (AJMC®) about current issues in small cell lung cancer, including the need to include patients in clinical trials who are more representative of those in clinical practice.

Apar Kishor Ganti, MD, is professor of internal medicine, Division of Oncology & Hematology at the University of Nebraska Medical Center. He specializes in research and care for patients with head and neck and lung cancer at the Omaha VA Medical Center and the University of Nebraska Medical Center. Dr Ganti is a member of the Respiratory Committee of the Alliance for Clinical Trials In Oncology, which is responsible for designing clinical trials in lung cancer. He chairs the Small Cell Lung Cancer Committee of the National Comprehensive Cancer Network. Dr Ganti spoke with The American Journal of Managed Care® (AJMC®) about current issues in small cell lung cancer, including the need to include patients in clinical trials who are more representative of those in clinical practice. This interview is lightly edited for clarity.

AJMC®: Let’s discuss recent data presented in April at the American Association for Cancer Research Annual Meeting regarding adebrelimab plus carboplatin and etoposide in extensive-stage small-cell lung cancer. What are your clinical takeaways from these results?

Now putting these things into perspective, this trial in the United States and actually worldwide, there have been 2 other studies that have shown that adding a checkpoint inhibitor to platinum etoposide chemotherapy improves overall survival in this group of patients—the CASPIAN study that looked at durvalumab with chemotherapy, and prior to that, the IMpower 133 study that looked atezolizumab with chemotherapy. Both showed almost similar findings in terms of improvement of overall survival in this patient population. So, my takeaway is this is a third trial that shows that an immune checkpoint inhibitor added to chemotherapy improves overall survival compared with chemotherapy alone. Will this study change practice? I'm not sure, simply because I did not see anything in this particular trial that is significantly different or an improvement over our current standards of care, which is the addition of atezolizumab or nivolumab to platinum etoposide chemotherapy. You could argue that if you look at the individual trials and the overall survival, numerically, this particular trial had a higher overall survival of over 15 months, whereas the 2 other trials were about 12.8 to 13 months. But again, the other thing to look at is in this trial, the comparator arm, or the standard of care arm also had a higher overall survival numerically compared to the 2 other studies that we discussed. And so, I'm not sure this study or this particular drug necessarily is better than the 2 that we currently have in practice. So, in that regard, I think it is “me, too” study rather than a real practice changer.

AJMC®: As you mentioned, this study is in a Chinese population. Based on studies you see done domestically here in the United States, what are some of the greatest challenges you see when we are researching, and treating small cell lung cancer?

Ganti: Small cell lung cancer is an interesting disease in the sense that it is very aggressive from the beginning, and patients need treatment almost immediately once they're diagnosed—especially in extensive stage small cell lung cancer, where the median life expectancy without treatment is approximately 6 weeks. So, there is a push to try and get these patients treated as soon as possible. In that sense, any trial with extensive stage small cell lung cancer that is able to enroll these many patients must be commended. Because there's simply not that much time to treat these patients and we have to start treatment right away. The challenge is anyone who's enrolled patients onto clinical trials knows is that getting all the regulatory paperwork once you approach a patient for a trial takes some time. And that has been one of the biggest challenges in trying to enroll patients onto small cell lung cancer trials.

AJMC®: You talked about the barriers to clinical trial enrollment. How can we design clinical trials that are more inclusive to the true population of patients that you are treating day to day in small cell lung cancer?

Ganti: One of the big things that we need to do is liberalize the inclusion and exclusion criteria in clinical trials. For example, like I mentioned earlier, most of these studies will currently allow only good performance status patients to be enrolled into small cell lung cancer trials—for that matter, any clinical trial for any type of cancer—thus avoiding that and making it more liberal to replicate what we normally see in clinic would be very important. The American Society of Clinical Oncology has taken the lead in this and has put together some guidelines for clinical trials and drug development. And I think sponsors should be to take that into account and try to make criteria as liberal as possible compared with the current restrictive inclusion criteria.

Ganti: Brain metastases are very common in small cell lung cancer. If you look at the lifespan of life cycle of small cell lung cancer, the vast majority of patients will develop brain metastasis at some point in time during their cancer course. Estimates have ranged from anywhere between 50% to 60% to about almost a 100%. So, it is a significant problem in the small cell lung cancer. As far as treatment of brain metastases are concerned, I tend to look at brain metastases in terms of whether they are present at diagnosis or develop afterwards. If they're present at diagnosis and the patient is not symptomatic from their brain metastasis, my approach is to trying to treat them with chemotherapy and immunotherapy and have systemic treatment with this combination control the brain metastases. And that usually happens most of the time. If, on the other hand, the patient is symptomatic at diagnosis, then whole brain radiation has been the mainstay of treatment of brain metastasis. However, more recent studies have shown that similar to other cancers, stereotactic radiosurgery is almost equivalent; again, these approaches have not been tried compared in head-to-head in randomized clinical trials, but based on what we currently understand, stereotactic radiation therapy may be an option in patients who have limited metastatic disease. And that number seems to depend on individual to individual in terms of radiation oncologists. If you have few specific lesions, you could treat them with stereotactic radiation.

AJMC®: You've touched on some emerging clinical trials. What other treatments or upcoming trials are you most looking forward to, to help better understand small cell lung cancer?

Ganti:There are a number of various agents currently being studied. And there was a recent study that I saw a press release for using a novel class of agents called TIGIT inhibitors, T-I-G-I-T, which is a type of immune therapy in combination with immunotherapy. And that study did not show an improvement in progression-free survival when compared to chemo immunotherapy with atezolizumab. But I think that that group of drugs that TIGIT inhibitors, we need to study them and not throw them away. So that is an exciting group of drugs that I would like to see. There are other novel combinations of immunotherapy agents, which I would like to see there is a drug called relatlimab, which is a LAG3 inhibitor. It has been approved from melanoma that seems to improve the efficacy of immune checkpoint inhibitors. So that is something that I would interested in, but more importantly, I'm interested in future studies looking at various subtypes of small cell lung cancer that I mentioned earlier, and targeted therapies driven specifically to those individual subtypes.

We are slowly starting to understand the different subtypes of small cell lung cancer. There may be specific ones that may be more responsive for immunotherapy, and there are other subtypes that I have potential targets for which we could focus on using agents directed against the targets. So those are what I'm looking forward to in the near future.

AJMC®: Would you like to offer any closing thoughts?

Ganti:I know I talked a lot about how small cell lung cancer is a recalcitrant disease, and we need to do better in times of identifying better treatments. But one thing that I'd like to emphasize is that our uptake of the currently available treatments itself is not all that great for various reasons. People have done real-world studies and have found that a significant minority of patients don't get guideline specific treatment based on what we know about small cell lung cancer today. So yes, while we have a long way to go in terms of research, I would emphasize that patients who are currently being diagnosed and treated with small cell lung cancer should get the guideline appropriate care that they need and deserve in order to try and improve outcomes.

EP: 2.SCLC Treatment: Current Landscape and Hope for the Future

EP: 4.Dr Alberto Chiappori on the Difficulties and Recent Progress in SCLC Research

EP: 6.After PD-1 Inhibitor Indications Are Withdrawn in SCLC, What Now?

EP: 7.Dr Daniel: “This Is Exactly How the Accelerated Approval Process Is Supposed to Work”

EP: 10.A Pharmacist’s Perspective on the Evidence for Lurbinectedin

EP: 14.Clinical Trial Criteria Should Be “Relevant” to the SCLC Population

EP: 17.Emory’s Haumschild on Need for Clinical Pathways in SCLC: “Not Everyone’s an Expert” 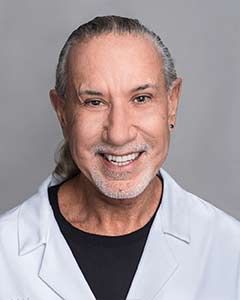 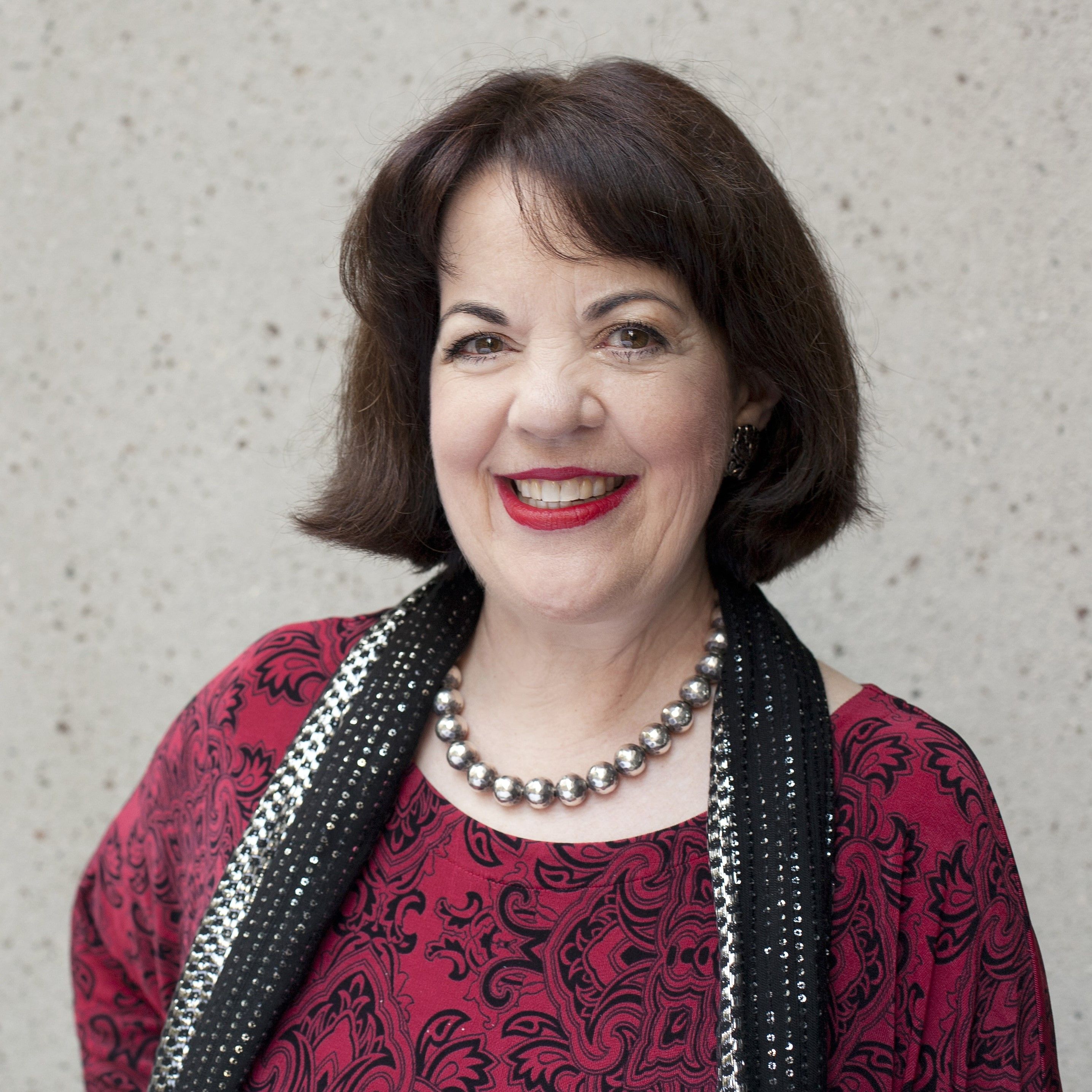