Kathryn Gold, MD, medical oncologist and associate professor of medicine at UC San Diego, who is a member of the NCCN guidelines panel for small-cell lung cancer, gives insight into the guidelines and the importance of frequent updates. 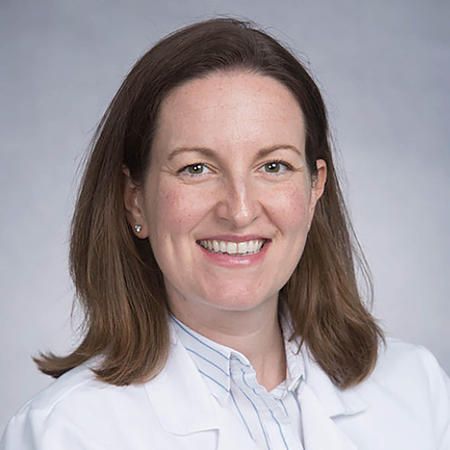 Small-cell lung cancer (SCLC) remains a challenging diagnosis for patients and physicians despite the progress made in more common non-small cell lung cancer (NSCLC) in recent years. With fewer targets and therapeutics available, mortality rates are low in SCLC compared with NSCLC.

Given the slower progress and fewer approvals, it is imperative that when there are updates on the research and regulatory side, physicians and patients are made aware of the options. The National Comprehensive Cancer Network (NCCN) produces guidelines across cancer types to help keep providers and even payers current on the drug armamentarium and optimal approaches for each patient.

The American Journal of Managed Care® (AJMC®) spoke with Kathryn Gold, MD, medical oncologist and associate professor of medicine at UC San Diego, who is a member of the NCCN guidelines panel for small-cell lung cancer, for insight into the guidelines and the importance of frequent updates.

The following has been edited lightly for clarity.

AJMC®: Can you discuss the need for frequent updates to NCCN guidelines as new therapies emerge in SCLC?

Gold: As a committee, we really think it's important to update the guidelines frequently with the latest information. Our standard procedure is an annual meeting where we really go over the entire set of guidelines from page 1 until the end, look at all the details, and see if there's any irrelevant things that need to be removed, discuss if there are any new things that need to be added. But between those annual meetings, we also have ad hoc discussions whenever important new data comes available—either a phase 3 trial, exciting phase 2 trial with really promising results, a new FDA approval, or an FDA withdrawal of approval, as has happened recently with several drugs. We’ll meet in between those annual meetings to update the guidelines about that. Those can be emails, they can be conference calls, but we do think it's really important to keep that up to date, because we know that busy clinicians are making decisions for their patients based on the information in there. I'm fortunate that I get to focus on only a couple tumor types. I focus on lung, head, and neck cancer, so that's all the data I need to know. But many doctors in practice have to focus on all different tumor types, so they may not be able to stay quite as involved in the research on any one tumor type, especially relatively rare tumor like small-cell lung cancer. So we know that people are relying on us to get the most up to date data for their patients to be able to figure out how to treat them. We also know that some insurers use our guidelines, as part of their decision making regarding coverage decisions, we do try to keep it updated for that reason, as well.

AJMC®: What are your thoughts on the recent withdrawals?

Gold: Yeah, so this is related to the FDA’s desire to get things approved quickly if they look really promising based on early data, but sometimes that early data doesn't pan out. So the 2 recent examples in small-cell lung cancer were nivolumab and pembrolizumab. And they both got accelerated approvals based on phase 1 and 2 data showing promising response rates for small-cell lung cancer. Both those FDA approvals required them to do larger confirmatory phase 3 trials with overall survival endpoints. And on those phase 3 trials, the survival endpoints were not met. Therefore, the FDA approval was withdrawn. Now, those are still listed on the NCCN guidelines, both nivolumab and pembrolizumab, kind of with a lower preference ranking to reflect that withdrawal of FDA approval.

AJMC®: The SCLC treatment landscape has been slower to evolve than in NSCLC. As you look ahead, where do you see potential for progress?

Gold: This has been a really disappointing thing in my career, and it's not for lack of effort. There have been a lot of good scientists, a lot of good clinical research done in small cell. But while we've seen really dramatic improvements in non-small cell lung cancer therapy in the past decade, as you mentioned, in small cell we have not seen such dramatic improvements. There have been some changes. We're now using immunotherapy, we're adding it to frontline chemotherapy for most of our patients. And that has a demonstrated overall survival benefit in 2 phase 3 trials right now. But other than that, how we treat small-cell lung cancer is really much of the same as how we treat it at the beginning of my career. I think, you know, scientifically, it's a different tumor, it tends to be a more rapidly progressive tumor, it doesn't seem to have the mutations that we can target. For example, in non-small cell lung cancer, we have mutations like EGFR and ALK and ROS1 that we have really effective targeted therapies to combat. We don't see those same mutations in small-cell lung cancer, and we really haven't found anything that we can use those targeted therapies for.

As far as potential for progress, I still think immunotherapy is a really attractive area, but it's clearly not the right answer for everyone. So we need to figure out who immunotherapy works for and who it doesn't. I think combination therapies of immunotherapy and chemotherapy or immunotherapy and targeted therapy, or targeted therapy and chemotherapy, that also offers some potential for benefit. And I also think we need to really explore the subtypes of small-cell lung cancer. You know, we've known for a long time now that non-small cell lung cancer, it's not all one thing. We've been able to use molecular profiling to find mutations or overexpressed proteins in an individual patient's cancer, and we've been able to use that to tailor a treatment regimen for patients. That's led to better outcomes, it's led to lower toxicity. We're only now starting to explore those same subtypes in small-cell lung cancer, too. We know that not all small-cell lung cancers are the same, so I think in the future if we can target small-cell lung cancer not all as one group but as molecular subtypes, I think that'll help to improve outcomes.

AJMC®: Over the summer, the NCCN recommended lurbinectedin in the second-line setting for patients with SCLC, where there are still not many options for treatment. What makes this particular setting difficult to treat?

Gold: The short answer is we don't know. The longer answer is that these are really aggressive tumors that tend to respond really well to chemotherapy at first. I mean, it's very gratifying to treat these patients in clinic at first, because you see someone coming in, they feel poorly, they have really a lot of tumor burden in their body. You start chemotherapy with platinum etoposide, sometimes with immunotherapy, and people feel better sometimes within days after starting chemotherapy. Normally, we do see a really dramatic response on CT scans to frontline chemotherapy as well, but the big problem is it doesn't last. We see these dramatic responses, but then months later the cancer comes back, and when it comes back to tends to be more aggressive. We do have some options in this setting—sometimes, we can go back to the first chemotherapy we used like platinum etoposide. Also, topotecan has long been an FDA approved option in this setting. But we know that the second-line treatments don't work as well as first-time treatments. Response rate rates aren't as high, and when responses do happen, they don't last as long, so we do definitely need more options for therapy there. Lurbinectedin was FDA approved based on phase 2 trial data with response rate data. This was another one of those accelerated approvals like we discussed with the FDA where it's going to be contingent upon a larger phase 3 trial. I think as far as the activity of lurbinectedin compared to topotecan, it's a slightly more convenient dosing. Topotecan requires 5 days of dosing every 3 weeks, whereas lurbinectedin requires just 1 day every 3 weeks, and it seems to be relatively well tolerated, so it's nice to have another tool in the toolbox. But this has been a landscape where we've seen so many drugs that have had promising data from phase 1 and phase 2 trials where we see response rates that look exciting, but then when it goes into a phase 3 data trial when it goes head to head versus topotecan, there have been so many drugs where it just hasn't panned out or those results have been negative— immunotherapy trials, antibody drug conjugate trials, chemotherapy trials, even though topotecan’s not a great drug and none of us love, it's been really hard to beat in phase 3 trials.

Gold: Lung cancer screening has become so important for early detection of non-small-cell lung cancer. We do recommend that many people with tobacco history, either current or former smokers, do get a once-yearly low dose CT scan to screen for lung cancer. So far that's been mainly effective in diagnosing non-small cell lung cancer early, and I think the reason why it's been less effective at reducing mortality from small-cell lung cancer is because small-cell lung cancer really grows so rapidly and spreads so early on in its course that it's hard to find it in that window of time where it might be potentially curable before it spreads elsewhere. I think once a year having a scan, there's a chance that the small-cell could pop up in between scans, so unless you can find it in that really short interval between when it develops into a lung nodule versus when it spreads distantly, you're not going to really decrease the mortality. I think with other fast growing cancers that's been a problem with screening, as well—things like pancreatic cancer. So it’s very different from non-small-cell lung cancer, from breast cancer, or from colon cancer where they tend to be slightly slower growing tumors, so I don't think we're going to be able to find a screening strategy that's really going to reduce our mortality here. I think the most important thing is going to be prevention. We know that small-cell lung cancers are highly associated with tobacco use, both duration and intensity of use, as well as the age that people started smoking. So getting people to quit smoking, and more importantly, I think getting young people to not start smoking, is really going to be the key to reducing mortality from small-cell lung cancer.