Racial and Ethnic Disparity in Palliative Care and Hospice Use

ABSTRACTObjectives: Prior research has demonstrated differences across race and ethnicity, as well as across geographic location, in palliative care and hospice use for patients near the end of life. However, there remains inconsistent evidence regarding whether these disparities are explained by hospital-level practice variation. The goals of this study were to evaluate whether inpatient palliative care consultation use and discharge to hospice differed by race/ethnicity and whether hospital-level variations explained these differences.

Conclusions: Our results illustrate significant variation across hospitals in palliative care consultation use and discharge to hospice. No significant racial/ethnic disparities in the use of either palliative care or hospice at the end of life were found within hospitals.

Multiple studies have shown that hospitals with inpatient palliative medicine consultation teams reduce direct costs,1-6 decrease intensive care unit utilization,3-5,7 and improve quality of care.7-9 In addition, patients who receive an inpatient palliative care consultation are more likely to be referred to and enroll in hospice care.3,10,11 Despite recent evidence that hospice use among racial and ethnic minorities has increased, racial disparities in palliative and end-of-life care persist.12-15

Further, substantial variation exists across hospitals in end-of-life care,23 and several studies have reported that racial discrepancies in end-of-life treatment intensity and cost were partially explained by geographical region and institution.24-26 However, Hardy et al27 found uniform racial disparities in hospice use in urban and rural areas alike. Also, although interdisciplinary consultation teams are commonly used in palliative care in the hospital setting,28 there is substantial variation in the structure and organization of those programs. It remains an open question whether observed differences in palliative care and hospice use among racial and ethnic groups are due to hospital-level variation or disparities within hospitals. The objectives of this study were to (1) compare inpatient palliative care consultation and hospice use by race/ethnicity for hospitalized patients at the end of life and (2) evaluate the extent to which variation in the receipt of inpatient palliative care consultation and hospice use were explained by hospital site versus race/ethnicity and other patient characteristics.

This was a retrospective study of discharge-level data for 2012 to 2014 from 4 hospitals with a fellow (physician, nurse, social worker, or chaplain) participating in the Coleman Palliative Medicine Training Program.29,30 The purpose of the training program was to improve access to and quality of palliative care services in Chicago. The study protocol was approved by the Rush University Medical Center institutional review board. Hospitals provided data for end-of-life patients, defined as those who were discharged to hospice or died during the hospital stay, and indicated whether each patient received an inpatient palliative care consultation during the final hospitalization. The hospitals were located within the Chicago metropolitan area and included 2 academic medical centers and 2 community hospitals, with a combined total of more than 80,000 discharges annually. The time frame included discharges between January 2012 and December 2014. When a patient had multiple hospital admissions, only the last admission was included in the analysis. The sample was further limited to patients with a race or ethnicity of non-Hispanic white, non-Hispanic African American, or Hispanic.

T tests and χ2 tests were used to assess differences in patient characteristics by race/ethnicity, receipt of inpatient palliative care consultation, and location of death. Standard binary logistic regression models were constructed to test the association of race/ethnicity with receipt of an inpatient palliative care consultation using different sets of controls and assumptions regarding the influence of hospital site. The first model included race/ethnicity and other patient characteristics as covariates, and the second model added hospital site as a covariate. Goodness of fit was compared across the models using a likelihood ratio test and by comparing the Aikake information criterion and Bayesian information criterion.31 Predictive accuracy was assessed by comparing the area under the receiver operating characteristic (ROC) curve. In a sensitivity analysis, hierarchical binary logistic regression models that included hospital site as a random intercept and all patient characteristics as covariates were used to evaluate whether hierarchical models improved goodness of fit. For the hierarchical models, the interclass correlation and proportion of variance within the model explained by site were reported.

An analogous series of models was constructed with location of death being hospice as the dependent variable. A level of significance of .05 was used for all statistical tests. Data were analyzed using SAS version 9.3 (SAS Institute; Cary, North Carolina).

Overall, 5613 patients were discharged to hospice or died in hospital between January 2012 and December 2014, and 42.9% had a reported race/ethnicity of white, 43.8% African American, and 13.3% Hispanic. A larger proportion of African American patients received an inpatient palliative care consultation than white or Hispanic patients, but there was no significant difference in location of death by race/ethnicity (Table 1).

In the binary logistic regression model with patient characteristics only (Table 2; detail in eAppendix Table 1 [eAppendix available at ajmc.com]), the likelihood of consultation was significantly higher for African American relative to white race/ethnicity (odds ratio [OR], 1.14; 95% CI, 1.01-1.29), and the model had moderate predictive accuracy, with an area under the ROC curve (AUC) of 0.65. Inclusion of hospital site in the model improved the AUC to 0.71, and race/ethnicity was no longer significantly associated with receipt of inpatient palliative care consultation.

In the initial binary logistic regression model for hospice, Hispanic race/ethnicity was associated with an increased likelihood of hospice use (OR, 1.27; 95% CI, 1.06-1.53) compared with white race/ethnicity, and the predictive accuracy of the model was 0.73 (Table 3; detail in eAppendix Table 2). The inclusion of site increased the predictive accuracy of the model, and the likelihood of hospice remained significantly higher for Hispanic race/ethnicity (OR, 1.22; 95% CI, 1.01-1.48). Additionally, patients who received an inpatient palliative care consultation were more than 4 times as likely to be discharged to hospice (OR, 4.20; 95% CI, 3.68-4.78). Accounting for hospital site as a random intercept did not improve model goodness of fit or predictive accuracy for receipt of a palliative care consultation or discharge to hospice (results not shown).

The findings for Hispanic patients differ from those of much of the literature on hospice use. For example, in 2017, just 6.4% of Medicare hospice enrollees were Hispanic.32 One potential explanation for low hospice enrollment by Hispanic patients is that they are more likely to be uninsured or have Medicaid coverage than white patients. In 2016, 22% of Hispanic adults aged 18 to 64 years were uninsured and 24% had Medicaid coverage compared with just 9% of non-Hispanic white adults being uninsured and 17% having Medicaid coverage.32 The association between Medicaid/uninsured and underutilization of hospice care in Hispanic patients was thought to be mediated by higher rates of poverty and lower likelihood of having a designated primary care provider who would endorse the patient as being eligible for hospice by virtue of an expected prognosis of 6 months or less.33 In this study, having Medicaid or Medicare did not predict lower likelihood of utilization of hospice.

Consistent with our finding of significant practice variation across hospital sites, other research has found that hospital structural factors, such as hospital bed size, ownership, teaching status, and not-for-profit status, are associated with health outcomes,34-36 suggesting that institutional differences in resource availability, training, and culture may play an important role. Additionally, for palliative care consultation use, patient race/ethnicity was no longer a significant predictor after accounting for hospital site. Variation in the structure and experience of the palliative care teams across hospital sites in our study may explain the variation in both inpatient palliative care consultation use and hospice use. Two of the hospital sites had relatively new and smaller palliative care teams. Additionally, the 4 hospitals in our analyses served somewhat different patient populations. There was marked variability in average household incomes for the zip codes of the communities surrounding the study hospitals, with the income of one hospital’s zip code being 59% higher than that of another. Further, some of the hospital effect may have been associated with differences in admission source, including the proportion of patients with complex critical diagnoses, particularly patients in septic shock, who were transferred from other hospitals due to their illness complexity. Future work should examine patient admission source to disentangle the impact of hospital quality from patient complexity.

Although the median income of Hispanic patients in Chicago is just 57% of that of non-Hispanic whites, the percentages of families living in extreme poverty (ie, median household incomes of less than $15,000 per year) are relatively similar, at 12% for Hispanic households versus 10% for non-Hispanic white households.37,38 The younger age of Latino decedents in this study sample is reflective of the general Latino population in Chicago, where the average age of Latinos is 25 years, 13 years younger than that of non-Latino whites. The younger age of decedents may also suggest that family caregivers are younger and therefore better able to assume caregiver roles for their family member at the end of life. Additionally, some indications suggest that the Latino community in Chicago, which is 75% of Mexican origin, has more social ties and higher kin support,39 which may also account for the higher observed rates of hospice.40

Not surprisingly, a strong relationship existed between receiving a palliative care consultation and hospice discharge. Patients who received an inpatient palliative care consultation were 3.58 times more likely to be discharged to hospice compared with patients without a consultation, before accounting for hospital site. When accounting for the role of hospital, the likelihood increased to 4.20 compared with those without a consultation, which suggests substantial variation in this relationship across the 4 sites. Multisite studies that do not account for hospital site may overlook an important source of variation in hospice enrollment.

Our data include discharges from 2012 to 2014, and it is possible that use of palliative care by racial and ethnic groups at the end of life may have differentially changed over time. Nationally, however, the proportion of Medicare beneficiaries receiving hospice care by race and ethnicity has remained remarkably consistent, with 8.6% being African American and 6.9% Hispanic in 2012 compared with 8.2% and 6.4%, respectively, in 2017.32,41 According to data from the National Hospice and Palliative Care Organization, white Medicare decedents were more likely to use hospice care (33.8%) compared with African American (27.1%) and Hispanic (28.0%) Medicare decedents, although these statistics were not risk-adjusted and may reflect differences in the underlying reasons for death.32 Future work should examine patterns of palliative care and hospice utilization over time by race and ethnicity to better clarify whether use of these services has become more similar or differences have widened.

Although this study provides new insight into the role that hospitals play in end-of-life outcomes, there are several important limitations. Our analysis used retrospectively collected data that were principally for administrative purposes and did not include detailed information regarding psychosocial support, social ties, or other social factors. Additionally, data on palliative care consultations were during the final hospital stay, and therefore, our estimates regarding receipt of an inpatient palliative care consultation are a lower bound, given that consultations could have occurred prior to the final hospital stay. Additionally, although we evaluated the association of patient race/ethnicity on palliative care and hospice use, information about the race/ethnicity of the clinicians or hospital staff caring for the patients was unavailable. Future work should evaluate the potential impact of racial/ethnic concordance of patients and clinicians to understand whether having hospital staff who are racially and ethnically similar to patients improves end-of-life care.

Download PDF: Racial and Ethnic Disparity in Palliative Care and Hospice Use 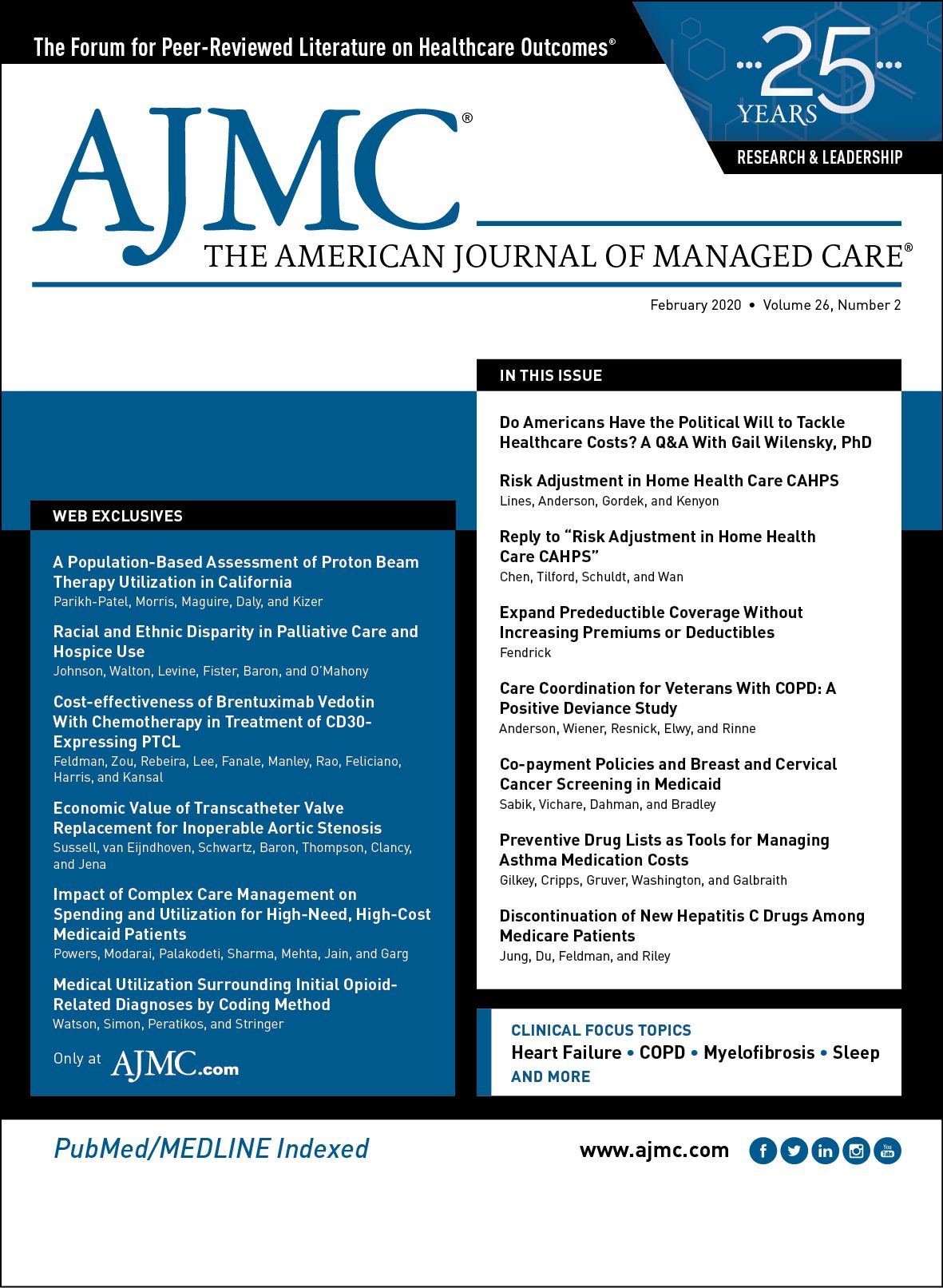