Shining a Light on the Dark Practice of Rx Price Gouging 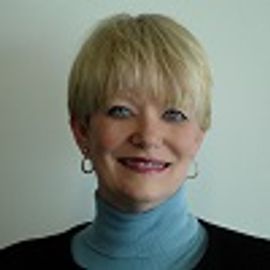 Ms Jacobs is the chief operating officer for PCG Software and has more than 25 years' experience in the healthcare industry, encompassing both administrative and clinical arenas. Prior to joining PCG, Ms Jacobs was the administrative director, medical management for VertiHealth Administrators. Previously, she was an independent consultant in ambulatory care and practice management, where her clients have included hospitals, physician groups, and the University of California, Los Angeles.

Drug prices are rising faster than any other area of healthcare, but solutions aren't so simple. Easing barriers to competition, promoting approval of generic drugs, and increased transparency would help.

Remember Martin Shkreli, the indicted former CEO of Turing Pharmaceuticals, who increased the price of HIV treatment 5,000%, from $13.50 to $750 a pill overnight? How could those who saw his image forget how this villain became even more dastardly when, to avoid incriminating himself, he invoked the 5th amendment, smirking before a congressional committee and tweeting that they were “imbeciles”? Shkreli embodied everything that’s wrong with drug price gouging today.

Drug profits continue to rise faster than any other healthcare sector, affecting approximately half of all Americans and 90% of seniors who take a prescription drug. Prescription drug spending spiked 12% in 2014 — the largest increase in a decade – helping the United States maintain the dubious distinction of paying the highest costs for drugs in the world. Prescription drug spending in the US was approximately $457 billion in 2015, or almost 17% of overall health spending. Three-quarters of the public thinks drug costs are too high as drug makers continue to raise prices on branded drugs and cost savings in generics slow.

Many factors drive drug prices. Greed by pharmaceutical executives like Shkreli is only one of them. New medications for hepatitis C drive overall upward costs because they can be used by millions of people. Because they are used by small populations for a short time, specialty drugs for rare or complex conditions do not make as much impact, but still inflate the bottom line.

According to the Tufts Center for the Study of Drug Development, the cost of developing a prescription drug that gains market approval is $2.6 billion. The drug companies’ argument that R&D costs account for high drug costs is bogus, because much of the basic science research is conducted by government-funded researchers and agencies like the National Institutes of Health. Furthermore, America bears the brunt of development costs for drugs sold across the world, often at significant discounts to what we pay in this country.

Mergers and acquisitions cut competition, allowing drug companies to raise medication prices across the board. Healthcare fraud contributes further to costs, adding almost $100 billion or approximately 10% to annual Medicare and Medicaid spending. The news is full of pharmaceutical manufacturers paying kickbacks to providers, clinics functioning as “pill mills,” and perpetrators recycling drugs by pre-signing thousands of prescriptions for drugs for fake patients, falsifying the records and billing the prescriptions for the fake patients and then reselling the drugs to obtain more reimbursement.

When drug prices escalate, health plans may remove certain expensive medications from their formulary, eventually raise insurance premiums and demand patients pay more out-of-pocket expenses. As medications become pricier, some patients seek cheaper and sometimes unproven alternatives from places like Mexico and Canada, raising safety issues. Others take lower dosages than prescribed. Some patients stop taking their medications altogether, get sicker and face higher medical costs and even the prospect of death. An expensive drug like Harvoni for hepatitis C is expensive at almost $100,000 per 12-week treatment, but it’s less expensive than getting liver cancer or suffering liver failure and requiring chemotherapy or a liver transplant to stay alive.

Price gouging affects all of us as taxpayers, because government programs pay for half of all prescription drugs. The solution is not as simple as cutting prices; it requires a multifaceted approach. Medicare, the largest single US payer for prescription drugs, is by law not allowed to negotiate pricing directly with drug companies, which happens in some other industrialized nations. Both Democrat and Republican presidential contenders think the government should be able to set drug pricing, but I believe that would set a dangerous precedent. In my opinion, when the government gets involved, everything becomes more expensive. Consider how medication prices escalated when the government got into the drug business with Medicare Part D.

Value-based pricing makes sense. Drugs that work better should be more expensive than drugs that don’t work as well. Health plans and Pharmacy Benefit Managers need to increase their use of data analytics to compare medical data to pharmacy utilization so we can pinpoint the efficacy of treatment and more quickly isolate outliers in prescribing medications and flush out fraud.

Some new laws are encouraging, and currently there is congressional support for price controls on federally funded patented drugs, but Congress needs to do more. In 2015, there were 13 bills introduced to reduce the costs of prescription drugs, but many still languish in committees. If the industry is ready to take this challenge head on, there are 3 teps I’d recommend to reduce the prescription medicine:

1. Promote greater competition among drug companies to lessen the chances for price fixing.

2. Create more pathways for the governmental approval of generic prescriptions.

3. Encourage pricing transparency to provide a clearer picture of what treatment costs so we’re in a stronger position to negotiate with providers when facing a high deductible or if prescribed treatment isn’t covered by insurance.

Solutions don’t have to be expensive or complicated. Sometimes the simple act of taking all your medications into your doctor and having him or her reconcile your medications can save you money. It takes all of us playing our part as informed and engaged healthcare consumers to help bring drug prices down.

Ms. Jacobs is the chief operating officer for PCG Software and has more than 25 years’ experience in the healthcare industry, encompassing both administrative and clinical arenas. Prior to joining PCG, Ms. Jacobs was the administrative director, medical management for VertiHealth Administrators. Previously, she was an independent consultant in ambulatory care and practice management, where her clients have included hospitals, physician groups, and the University of California, Los Angeles.