The Politics of Cancer Care in 2016

Four panelists and 2 moderators discussed the issues surrounding cancer and healthcare in the lead-up to the 2016 presidential election during the National Comprehensive Cancer Network 21st Annual Conference.

Four panelists and 2 moderators from both sides of the aisle discussed the issues surrounding cancer and healthcare in the lead-up to the 2016 presidential election to open the second day of the National Comprehensive Cancer Network 21st Annual Conference. Will cancer find a spot on the health agenda in the election year? How will current healthcare policies and care models influence cancer care? 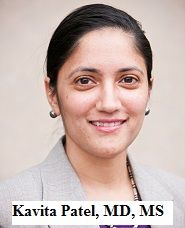 Patel asked each panelist to discuss what they recognize as stumbling blocks within the healthcare system in the United States, and what changes they would like to see.

“It is an exciting time overall for healthcare, with changes brought in by the Affordable Care Act (ACA) that have influenced Medicare and private market exchanges,” Bjorklund said. While efforts to better align the 3 “Ps”—patients, payers, and providers&mdash;are exciting, she thinks payment changes that drive the integration, are immersed in promise and unknown challenges. Bjorklund feels that integrating care delivery is a particularly difficult task because healthcare in the United States has historically been a fractured system.

Chen feels that the population in the country is not very enthusiastic about discussing healthcare. He believes that while politicians and policymakers want to have a rhetorical discussion, the actual substance of what will happen has its limits and boundaries. Cost of care is another significant problem facing the nation, Chen said, and politicians like to talk about it to gain mileage, the fact of the matter is that patients are struggling.

“I do think policymakers realize there is life in healthcare beyond ACA. While change will happen within boundaries, whether the current structure of bureaucratic organizations will be able to support the changes is crucial,” Chen added. 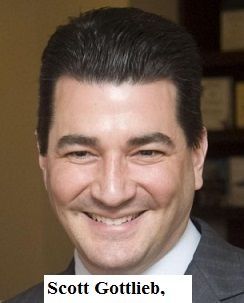 Fowler, who’s played a considerable role in the formulation of the ACA summarized what ACA has accomplished: 20 million previously uninsured individuals now have health coverage. “We have had the slowest growth of healthcare spending in the last 50 years. ACA payment changes are allowing innovation and collaboration in care delivery. Personally, I am worried about cost sharing. While insurers are trying to make deductibles affordable, cost sharing is heavy-handed on patients,” according to Fowler.

Gottlieb said that he’s not a big supporter of the capitation and bundled payment models. “Bundles make it difficult for providers to introduce new technology. The other thing that worries me is consolidation of private practices with health systems—it’s a process that will be very hard to unwind. These are sticky relationships that increase local monopolies. There is also evidence that productivity declines with these mergers,” he said.

He also highlighted some of the growing challenges faced by healthcare consumers: narrow provider networks and narrow formularies. “These will quickly become market standards,” Gottlieb believes.

His optimism hovers around the tsunami of innovation in medicine: not just drugs but also the platforms being used to deliver them. Gottlieb is also fascinated by the pace at which the technological advances are translated into practice.

How Does the Care of Cancer Patient Fit in This New Delivery System?

There is need for increased awareness on insurance coverage, especially in oncology Gottlieb asserted. “The government usually tries to regulate technology to control physician access, rather than directly controlling physicians in other direct ways.” Gottlieb thinks that there will be increasing control on access to, and use of, technology, which is politically and bureaucratically possible.

Fowler wants greater stakeholder collaboration—including the pharmaceutical industry. “We would like to be viewed as a partner at the table with payers and academia,” she said. “We don’t share a lot of data as yet, but this is one piece that’s still missing and there’s room for improvement there.”

Chen brought up the Medicare Part B demonstration project that was recently announced by CMS but is facing tremendous pushback from all quarters. “Healthcare discussions in the past have revolved around questions of coverage. I think the Medicare Part B demo will be a campaign issue…not the specifics of whether the add-on payment will be 2.5% or 4% or 6%, but what will be the government’s role in routine patient care.” In addition to the focus on reimbursement, Chen also expects questions around how academic medical centers will integrate with the current healthcare economy.

“When we look at payment changes, we keep looking for the sweet spot—on the policy side or clinically. All the efforts now with [accountable care organization] models and with bundling, it is to figure where the sweet spot is&mdash;right sizing the incentives for everyone in the system,” said Bjorklund. She stressed that the status quo just cannot be and that the government can play a significant role in the process.

Bjorklund has considerable faith in the promise of health information. “I think standardization of EHR [electronic health records] has been a long-sought goal…since the early 90s. We have, for some time now, heard suggestions for EHR to be converted into an open access system—to avoid vendor-capture of data and the other problems that we are currently facing with interoperability and to avoid silos.” She thinks that unlocking this data can have a lasting impact, especially with patient access to care and preventing duplication of testing. 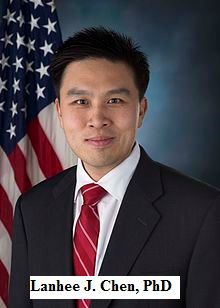 Chen reverted to the statement by Bjorklund, saying that the bigger question is managing the status quo, “Should we defend it or change it? Should we accept that the right thing is to move away to the Part B demo? Also how does the Part B demo work together with the [Oncology Care Model]?

The government’s pledge to support personalized medicine efforts in healthcare, and the follow-up with vice president Joe Biden’s Cancer Moonshot program, were brought up by Fowler. “We need to think of whether we are adequately prepared for these initiatives, especially in the way we pay for all of this. I don’t think that a fixed price for Part B drugs is the way to go, and if we disagree with these proposals, this is the time to speak up,” she added. “We are moving toward a value-based world…all systems within healthcare are moving there, but this is based on FFS, which can cause the movement to collapse. We need to collectively tackle this systems-level issue.”

Chen highlighted the need for changes in regulation within healthcare. “We need to step back and evaluate the existing regulatory system in healthcare…roles played by the FDA, the CMS…there’s a lot of innovation all around, and regulation needs to keep pace to ensure this seamlessly translates into healthcare.”