Immuno-Oncology 2016 and Beyond: The Opportunities, Challenges, and Risks

Michael V. Seiden, MD, PhD
The translation of immuno-oncology agents from the research to the practice arena may provide significant clinical benefit to patients with difficult-to-treat malignancies. The further development and marketing of these agents could escalate the discussion on care equity in a time of constrained resources. 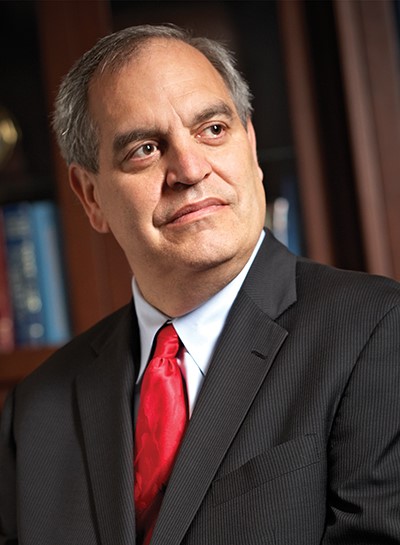 In the late 18th century, a young surgeon at Memorial Hospital, Dr William Cooley, learned of a patient with locally recurrent sarcoma of the head and neck that developed a raging local erysipelas infection caused by Streptococcal pyogenes arising in the necrotic tumor. According to the report, with each wave of fever, the tumor shrank and ultimately disappeared. Cooley searched the boroughs of New York and found the patient alive and well 7 years after his infection, with a large tumor-free scar on his face. Subsequently, Cooley developed various concoctions of bacteria and intentionally infected scores of patients with these toxins, which caused numerous untoward events and even deaths in patients. Curiously, his treatments also led to a collection of dramatic responses and, in some cases, cures.1

Fast forward to experiences with high-dose interleukin 2 (IL-2) and interferons for the treatment of individuals with renal cell carcinoma and melanoma.2 Although the clinical use of high-dose cytokines has led to important clinical insights and, in the case of high dose IL-2, a modest niche in the management of young individuals with cancer, it is reasonable to state that they have not changed the landscape of cancer therapeutics in a material way. Instead, they provide tantalizing clues that, if the immune system could be primed, expanded, and directed to the target (ie, the tumor), the patient might benefit. Their use also highlighted a few simple yet profound questions that required further research: namely, why don’t tumors more readily activate the immune system? Or, if they do lead to immune activation, how do these tumors escape destruction by the immune system?

Several recent developments in immuno-oncology (I-O) offer great opportunities and challenges for all stakeholders in the war on cancer. These include: These agents, along with a very long list of vaccines, antibodies, and small molecules that trigger immune cell activation, elimination of regulatory cells, or signals that extinguish the immune response, are likely to dominate therapeutic advances in oncology for the next 10 years.

Whereas results supporting the role of the immune system in treating cancer are actually a rediscovery of the work of Cooley, the profound impact of the most recent work is the likelihood that these agents, either alone or in combination (more likely), will democratize the delivery of effective immunotherapy for potentially millions of individuals worldwide in short order—something that neither Cooley nor those who developed high-dose cytokine therapy achieved. This democratization of therapy, with its potential for fantastic benefits in a subset of patients, will raise significant challenges for the healthcare community.

Life in our natural environment is not possible without a well-functioning immune system. The body is marvelously designed to recognize things that are foreign and then amplify a specific set of immune cells in concert with a variety of other inflammatory aide de camps to assist in the elimination of the invading bacteria, yeast, or viruses. Several sophisticated mechanisms exist to extinguish this immune response when the invading beast is eradicated, as ongoing inflammation and immune amplification are neither energy-efficient nor safe. Individuals born with or acquiring immune defects are prone to infection. Those with deregulated immune systems suffer the ravages of their own immune system directed against their normal tissues and joints with attendant disability.

Cancer arises from the accumulation of at least one, and typically multiple, mutations, which then translate into changes in the structure of key proteins, thus changing the function and the biology of the affected cell and converting the protein into a foreign protein, much like a virus carries proteins on its surface that are recognized as foreign. These mutations provide the cell with a growth advantage, as well as an ability to escape the bounds of its normal anatomical home.3 So why don’t these mutated tumors, which are now at least partially foreign, attract attention and ultimate destruction by the immune system?

A wealth of studies, well outside of the scope of this review, have demonstrated 3 interesting observations.3,4