Where Does Immuno-Oncology Fit in a Value-Based Care Delivery Model?

Bruce Feinberg, DO
Advances made in the field of immuno-oncology (I-O) in 2015 have greatly expanded our understanding of I-O and added more complexity to its value assessment. 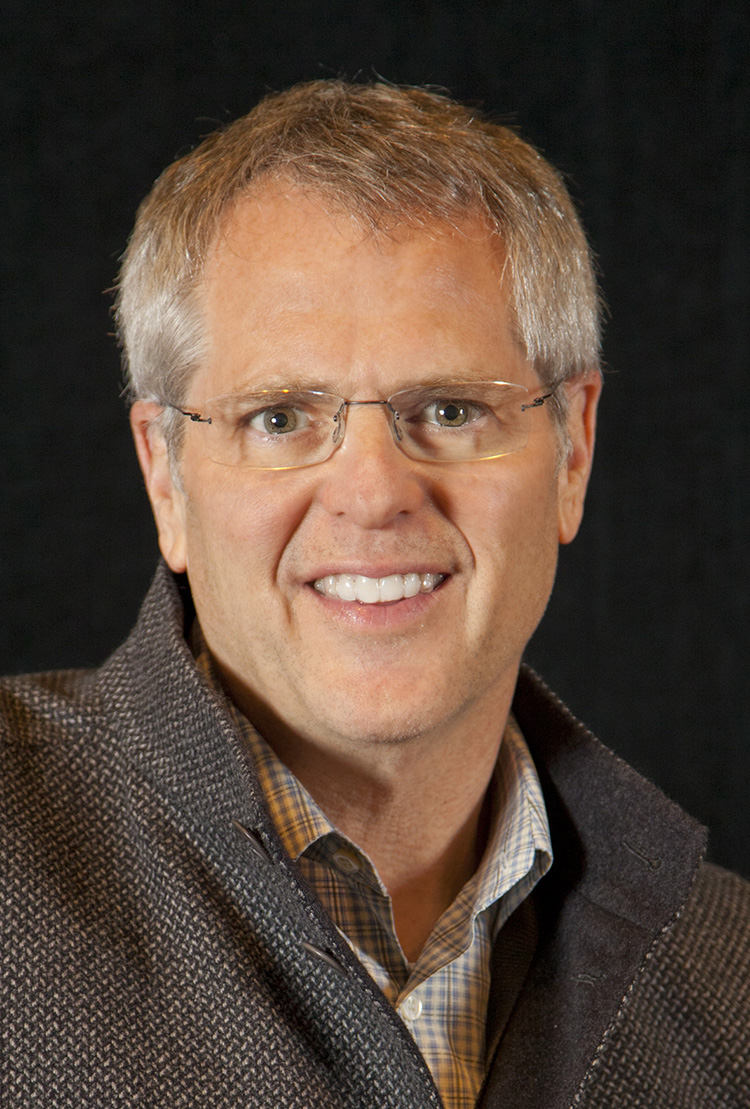 A year ago, the editors of Evidence-Based Oncology dedicated an issue to the rapidly expanding field of immuno-oncology (I-O). I was among the authors published in the issue with an article focused on challenges to stakeholder adoption of the programmed death 1 (PD-1) and programmed death ligand 1 (PD-L1) antagonist class of drugs.1 I concluded that article with the following thought: “The potential for broad antitumor activity agnostic to histology or complex genotype, rapid onset of clinical response, the relatively low toxicity profile of PD-1 and PD-L1 antagonists, and the possibility of T-cell memory resulting in durable responses differentiate this third generation of I-O agents from the preceding ones. We must remember, however, that these agents have toxicities, are prohibitively expensive, and are not currently curative. Informed stakeholders are likely to carefully weigh all these factors in their decision to adopt I-O drugs.”

One year later, the challenges to stakeholder value remain at the forefront of the discussion. An additional year’s knowledge and experience has resulted in: Our increased understanding of immune regulation is defining a taxonomy of I-O that thus far includes checkpoint blockade, chimeric antigen receptor T cells (CAR-T cells), and vaccines. Clinical observations have created challenges to longstanding research paradigms, as phenomenon like “pseudoprogression” complicate the response evaluation criteria in solid tumors during trial design. Advances made in the field in 2015 have greatly expanded our understanding of I-O and added more complexity to its value assessment.

One might say that IO was not just the oncology story but rather the medical story that went viral in 2015. Of the 10 most-read Medscape stories by oncologists in 2015, 5 were I-O–related. I-O stories were also 3 of the top 5 read by dermatologists on NEJM Journal Watch. Medscape’s top stories for the American Society of Hematology and San Antonio Breast Cancer Symposium (SABCS) included I-O.

The interest among oncologists, hematologists, dermatologists, other physicians, and the media might be explained by the prevalence of I-O research. A search on the American Society of Clinical Oncology (ASCO) Universityweb site suggests that more than 10% of the abstracts, posters, and presentations published by ASCO in 2015 were I-O–related, with search terms yielding astounding numbers: PD-1 = 846, PD-L1 = 498, and CTLA-4 = 101. The New England Journal of Medicine (NEJM) has published articles on I-O clinical trials with positive results in melanoma, lung cancer, colon cancer, Hodgkin’s disease, and renal cell cancer. If we extend the I-O discussion beyond NEJM and include CAR-T cells and vaccines, the list of published articles in 2015 for diagnoses favorably impacted by I-O therapy expands to include leukemia, lymphoma, glioblastoma multiforme (GBM), breast cancer, ovarian cancer, sarcoma, and more. At least one positive I-O trial was published in a high impact value medical journal and covered by major media outlets every month in 2015.

At the onset of 2016, the I-O market (excluding vaccines) is characterized by 3 marketed drugs while the pipeline features 37 drugs in clinical development; these include 2 cytotoxic T-lymphocyte-associated protein 4 (CTLA-4), 9 PD-1/PD-L1, and 26 novel immune checkpoint inhibitors. The impact of I-O on the treatment of cancer is of tsunami proportions—by some estimates, half of all current cancer clinical trials involve some form of immunotherapy.

Efficacy assessments that consider the time, depth, and duration of response remain the most critical determinant of value. Contrary to traditional cytotoxic chemotherapy, objective response rate (ORR) (both complete and partial) has not been the most remarkable feature of I-O treatment. This may be further complicated by what has been termed “pseudoprogression,” or the early and transient apparent increase in bi-dimensional tumor mass due to an inflammatory infiltrate. Originally described in the setting of GBM, it is now routinely observed in melanoma and lung, so much so that multiple web videos can be found on a YouTube search in which prominent I-O researchers explain the phenomenon to patients and physicians unfamiliar with the class of drugs. Rather than objective bi-dimensional radiographic response, it is the rapidity of clinical benefit and, more importantly, the durability of tumor control and increase in overall survival (OS) that differentiates I-O from prior therapeutic drug classes.

Treatment of metastatic disease is rarely curable, but in 2015, we learned that in the continued follow-up of melanoma patients treated with ipilimumab, approximately 20% of responders had survived for several years; more remarkable is that some patients are now 10 years without recurrence—truly raising the possibility of cure.2 Flattened slopes at the tail of survival curves have been seen in many of the I-O trials, but their significance remains uncertain given the short follow-up time in nearly all reported trials. Cancer researchers addressing OS have for years posited, “It’s all about the tail of the curve.” This common refrain has never been more compelling than with I-O; the possibility of cure may be the most provocative aspect of I-O value assessment.

Efficacy across a wide range of histologies was also established in 2015. Two checkpoint blockade drugs gained FDA approval for non–small cell lung cancer (NSCLC). The first was based on a study showing that patients previously treated with chemotherapy who received nivolumab had a 1-year OS of 42% compared with a 24% one-year survival rate for patients treated with docetaxel, a standard chemotherapy drug.3 Similarly significant results were noted in a study of pembrolizumab in NSCLC.4 Demonstration of superiority of I-O to standard salvage treatment was also confirmed in 2015 for renal cell carcinoma (RCC)5 and for Hodgkin’s disease.6 Additionally, in a triumph of bench-to-bedside research to be discussed a bit later, significant anti-tumor activity was demonstrated in selected patients with colon cancer.7 Three abstracts presented in 2015 at SABCS and at the annual meeting of the American Association for Cancer Research confirmed activity of I-O in the difficult-to-treat histology of triple negative breast cancer.8,9,10 The possibility of I-O having first-line indications for breast, lung, and colon cancer seems just over the horizon.

Some of the phase 2 clinical trials published in 2015 warrant specific mention, as they raise the possibility of new treatment paradigms for rare and refractory tumors. PD-1 blockade with nivolumab in relapsed or refractory Hodgkin's lymphoma published in NEJM is just such a study.6 Of the 23 study patients, 78% were enrolled in the study after a relapse following autologous stem-cell transplantation and 78% after a relapse following treatment with brentuximab vedotin. Grade 3 drug-related adverse events (AE) occurred in 22% of patients, but no grade 4 AEs were reported. An objective response was reported in 20 patients (87%), including 17% with a complete response and 70% with a partial response; the remaining 3 patients (13%) had stable disease. The rate of progression-free survival (PFS) at 24 weeks was 86%.

In another study, a relatively rare and refractory tumor, sarcoma, was the I-O target. The study, Human Epidermal Growth Factor Receptor 2 (HER2)-Specific Chimeric Antigen Receptor-Modified T Cells for the Immunotherapy of HER2-Positive Sarcoma, published in the Journal of Clinical Oncology,11 is the first published trial that evaluated the activity of CAR-T cell treatment in a solid tumor.11 Nineteen patients with HER2-positive tumors (16 osteosarcomas, 1 Ewing sarcoma, 1 primitive neuroectodermal tumor, and 1 desmoplastic small round cell tumor) received HER2–CAR-T cell infusions, which were well-tolerated with no dose-limiting toxicity. Of 17 evaluable patients, 4 had stable disease for 12 weeks to 14 months. Three of these patients had their tumor removed, with 1 showing ≥90% necrosis. The median OS of all 19 infused patients was 10.3 months (range, 5.1 to 29.1 months).

Efficacy beyond salvage therapy and first-line metastatic disease was established in 2015 with the first I-O drug to have an adjuvant indication in its label. The FDA approved an expanded label indication for ipilumimab based on results from EORTC 18071, a randomized, double-blind trial conducted in 951 high-risk patients with stage 3 melanoma who had undergone a complete lymph node dissection. Recurrence-free survival was significantly higher in the ipilimumab group compared with the placebo group at 1 year (63.5% vs 56.1%), at 2 years (51.5% vs 43.8%), and at 3 years (46.5% vs 34.8%). Patients in the ipilimumab group also were 25% less likely to experience melanoma recurrence than those in the placebo group (HR, 0.75; 95% CI, 0.64-0.90; P = .0013). Median recurrence-free survival was also better in the ipilimumab group (26.1 vs 17.1 months). Forty-nine percent of participants taking ipilimumab had a recurrence after an average of 26 months compared with 62% percent of those receiving a placebo. The analysis of OS data is pending.12

Whereas efficacy may be measured in the absolute criteria of a clinical trial’s primary endpoints (eg, PFS, OS, etc), value is both more complex and relative as a drug or regimen is assessed in the context of a broad therapeutic arsenal—especially a rapidly expanding arsenal. I-O is not only competing against the standard of care in trial design, but also against other novel therapeutics, the most compelling of which are the growing number of precision/targeted therapies. These new therapeutic classes (I-O and targeted therapies) are being tested against standards of care, with respective head-to-head testing likely years off. However, stakeholder value assessments will not patiently wait for such clinical research. They will more likely use new tools, such as value calculators, to make the cross trial comparisons that health economists have historically refused to validate.