Welcome to This Week in Managed Care, I’m Laura Joszt.

This week, the House Committee on Oversight and Reform launched a probe into drug pricing as well as the industry’s strategies to preserve market share, as the new Democratic Chair, Elijah Cummings of Maryland, followed up on longtime complaints about the high cost of certain biologics, as well as insulin.

The investigation began a day after The Washington Post examined rising insulin prices and patient rationing of supplies. Joslin Diabetes Center’s Robert A. Gabbay, MD, PhD, FACP, who is the editor in chief of Evidence-Based Diabetes Management™, told the Post, “It’s a very big problem. It’s a tragic barrier to care.”

Meanwhile, an analysis of HHS’ proposed Medicare Part B drug pricing proposal finds that it would reduce costs overall, but raise out of pocket spending for some seniors. Research in JAMA Internal Medicine looked at 75 brand-name drugs with the highest Part B spending in 2016.

Based on 2018 prices, those in Medicare with the low-income subsidy would benefit if their drugs moved to Medicare Part D. But those with Medigap policies would spend at least 1,460 dollars more per year.

As the government shutdown reached its third week, leaders in pharma worried that FDA would be forced to delay decisions for highly anticipated new drugs for diabetes, depression, multiple sclerosis, and HIV.

FDA Commissioner Scott Gottlieb, MD, took to Twitter with updates about bringing back food inspectors and keeping things moving with limited staff. But he warned that the PDUFA program, which sets deadlines for drug approvals, would run out of money if the shutdown continued. 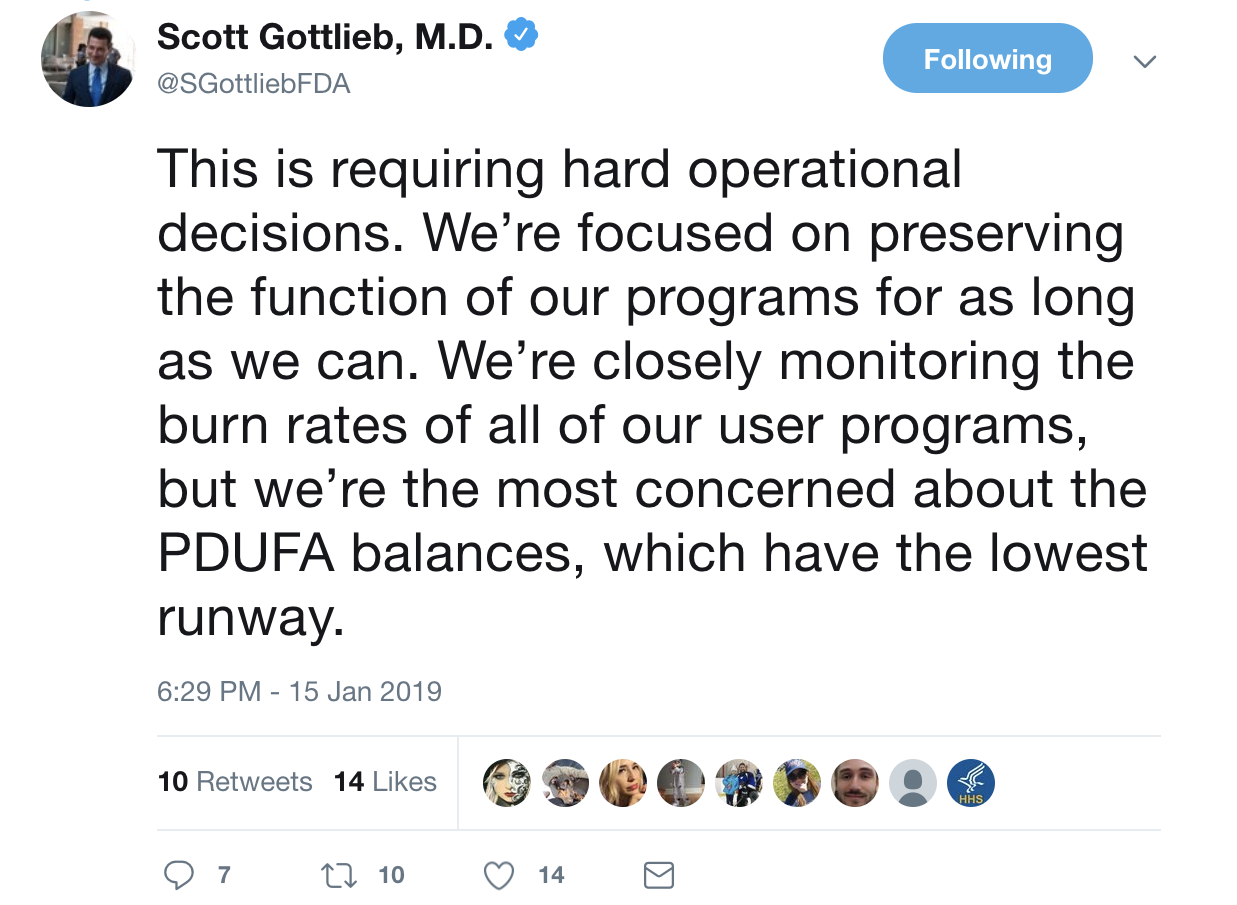 A federal judge in Philadelphia issued a nationwide injunction blocking the Trump administration rule that would have allowed more employers and universities to deny women access to birth control as called for under the Affordable Care Act.

The decision came a day after a California judge issued a stay on behalf of 13 states and the District of Columbia. An HHS rule issued 24 hours after Election Day let employers deny insurance coverage for contraception if they object on religious or moral grounds.

Pennsylvania Attorney General Josh Shapiro, who brought the case, said in a statement, “Families rely on the Affordable Care Act’s guarantee to afford care. . .Congress hasn’t changed that law, and the president can’t simply ignore it with an illegal rule.”

Sixty percent of the patients excluded from clinical trials are left out because of a comorbidity, which has made leading cancer groups rethink who should be able to take part in a trial.

The findings, published this week in JAMA Oncology, have gained the attention of the American Society of Clinical Oncology and the FDA, since only 5% of cancer patients now take part in clinical trials. Patients are often excluded for common conditions such as diabetes, hypertension, and hearing loss.

Based on a survey of 5,500 patients who took part in a trial decision-making process, the researchers found: Modernizing criteria could let researchers include patients with organ dysfunction, prior cancer, brain tumors, and HIV.

Highlights include: Listen to a discussion with an author of the last article in the latest Managed Care Cast.

And check out the full health IT issue.

For all of us at the Managed Markets News Network, I’m Laura Joszt. Thanks for joining us.