Having Cancer Saved My Life 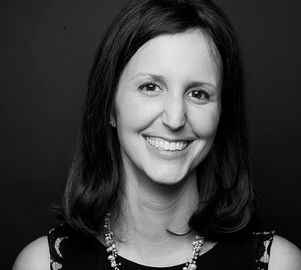 Samantha Eisenstein Watson, MBA, is the chief executive officer and founder of The Samfund. Sam is a 2-time young adult cancer survivor. After completing her treatment for Ewing's sarcoma and secondary myelodysplastic syndrome, she co-founded The Samfund in 2003 after recognizing a void in programs and services tailored specifically for young adult cancer survivors. She is an active member of the cancer community and an advocate for young adult survivors throughout the country. Sam holds a BA and an MBA from Brandeis University.

A Samfund grant recipient narrates her experience of being diagnosed young with cancer and how the support from The Samfund "made everyday school and life manageable."

There are many obvious expenses associated with cancer: medical bills, health insurance costs, prescription, and other co-pays. These alone can pile up and become overwhelming. But it’s also often the other, seemingly mundane, every day costs that make recovering from cancer—especially as a young adult&mdash;that much harder:

The Samfund is here to help with these and other expenses that most people forget about. When you’re in your 20s or 30s with little in the bank to begin with, and have more bills coming in than money to pay them, a thousand, or even a few hundred, dollars can mean the difference between having a home and being evicted, or staying afloat or declaring bankruptcy at an early age. Michele’s story is a perfect example of what can happen with a little bit of support at just the right time. After a scary and emotionally overwhelming experience, Michele has gone on to become a fierce advocate in the cancer community.— Samantha Watson, CEO, The Samfund

Not in the philosophical “I-changed-my-ways-and-am-a-good-person” kind of way, but in a practical kind of way. Thanks to being diagnosed with cancer, I had follow up scans every few months to make sure nothing unusual had popped up (ie, that the cancer was back), and the scans eventually led to the diagnosis of a rare, much deadlier disease. That’s the short version.

A series of scans over four months showed “nodules” in my lungs. Luckily (depending on my mood, that “luckily” is tinged with more or less sarcasm), the nodules were popping up so quickly that the doctors didn’t think it was cancer. They thought that was great news, and apparently, I was supposed to be thrilled. I wasn’t; I was 21 and in college, and I was terrified. Also, even though they didn’t think it was cancer, the doctors couldn’t figure out what was actually wrong, and the tests to identify the cause of these nodules became progressively more invasive and painful. After a particularly vicious surgery that required an epidural and the removal of a chunk of my left lung, my doctor was thrilled to inform me that, “It’s not cancer.”

My family and I had maybe a half breath of relief before the doctor continued.

He said it with enough enthusiasm that it seemed like it was positive news. But…shouldn’t a heart tumor be bad news?

(Note: the rest of the “quotes” are from my memory of a conversation from over a decade ago. The exact words might not be correct, but the overall feeling is captured accurately, I think.)

“You have a right atrial myxoma.” (The still overly enthusiastic doctor.)

The doctor explained that the heart has 4 chambers (okay, I was with him up to there; thank you very much, fifth grade biology), and 1 chamber, the right atrium, is the one that pushes blood out to the lungs. (Okay, still with him. Not remembering this specifically from fifth grade, but I didn’t think he was lying.) And I had a tumor in the right atrium of my heart.

And he lost me again.

“The blood flowing through your right atrium is traumatizing the tumor, causing pieces to break off and lodge in your lungs. The nodules we’ve been seeing in the scans of your lungs are caused by heart tissue that has deposited there.”

The tumor is traumatized? Really? Who cares about the tumor? I was feeling traumatized.

So I asked what every visual learner asks. “Um, can you draw that for me?”

He pulled out a crisp, new sheet of white paper and drew what looked, no joke, like a piece of cauliflower. There was a stalk and then a lumpy bit at one end.

“This part [motioning to the end with the stalk] is connected to the wall of your heart. Right now, pieces are breaking off from this area [motioning at the lumpy bits] and lodging in your lungs. If the stalk breaks or a larger piece breaks off, blood flow would be blocked.” Meaning that my heart would stop working, and I would die. Okay. Great. Wonderful. Totally understand now.

I won’t go into the gory and boring details of the next few years of surgeries and broken wires and rehabilitation and deep existential crisis, but over 4 years of 8 surgeries, I cried twice: once when I had radiation therapy and once when I was told I had a heart tumor. The rest of the time, I acted happy and strong, but I was really a grocery-store-meltdown waiting to happen. It took years of denial, repression, and some not-so-sober moments to realize that I was probably really going to end up on the ground of a supermarket wailing about cauliflower when I was in my 50s if I didn’t get a handle on the genuine fear swirling in my head.

I know. It doesn’t work logically that way.

But it worked for me! I used my personal experiences to supplement my professional career, with the help of patient organizations like The Samfund that provided the supportive grants that made everyday school and life manageable.

It may seem small, but the laptop and business interview clothes provided by The Samfund when I was in business school were what I needed to feel normal during a time when I felt completely un-normal. And now I have my dream job helping to develop treatments for rare diseases. Every day, I help patients who aren’t as lucky as I was, and I am so lucky and grateful that I can.