The study used data gathered by The Samfund from 2007 to 2013, based on grant applications submitted to the organization during that period. The Samfund awarded between 100 and 120 grants annually during that time period, to applicants who were between 17 and 35 years of age till 2012 and aged 21 to 39 years in or after 2013. Eligibility requirements for application defined cancer survivors as patients who were free of cancer for at least a year after completion of their treatment, in remission, or on maintenance therapy. To quantify the financial burden of cancer in YAs, a retrospective analysis was performed of the data collected from 334 of the applicants who consented to participate in the study. 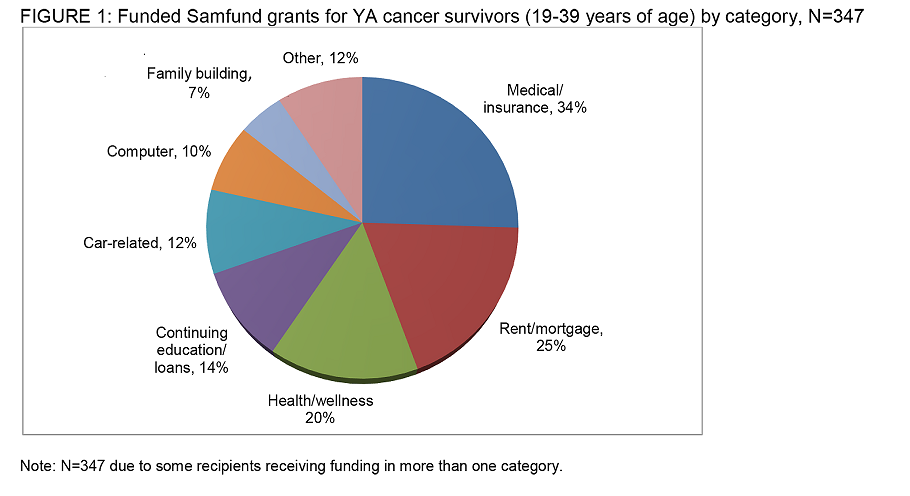 “We had a vast repository of program data from the past several years, and we knew this was an important story to tell because of the lack of a spotlight on young adults facing financial toxicity,” said Michelle Landwehr, MPH , Chief Operating Officer at The Samfund and lead author of the study. “While the recent Fred Hutchinson study brought additional notice to the financial difficulty faced by the cancer population at large, we rarely see anything that shows what the young adult population is dealing with.”

“We hear all the time from young adult survivors who have told us, anecdotally, that the subject of cost never even came up with their doctors; oftentimes they cope by completely ignoring the topic or otherwise they stress about it all the way through their treatment and long after, which is the last thing they need,” Landwehr added.

In addition to the cost of medication, hospital bills, copays and related treatment necessities, young adults are particularly affected by their station in life: they may have student loans, no established credit, and have no health benefits from jobs that they may have just started, if they are working at all.  Oftentimes, this population has had to stop work while undergoing treatment and has no income, while their bills continue to pile up and multiply. Given their age and life stage, they likely lack parental support but haven’t yet established significant savings of their own.

The analysis found a substantial financial burden among the study participants, who had significantly lower median income, greater out-of-pocket expenses, and lower net worth than YAs of similar age, the authors write, with the greatest burden observed among YAs older than 30 years of age—lesser parental support, dependent children, and home ownership were the likely causes of their financial hardships. Medical expenses increased with age and so did credit card debt among the older YAs. 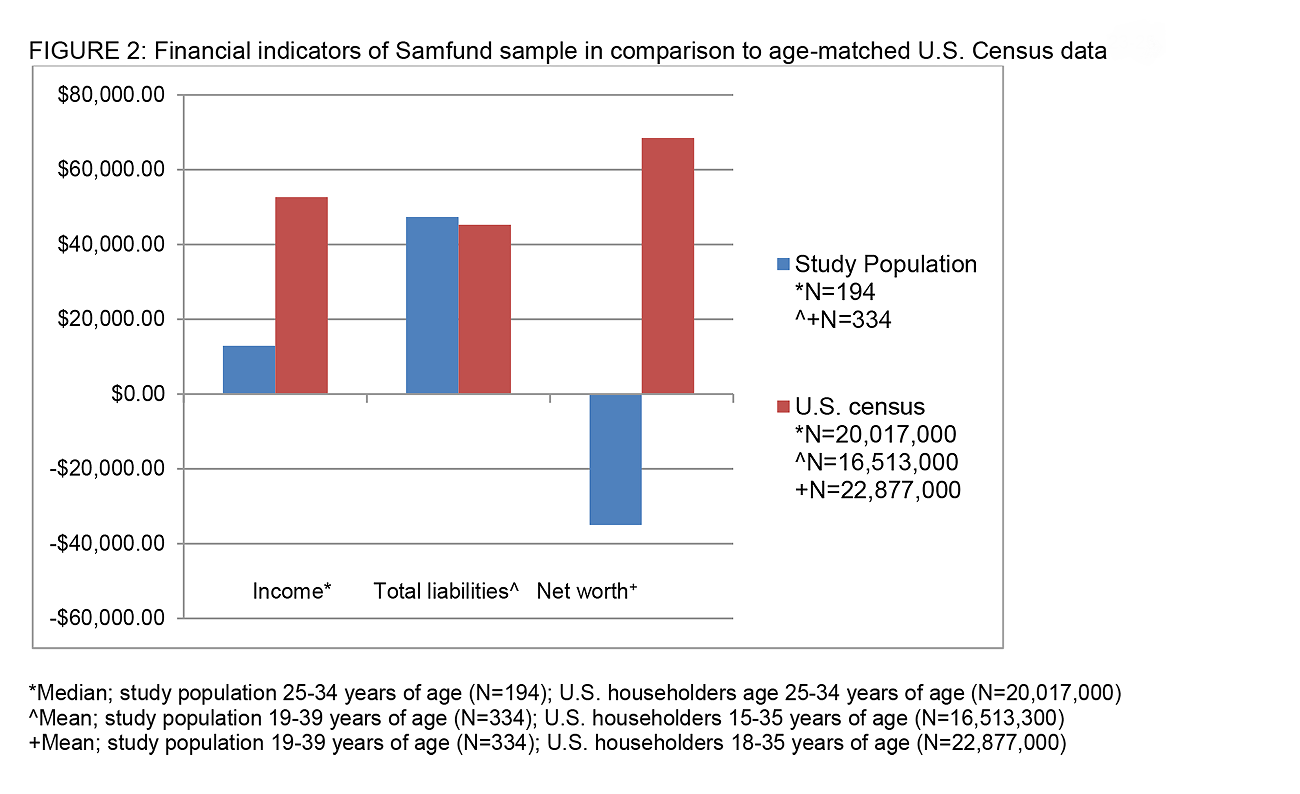 “We found that financial indicators of young adult cancer survivors are worse than their healthy peers in many domains. Further, young adult survivors in their 30s report more perilous pre-funding financial situations than younger grant recipients, who may be covered by their parents’ insurance policies,” said Rebecca Johnson, MD, senior author of the paper.

Read more on The Samfund's efforts in supporting the YA survivors at this blog.